The Point of Everything 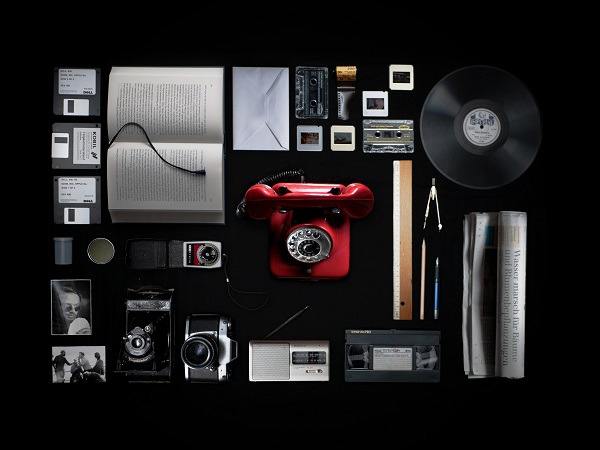 Photo by Julius Drost on Unsplash

When our son Lee was a child, he was with a friend watching television in our living room one afternoon when a spot commercial for MASH came on.  One of the male characters was trying to entice one of the female characters into a sexual liaison. He replied to her objection that she was married by saying, “So am I,” which was followed by an immediate laugh track. Lee and his friend laughed along with it. Joy was nearby and pointed out why infidelity is not funny. “Oh mom,” Lee said, “you are always trying to get to the point of everything!” We heard that later in the evening Lee’s young friend was watching television with her younger brother when the same commercial came on. The little guy took his cue from the laugh track and laughed along. The girl did not laugh however and told her younger brother that it really was not at all funny. This was really good “feedback” for us, letting us know that our “getting to the point of everything,” no matter how annoyed our kids may have felt in the present, was a worthwhile endeavor.

So, we weighed in on television content, radio, books, and movies, and we didn’t leave out song lyrics or album artwork either. We also addressed things that were being taught in school, and yeah, we pretty much “got to the point” of almost everything that might influence our children’s impressionable young minds. The reason is simple. Anything and everything which communicates information to us is preaching a particular world view, many of them radically antithetical to our Christian faith.

We are certain that many other Christian parents annoyed or are annoying their children as well.😊 We do this not because it’s so much fun to annoy people, but because we LOVE them!  Many people, perhaps even Christians, do not seem to realize how subtle the infiltration of cultural ideas into our minds can be. Yes, OUR minds, because it is not just kids who are being influenced. In fact, if today’s roundup of popular public opinions is any indication, we collectively have been taken for quite a ride, and appear to be speeding towards a steep cliff of anti-Christian thought, if we have not already gone over.

Don’t get us wrong – we enjoy entertainment as much as the next person, but we very much want to know what worldview or worldviews are being promoted. When Lee was young, Don took him to see Star Wars. It was sort of a futuristic tale of the old West – set in space – with heroes, villains and some who were in between. There were love interests and complicated relationships, and great testing of loyalty and honor. It was a morality play, with good triumphing over evil in the end. But there was something else woven into the fabric of the well-told tale – a religious worldview. Eastern mysticism was subtly, and perhaps not so subtly, being taught to the unsuspecting. The movie’s creator, George Lucas, was a Taoist, and Eastern thought was the thread which tied the story together. In a scene where the hero, Luke Skywalker, was being discipled by his mystical master, Yoda, and was instructed to levitate his Star Fighter from the swamp where it had crashed. Luke felt utterly unable to accomplish the task, gave up, and complained to his master Yoda, “I can’t. It’s too big.” Yoda the Yogi responds:

Size matters not. Look at me. Judge me by my size, do you? Hmm? Hmm. And well you should not. For my ally is the Force, and a powerful ally it is. Life creates it, makes it grow. Its energy surrounds us and binds us. Luminous beings are we, not this crude matter. You must feel the Force around you; here, between you, me, the tree, the rock, everywhere, yes. Even between the land and the ship.

The “crude matter,” in Eastern mystical terms, is one’s physical existence, and this “crude matter” isn’t real at all, but just an illusion. In reality, Yoda is teaching, we are all “luminous beings.” This view is put on display when Luke’s friend and mentor, Obi-Wan “Ben” Kenobi, battles it out with the evil Darth Vader and is seemingly killed. In “reality,” Obi-Wan didn’t die, but merely shed the “crude matter” and became more powerful. In his luminous form, Obi-Wan guided Luke to abandon his physical sense and trust the “force,” which resulted in victory. Later, Obi-Wan appears in all of his glorious luminosity. The underlying “truth” taught by the film is that everything that exists is one. You may use the force for good or evil but, make no mistake, there is only “The Force.”

The Baby-Boomer generation was by that time already introduced to Eastern mysticism through the medium of popular music. In 1967, ten years before the first Star Wars movie debuted (1977), the Beatles – who made no secret of their new Eastern mystical religious conversion – took us on “The Magical Mystery Tour.” We could all sing the mantra from “I Am A Walrus”:

Sitting on a cornflake, waiting for the van to come
Corporation tee-shirt, stupid bloody Tuesday
Man, you’ve been a naughty boy, you let your face grow long.

I am the egg man; they are the egg men.
I am the walrus, goo goo g’joob.

We should admit that all of us can be lulled to one degree or another by the surrounding culture. I (Joy) felt the payback myself once when absent mindedly singing along with oldies on the radio and got busted for (of all things!) singing along with Bob Dylan, “Everybody must get stoned!” while teenage son Lee was sitting in the car beside me. “MOM!” screeched Lee, rather annoyingly. (Wait! What? Where am I?) The song was merely part of the soundtrack of my younger life, when I wasn’t as inclined to “get to the point of everything.”  Even though the song did not influence my views of drug use, it probably contributed to the use of drugs by some kids in my generation. In any case, it decidedly did not have a good message, and yet it had slipped by under the radar.

Most people pick up their worldview by osmosis. It seeps into our mind from the media we read, watch, and listen to. It is most often not adopted because of its intellectual power of persuasion. Even when taught in school, popular ideas – today especially – are based far more on feelings than factual presentation. We may pick up our worldviews from friends and relatives who “picked it up” from some other person or source. The Beatles, Star Wars, along with countless movies and popular music – and even the new “spiritual tool” in the church, the Enneagram, were and are teaching what Dr. Peter Jones, author of Pagans in the Pews, calls “Oneism.” In Oneism everything is, well, one. There is no personal separation from the cosmos. There may be divinity within the cosmos, but it too is just part of the cosmos. There is only the cosmos and everything within it. Carl Sagan was also a major proponent of that view, you may recall, who said:

The cosmos is also within us, we’re made of star stuff.

Christianity though, holds to “twoism.” There is the creation and the creator, who is separate from creation but interacts with it. God is not dependent on creation. The creation neither adds to nor takes away from Who He is.

Prior to the 1960s, the majority of Americans believed God was separate from creation, i.e., twoism. Most believed it even if they were not Christians. That prevailing worldview was derived from and informed by Judeo-Christian teaching. Culture, and to some degree the church, has radically shifted its worldview over the past 60 years. By 2017, according to Pew Research, 27% of people identify as “spiritual” but not religious. And quite a high percentage of those that do not describe themselves in that way, hold beliefs in alignment with that viewpoint.

Oneism is only one of many new ideas and attitudes that have penetrated and deeply affected our culture. Christians need to not just “go with the flow,” but to pay much better attention and be willing to dig down and “get to the point” of what we and our children are being offered and taught by popular culture. It is so important to our own and future generations to train and equip believers to recognize the infiltration of false worldviews into our culture and even more critically, into the church.

In addition, if Christians truly love people in their lives, whether inside or outside of the church, it is of vital importance to equip ourselves to gently challenge the beliefs of those outside the church, perhaps outside our comfortable cocoon – people separated from God and in grave danger. Or, as the Apostle Paul wrote:

Therefore, knowing the fear of the Lord, we persuade others. (2 Corinthians 5:11)Ω