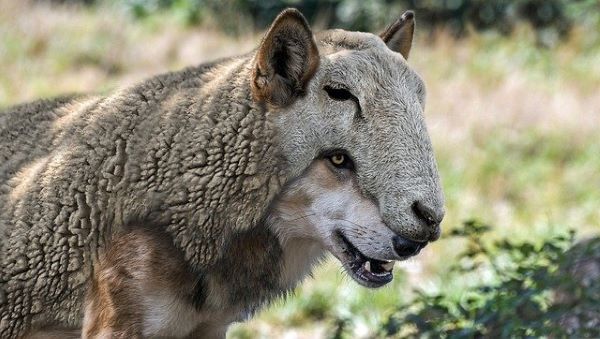 It’s one strike and you are out for false prophets. No redo. No “oops.” God said in His word to give ‘em a “T” or give ‘em an “F” – mark them True or False. It is said that the late Walter Martin claimed God spends more time in Scripture on false prophets, false teachers, and evil shepherds than He does on all of the sexual sins combined. We haven’t done a personal accounting, but we suspect that is true. False prophets are dangerous to the spiritual lives, and in some cases the physical lives of those who follow them, and in some cases, innocent bystanders. In 2007 we wrote “Beware of False Prophets” to look at some of the biblical passages given to God’s people to enable them to judge between true and false prophets. If we just look at Deuteronomy 18:15-22, God outlines how He will communicate to a true prophet and tells His people how to handle a so-called prophet that proves to be false. He states:

But the prophet who presumes to speak a word in my name that I have not commanded him to speak, or who speaks in the name of other gods, that same prophet shall die.’ (Deuteronomy 18:20)

The criteria is simple and easy to understand. If someone claims to be a prophet speaking words given to him by the LORD and is “prophesying” future events that do not come to pass, he is a false prophet and capital punishment is his just sentence. God takes false prophecy very seriously, as God’s NAME and veracity is on the line. And God’s Word means nothing if people can pass off their own ideas as coming from God. The test was completely unwavering. It only takes one false prophecy to make one a false prophet, because God does not get things wrong. So, there were no do-overs, and no apologies or excuses accepted. Period.

But there is another aspect that we addressed in “True Prophecies by False Prophets?,” and that is this: even if a so-called prophet prophesied a future event that seemed to come to fruition, he would still be  false prophet if he were to lead God’s people astray to false teachings and the worship of other “gods.” (Deuteronomy 13) In Matthew 7:15-23, speaking to a Jewish audience familiar with these two particularly important texts, Jesus warned the people to “Beware of False prophets who come to you in sheep’s clothing.” Coming in “sheep’s clothing,” the false prophets would appear to be true servants of God and could lead God’s people astray, just as the false prophets did in Old Testament times. Think about it – if the false prophets looked very much like servants of God, how would anyone be able to tell the genuine from the false? So, in Jesus’s day, they were to be tested by the biblical criteria set out in Deuteronomy. As we pointed out in “True Prophecies by False Prophets?” these false prophets might even give seemingly true prophecies and even work miracles, but yet completely meet the criteria of false prophets as laid out by God. That would be found in Deuteronomy 13.

We could look at groups like the Watchtower Bible and Tract Society and the deaths, destruction of families and other tragedies which resulted from their being seen by JWs as God’s authoritative prophet. The same holds true of Marshall Applewhite of Heaven’s Gate UFO cult, Jim Jones and many other false prophets and false teachers. Following a false prophet often ends in tragedy throughout history. We could look back to the 1800’s and an American Indian spiritual movement called “The Ghost Dance” which:

began in Nevada in 1889 when a Paiute named Wovoka (also known as Jack Wilson) prophesied the extinction of white people and the return of the old-time life and superiority of the Indians. Faithful dancing, clean living, peaceful adjustments with the whites, hard work, and following God’s chosen leaders would hasten the resurrection of dead relatives and the restoration of days of Indian prosperity.1Ghost Dance; Oklahoma Historical Society

Of course, this was a prophecy that the Indian people wanted to hear, as is usual with false prophecies, because they were being overwhelmed by white incursion on their lands, and they were watching their old way of life and traditions vanish along with their land. So, the teaching spread to other tribes as well, and additional claims were added as Indian peoples prepared for the prophetic fulfillment:

The Lakota people were the ones who went beyond the dance and even introduced adding special garments to the Ghost Dance ceremony. They began wearing ghost shirts that were adorned with symbols. But these shirts were not only considered a matter of simple decor but were thought of as pieces of protection. It was a belief of the Lakotas that these shirts would resist harm from coming to them, and that even bullets would not penetrate these shirts.2The Ghost Dance and the Wounded Knee Massacre of 1890; STMU History Media

This “Ghost Dance” cult was not a violent undertaking aimed at starting a war with the American Government, but what began as a seemingly harmless peaceful movement ended in tragedy on December 29, 1890 when between 250-300 American Indians died believing they had special protection from the “Ghost Shirts” they were wearing. The soldiers would be prevented from harming them, and the whites would be eliminated as the prophecies were fulfilled. Some may point out that “the prophet wasn’t a Christian!” But Wovoka (Jack Wilson) had been raised by Christians and his “prophecies” have the marks of a combination of biblical teaching on the Millennial Kingdom, with the American Indians having replaced the Nation of Israel as the promised people.

No matter how much we would all like “good news” to always be true, the sad news in this life is that bad news is very often the truth. Believing falsehood because we want so bad for it to be true doesn’t work in the real world.

Sadly, we have watched false prophets operate in the present-day church with impunity in recent years. Many of these false prophets prophesied that President Trump would absolutely serve a second term. And we are not talking of a small band of obscure false prophets here. Claiming to be speaking for God Himself, these prophecies were made by Pat Robertson, Paula White-Cain, Kris Vallotton, Mark Taylor, Kat Kerr, Marcus Rogers, Kevin Zadai, Greg Locke, Taribo West, Denise Goulet, Curt Landry, and others. Jeremiah Johnson went so far as to say his prophecy was 100% sure, yet for some reason his video recently vanished from the Internet.

After the election, Mark Taylor doubled down in “Mark Taylor Shares a New Prophetic Word from God on Truth Unveiled with Paul Oebel” According to him (at minute marker 17:00) God said 2 terms for Trump, and that Trump would appoint 5 Supreme Court picks. Only three were appointed so far, and speaking today, the 19th of January, that prophecy likewise seems to be headed for the “false pile.” At minute marker 33:50, he gives a “Dethroning evil prophecy” that God will clean house, Trump will be president, and signs and wonders will be manifest. Sadly, the followers of these false prophets have not yet realized they have been taken in by people definitely NOT speaking for God, and believe they are acting on the word of true prophecies from the LORD. It gives a black eye to all Christians and tarnishes the name of God.

To add to the current divide and chaos engulfing the nation at present, “Rick Joyner Says God ‘Seeded Our Country’ With Military Veterans to Head Up Christian Militias in Looming Civil War”. The video here is hosted by the progressives at People for the American Way. And of course, progressives promote this video, because it makes these Christians look ridiculous and possibly dangerous. While all of that is going on “It’s civil war among American charismatics and Pentecostals, but few reporters are covering it.”

Michael Brown tries to vindicate these false prophets by making the criteria “intent” rather than right or wrong. In a tweet on 12/12/20 he wrote:

According to Jesus in Matthew 7, false prophets are wolves in sheep’s clothing. They are liars and deceivers who are out to destroy. In contrast, a sincere believer can prophecy falsely, which is why all NT prophecy must be tested. Let’s be careful who we call a false prophet.

For Brown there are false prophets and those who prophecy falsely. For Brown the criteria for testing is no longer 100% accuracy but intent that counts. Yet God said that His true prophets would be 100% accurate. Brown, playing fast and loose with the word of God, means that if a person claims to be a believer and appears “sincere,” false prophecies should not be held against them. But the reason that “sincere” looking people claiming to be prophets – and their prophecies – MUST be tested for absolute accuracy is because so many will look like true prophets but prove to be false prophets. Jesus said in Matthew 7:15 that we will recognize false prophets by their fruits. People often take this passage to mean simply that we can judge whether others are Christian based on their Christian behavior and deeds, but of course Christ was saying the opposite. How can anyone judge another by their appearance of godliness, when Christ told us the false prophets will be dressed in sheep’s clothing? They will LOOK GOOD! The false prophets will appear for all the world to be true godly and “sincere” prophets of God and sound a lot like them too. So, what is the fruit of a false prophet? His or her prophecies! That is exactly why what they prophesy and teach must be tested by the biblical criteria and not their seeming “sincerity.”

Thus, says the Lord of hosts: “Do not listen to the words of the prophets who prophesy to you, filling you with vain hopes. They speak visions of their own minds, not from the mouth of the Lord.”

If the church at large does not have the integrity to identify, censure and if possible, remove the false prophets and false teachers in their ranks, it does not have the right to censure falsehoods and bad behavior by unbelievers outside the church. We say if possible since these false prophets very often have churches and/or venues of their own, along with legions of followers, making them impossible to “remove.” And frankly, they have the freedom to be false prophets, but the church has the responsibility to clearly identify them as such, in order to protect people from being led astray by their proclamations.

We don’t know what will become of our nation, and the direction it seems to be speedily heading makes us feel terribly sad. To be constantly disrespected and our integrity sullied by being called racist, sexist, etc, when we are no such thing is a daily trial for Christians these days. And witnessing the Left’s planned assault on our own civil rights forces us to overcome our own anger and resolve to carry on doing we are called to do in our present circumstances, leaving any retaliation to God. Our mission as the church is not taking over the government for God, and, in any case, He is quite capable of that Himself if He so chooses. Our mission is to be ambassadors to a world separated from God and proclaim the gospel. We are to do that by voice and by behavior.

Therefore, we are ambassadors for Christ, God making his appeal through us. We implore you on behalf of Christ, be reconciled to God. (2 Corinthians 5:20)Ω