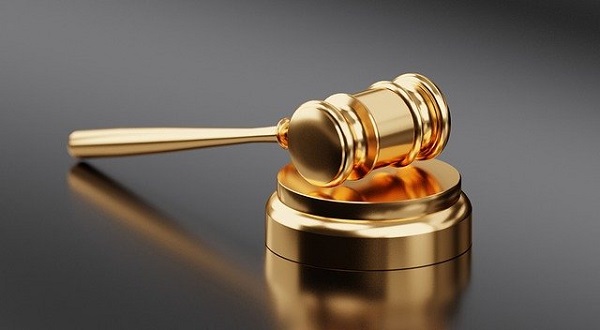 It is fairly common to hear objections to our faith from the biblically uninformed. Two such examples are assertions that the Bible cannot be trusted, or a claim that current Christian beliefs conflict with the earthly life of Jesus. Currently, a meme which is attributed to the biblically uninformed actor, writer and political commentator, John Fugelsang, is making the rounds. It’s basic thrust appears to have been lifted from the December 6, 2017 Huff Post and variations of it seem to have been making the rounds since at least 2012. Does the content have any merit?

We realize that atheists, agnostics, liberals, and non-Christians generally may read these words and nod approvingly. That is largely because, as seems to be the case with John Fugelsang, they are not familiar with the text of Scripture, have not read it in its historical-grammatical context and have precious little grasp of history. Of course, they have every right to believe what they choose to believe and at least for the present, have the Constitutionally guaranteed freedom of speech to voice their beliefs. We do not object to their believing and saying what they will. However, none of that means the assertions are true. The above case is a mixed bag.

For example, it is true Jesus did not require a co-pay when He healed a leper. He chose to provide His miracles free of cost. The miracles themselves were acts performed specifically in fulfillment of bible prophecy, providing these signs to the Jews as proof of His messiahship. But then, someone would have to be familiar with Scripture to know that.

Was Jesus a radical? The answer is yes and no, but certainly not in the way John Fugelsang implies. Jesus was not a left-wing “activist.” He affirmed the Mosaic Law and the prophets, though he certainly sometimes introduced additions and/or clarifications to them. As J. Warner Wallace of Cold-Case Christianity points out in “If This Is Such A Grievous Sin, Jesus Would Have Mentioned It”

Jesus already acknowledged the fact that he was in complete agreement with the teaching of the Old Testament unless he specifically delineated a new line of instruction. He did not “come to abolish the Law or the Prophets… but to fulfill them” (Matthew 5:17)

There was nothing overly radical about His affirmation of the Law and the Prophets and would conform to what orthodox rabbis of the day believed and taught. However, the Pharisees thought him very radical in His claims that He alone could and would fulfill the demands of the law. And they hated Him for His assertion that it was not enough to appear virtuous while harboring inward sins, being truly as lost as everyone else. He called them out for the hidden sins they were concealing from others, and perhaps even themselves – lust, murderous hatred, self-righteousness – and insisted one had to be fully and truly righteous to fulfill the Mosaic law. In John 5 He takes it a radical step further, infuriating the Pharisees by saying they needed to come to Him to be made genuinely righteous:

You search the Scriptures because you think that in them you have eternal life; and it is they that bear witness about me, yet you refuse to come to me that you may have life. (John 5:39-40)

The Scriptures, the Law, and the Prophets were not given to impart eternal life but to point to the One Who has power to give eternal life. That was a very radical idea. It is also true that Jesus “hung around with lepers, hookers, and crooks.” But then He knew what the religious bigwigs would never admit – that ALL were sinners, ALL people were in desperate need of mercy and forgiveness. There was not a single Jew, or human being for that matter, living then, or before or since, that was not or is not a sinner. So, anyone who Jesus “hung around with” would be in the same lost category. The Pharisees and Sadducees foolishly believed they were way above common sinners, and quite holy enough to be accepted by God on their own merits. If they even recognized their faults, they still saw themselves as “good enough.” But not only did Jesus affirm the Law and the Prophets in Matthew 5:17 He went on to make another very radical statement:

We could lump the self-righteous John Fugelsang and a host of self-righteous progressives right in with the scribes and Pharisees, looking down on people they see as not having “evolved” to their high and superior virtuosity. Jesus would remind them that all were in the same category as “lepers, hookers and crooks.” The Apostle Paul simplifies this:

for all have sinned and fall short of the glory of God (Romans 3:23)

The Law and the Prophets demonstrate this and point to the only redeemer of mankind,  Who would come and deliver all who believe in Him from the consequences of their sin if they but call on Him for salvation. Jesus, after dying on their behalf, would give those who called upon Him His perfect righteousness. All who are relying upon their own self-righteousness need to remember this before looking down on others. In fact, it behooves us all not to think too highly of ourselves in comparison to others.

To another point, obviously Jesus was not American, but Jewish. While living in Israel He didn’t speak English but then why would He? He came unto His own. There were no English speakers present. That doesn’t mean he couldn’t, if He had wanted to, since God can surely speak in any language.

There is no evidence in Scripture that He was or is anti-wealth, but He was certainly opposed to letting wealth replace God as one’s primary focus. We are to love the Lord our God with all of our heart, soul, mind and strength. Everything else is subservient to that commitment. If Jesus had been or is anti-wealth, He would be against rich Progressives with the same fervor He would display toward any other “wealthy.” And for those who like to “play the poor victim,” they might consider that “wealth” is a relative term, and it might be an eye-opening experience to honestly compare their own vast wealth with the many truly poor people in this world. In the truly poor man’s eyes, they are the filthy rich, having plenty to eat, flashing phones, iPads and other of this world’s goods around like Kings.

It is equally untrue, in context, that He was “anti-public prayer.” What He opposed was praying in public for the purpose of appearing as “super virtuous,” praying in public to receive the praise of others for their ostentatious show of holiness. Pharisees were “virtue signalers” to the Nth degree.

Jesus was a dedicated, devout, and observant Jew. You want to know what he thought about homosexuality or abortion? Simple; just look at what other devout, observant Jews would have said. They most certainly would have affirmed the Old Testament teaching (like the teaching on homosexuality found in Leviticus 18:20 and 20:13)

This is equally true about all these phony objections. All of them are little more than attempts by naysayers to justify their own sin by hypocritically comparing their relative “goodness” and higher virtue with those they see as “hypocritical Christians.” So, let’s just admit it is not hard to point out sin in Christians, since we do sin, and will not attain perfection until our redemption. Its like shooting fish in a barrel to point out obvious flaws in others, whether Christian or not. The problem is John Fugelsang and others like him are using the wrong standard of comparison.

In writing to the Corinthians, the Apostle Paul he let them know they were using the wrong standard of measurement in comparing their own teachers with each other, but this is easily applied to the issue of comparing one’s own superior virtuosity with another person, with the intent of pinning the tail on the greater sinner:

Comparing ourselves with others is a fool’s game and simply demonstrates that any who so engage “are without understanding.” Instead, we are to compare our righteousness with the righteousness of Jesus, Who set THE standard, and see how we fare. Anything else is comparing our own perceived 300 average with the poor guy who we may judge is batting 200, when the perfect standard is 1000. Even if we were willing and able to judge both people perfectly, which is assuredly not going to happen, that 300 batting average is not going to get us into heaven. Many people are gambling their eternal future on their seeing themselves as “good enough,” in comparison with others they can point to as far worse, imagining that God grades on a curve. He does not.

When the scriptures convince us to instead compare our own pitiful righteousness to that of Jesus, we may find ourselves echoing the words of the prophet Isaiah:

And I said: “Woe is me! For I am lost; for I am a man of unclean lips, and I dwell in the midst of a people of unclean lips; for my eyes have seen the King, the Lord of hosts!” (Isaiah 6:5)

Yikes! When we see ourselves as God sees us, our chances of earning our own salvation look pretty dim. We are not left hopeless though. There is a solution:

if you confess with your mouth that Jesus is Lord and believe in your heart that God raised him from the dead, you will be saved. For with the heart one believes and is justified, and with the mouth one confesses and is saved. For the Scripture says, “Everyone who believes in him will not be put to shame.” For there is no distinction between Jew and Greek; for the same Lord is Lord of all, bestowing his riches on all who call on him. For “everyone who calls on the name of the Lord will be saved.” (Romans 10:9-13)

Call on Him today. Be completely cleansed of sin and enjoy peace with God. You won’t be perfect, but you’ll be safely relying on the One Who is perfect and promises to cover us, to actually clothe us with His perfection.Ω