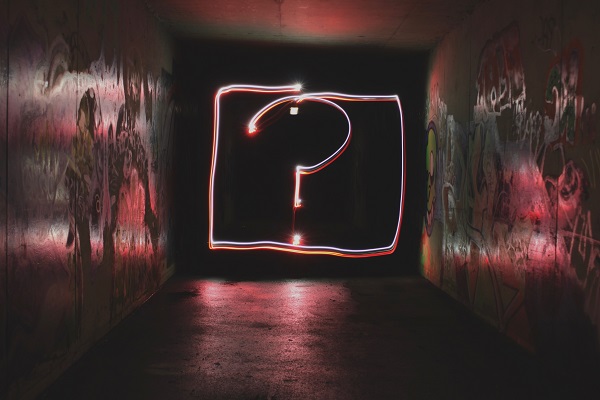 Photo by Emily Morter on Unsplash

“Survey Says?” This two word question was at the heart of the popular 1976 game show, “Family Feud.” When the answer to the survey question was announced by the host, it told the audience and the contestants whether or not the contestant’s answers matched the all-important answers given in popular surveys of the topic. They were fun topics, nothing too serious, and people could “play along” at home to see how their answers would stack up to the survey. The answers given by the survey were of course not hard facts but popular opinion, and games need not be based on anything other than that. More recently, though, we have been introduced to a somewhat similar game we might call, “Science Says?” It is a peculiar game which seems to be based on “science opinion” rather than on science fact. Perhaps we should explain the difference.

Prior to 1668, scientific consensus (opinion) held, as “Flying Thru Science” puts it:

“…that living beings could emerge from non-living things. For example, they thought that was the way maggots appeared. They thought maggots “generated spontaneously” from rotten meat.”

Francesco Redi wondered about this commonly held belief – the scientific opinion of his time – and devised a way to test it, giving him the designation “founder of experimental biology.” ON SPONTANEOUS GENERATION (OMNE VIVUM EX VIVO) explains the simple test which he devised:

He would set three equal bottles with meat inside:

His discovery was that maggots did not spontaneously generate but that flies circling the decaying meat laid eggs on the meat which hatched into maggots. This brings us to the science fact conclusion:

That “All living beings come from living beings” and there is no “Spontaneous Generation”1Flying Thru Science: ON SPONTANEOUS GENERATION; OMNE VIVUM EX VIVO

Establishing scientific fact, rather than subjective opinion, was based upon impartial reasoning and unbiased testing. And even scientifically arrived at “facts” were subject to further testing as science progressed and new evidence was gathered. Superstition and mere postulation by supposed “experts” had to be set aside for mankind’s scientific advancement. Impartial testing using the scientific model led to many great and astounding discoveries in Medicine, technology, improvement of fuels, and many more fields than we can’t enumerate here. Even common everyday things, such as sticky notes and Velcro, were invented via science, unarguably improving the lives of millions. 😊

But, in the last few years and decades, “science” has seemingly shifted back toward elevating scientific opinion or even unscientific “feelings” over scientific fact, at least concerning social discourse of certain subjects. Until recently, for example, gender was an issue of well-established scientific fact:

Yes, the science is settled, there are x and y chromosomes. But the moment you wade into liberal “gender theory” you will not only be branded a transphobic bigot, you can be sued.

Back in the day, there were only two sexes. There was a boys’ bathroom, and a girls’ bathroom. That was considered “normal”.

Today truth about gender is reduced to personal, untestable – even unchallengeable – belief. But how does a doctor practice medicine on, say, a Stargendered person?3Stargender– An otherworldly gender that is beyond comprehension in earthly terms, as if it originated from beyond the earth. OR a gender that cannot be defined no matter how many other terms are coined OR simply the gender of a star; “The Complete List of All Genders” How does a Stargender even purchase clothing online, which is bigotedly sized as either male or female. How does sizing run for a Stargender?

We have a similar problem with claims of “Climate Change.” Back in the olden days we had seasons and cycles. The seasons in our area were winter, spring, summer and fall, though admittedly we are usually short-changed in spring weather here in Illinois. The planet went through regular cycles of warming up and cooling down. No scientist imagined the ice age was caused by automobiles and air conditioning. However, in 1975 a 9-paragraph article appeared in Newsweek magazine relaying scientific opinion concerning global cooling.4How the “Global Cooling” Story Came to Be; By Doug Struck, The Daily Climate on January 10, 2014 Warnings were sounded of a coming ice age similar to the “Little Ice Age” between the 16th and 19th centuries which would cover all or most of North America. Hunker down – we are all doomed to die!!! Thankfully, that imagined catastrophe never materialized, and after a time, science opinion decided the climate wasn’t cooling after all but warming!  Hunker down – we are all doomed to die!!! Al Gore predicted in 2009 that the North Pole would be ice-free in 5 years! It didn’t happen. To date, ALL other dire predictions from these folks have likewise failed to come to pass.

So, when events did not exactly pan out as imaginative scientists and flim-flam politicians imagined – political pressure was brought to bear to create a “scientific consensus” concerning the subject of climate. Voila, a new and safely amorphous designation sprang into existence – “Climate Change.” And yes, people, hunker down because we are still all doomed to die!!! (Unless we dump Capitalism and embrace Socialism right now! And accept and celebrate Stargenderism and lots of other stuff your Grandma would’ve thought was crazy…) According to the “believers,” a survey was taken, and the question is now declared to be “settled science” through consensus. Putting forth actual scientific fact using the scientific method of proving through testing was no longer necessary. (And there wouldn’t be time to test these theories anyway, because we’re all hunkering down preparing to die!!!) “Science Says?” was arrived at by popular opinion, political pressure and good marketing – and we are betting also on a healthy fear within the “scientific community” of losing one’s position and standing by coming out as a climate “denier.” In another decade or so, there may be a new doomsday scare of a different variety, but we are betting that, barring the Lord’s return, the prognosticators are right on one point. We are all going to die. It is what happens after that moment that is important. If you have confessed Jesus is Lord and believe in your heart that God raised Him from the dead, you will be in His presence forever. (Romans 10:9-13) If you are hoping God grades on a curve you will be eternally separated from God.

The biggest big daddy of Science opinion these days revolves around the question of where everything came from. In popular culture, the question has been answered and sanctified by “science opinion.” It is no longer really open for discussion, according to the powers that be. Did the universe pop into existence from nothing and by nothing for no apparent reason? Is Abiogenesis, the idea that life spontaneously generated into existence from non-life “science fact” or “science fiction?” Is it supported only by “Science Says?” It turns out, one does not have to believe in a god to have a “religion” and this religion is one that does not tolerate disagreement with its central tenets.

This popular scientific fiction – based on opinion – has been given great power through the media and other powerful cultural institutions, yet there are still scientists who hold to the findings of Francesco Redi’s experiment in biology and conclude:

That “All living beings come from living beings” and there is no “Spontaneous Generation”5Flying Thru Science: ON SPONTANEOUS GENERATION; OMNE VIVUM EX VIVO

After attempting to defend Darwinism for over 160 years, scientists who believe in the scientific method may be open to an explanation which flies in the face of the current creation story of “Science Says.” “Breakout Paper in Journal of Theoretical Biology Explicitly Supports Intelligent Design.”

As John West noted here last week, the Journal of Theoretical Biology has published an explicitly pro-intelligent design article, “Using statistical methods to model the fine-tuning of molecular machines and systems.” Let’s take a closer look at the contents. The paper is math-heavy, discussing statistical models of making inferences, but it is also groundbreaking for this crucial reason: it considers and proposes intelligent design, by name, as a viable explanation for the origin of “fine-tuning” in biology. This is a major breakthrough for science, but also for freedom of speech. If the paper is any indication, appearing as it does in a prominent peer-reviewed journal, some of the suffocating constraints on ID advocacy may be coming off.

Perhaps scientists who are willing to accept scientific challenges to the Darwinian creation story may be persuaded to embrace the scientific truth that non-life does not give rise to life. An intelligent designer is the more plausible answer.

An astronomer and agnostic, the late Robert Jastrow famously said in his book God and the Astronomer6Published July 28th 2000 by W.W. Norton & Company; NY, first published 1978:

For the scientist who has lived by his faith in the power of reason, the story ends like a bad dream. He has scaled the mountain of ignorance; he is about to conquer the highest peak; as he pulls himself over the final rock, he is greeted by a band of theologians who have been sitting there for centuries.

Jastrow repeats this in a short 5-minute interview, “God and the Astronomer.” We agree with Jastrow about this, and say as Maria sang in The Sound of Music:

Nothing comes from nothing – nothing ever could.