The Enneagram – The Draw of Mysticism 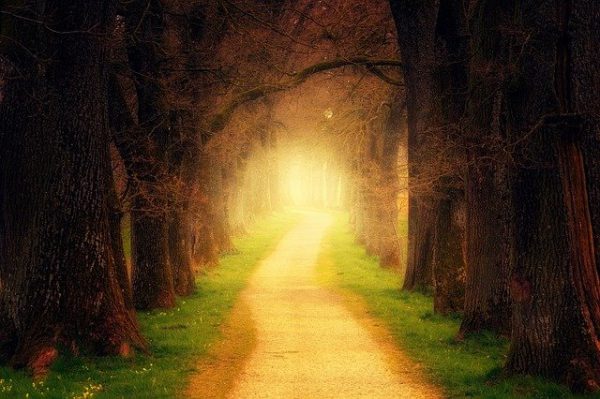 Image by My pictures are CC0. When doing composings: from Pixabay

Mysticism has become a growth industry within the confessing church in recent years. The reading and studying of the Word of God in its historical/grammatical context has long been known to be the way to understand the things of God and the gospel, but it is admittedly more work than passively “receiving spiritual knowledge” from popular “Christian” mystics. Why search out the truth in the word of God when one can just download supposed truth from popular “spiritual” experts?  Obviously, the Enneagram appears harmless to many Christians1This is something we addressed in depth in our book Richard Rohr and the Enneagram Secret, but it draws those who engage with it into mysticism. Merriam-Webster provides a helpful definition:

1: the experience of mystical union or direct communion with ultimate reality reported by mystics
2: the belief that direct knowledge of God, spiritual truth, or ultimate reality can be attained through subjective experience (such as intuition or insight)
3a: vague speculation: a belief without sound basis
b: a theory postulating the possibility of direct and intuitive acquisition of ineffable knowledge or power

The Enneagram can be best described as psychological Neo-Gnosticism. It is allegedly a way of knowing yourself and God apart from the divine revelation in Scripture. Mysticism offers an unmediated contact with the divine or a merging with God. In a recent discussion at “Theology on Air” titled, “Christian Mysticism Pt 2 – Are Richard Rohr & the Enneagram Helpful?” guest Dustin Hatfield explains his transition from a historical/grammatical reading of Scripture to a mystical understanding.

Dustin grew up in a Southern Baptist Church and is a graduate of Fuller Theological Seminary. After experiencing some life crises, he came into contact with Richard Rohr, and got swept up in mysticism. Dustin currently writes for scatteredmystic.com. Unsurprisingly his views align with those of Richard Rohr:

Mysticism at its core is embracing this idea that we are intended to experience union with God… The divide that we often hear in the Christian church is that… there’s this you know unfathomable gulf between the creator and the created.

Dustin is correct, the Christian church does teach that there is a separation between God and man as a result of mankind’s sin. The church teaches this concept for an exceptionally good reason, Scripture teaches it. The Apostle Paul spends a great deal of time in the Book of Romans explaining the separation between God and man. The reason for the separation is sin. The gulf is indeed unfathomable and cannot be breached by any human means. The core of the gospel is that Jesus, having the nature of both God and man, is the one and only mediator between God and man. (1 Timothy 2:5). Jesus Himself said that no one can come to the Father, but through Him. (John 14:6) He is the bridge over the gulf between God and man. As Dustin continues, we see how mysticism strays from the meaning of the biblical text and crafts a creation story which is quite different than one would derive from a textual reading of God’s Word in context:

…mysticism sort of comes in and says that there’s this this real overlap…when we discover who we truly are in God through Christ …there is an essential union that happens and then you know…that’s not just some future after life reality; that’s the intention now…in the very first pages of the Bible in Genesis 1 and 2 you see humanity created [in the] image of God. God says humanity is very good

People could be fooled by this statement because he does imply that Christ has some agency in bringing us to God. But, to their way of thinking the creation is the first incarnation of the Christ. Therefore, mankind is “in Christ,” the creation being the Christ. Therefore, many centuries before the cross, we were in union with God by virtue of being a part of creation. Richard Rohr teaches that “our true self” has always been, since the creation, in union with God, and man must simply come to see himself in that correct light. When God pronounced creation as “Good,” that included man, so mankind need only realize that there is no gulf to surmount at all.

Beyond simple innocence, Dustin describes Adam, having been filled with God’s breath and spirit, as a union of humanity and divinity.

…then you see humanity filled with God’s own breath his, his own spirit…until that point humanity is just dirt so [it] is not until…God’s breath, God’s spirit, enlivens humanity that humanity is what it is… There is a sort of union of humanity and divinity that you see in Adam. You know all the all the things we talked about of humanity being sinful and depraved and all that that comes much later in the story but it starts with human goodness original goodness and so I think that’s for me what mysticism is drawing us back to.

Nowhere does the Bible teach that man is any sort of “union of humanity and divinity,” except in the incarnation of Jesus Christ when He took on human nature. Adam and Eve, being innocent, had perfect communion with God in the garden, until they deliberately broke communion with God by flagrant disobedience, they themselves creating the vast gulf that could only be bridged, and has been bridged, by Jesus Christ. But Rohr and his acolytes, not interested in the solution God provides, downplays the significance of the fall altogether, the very reason we are no longer in perfect communion with God. And we cannot be, unless or until we accept the righteousness of Jesus Christ as our own through believing on Him. This really is the only path to restorative peace with God. Jesus Christ is the only way. Adam and Eve’s original innocence cannot help us, nor is it something we can return to by our own will. All that depravity and sin and stuff is in the way and is the real issue we all must deal with. Mysticism cannot draw us back to Adam and Eve’s original innocence, but mankind’s popular but unsupported belief in basic human goodness is drawing us away from God’s remedy for our lost condition. The idea that “most people are good by nature” is affirmed “somewhat agree” or “strongly agree” by 65 percent of those surveyed and 46 percent by evangelicals according to the 2020 State of Theology poll.

This is square one, however, in the teaching of the Enneagram. According to the Enneagram we need to find which of the 9 paths will get us back to our “human goodness, original goodness” at which point we realize that we are not only good humans but are divine. We are one with God. Some may suppose that we are misunderstanding what Dustin said. A few minutes earlier (about minute marker 17) he made this succinct statement before he elaborated:

“Essential oneness and unity because all life is given by God so there’s an essential unity because there’s one God giving life to his creation.”

Dr. Peter Jones calls this sort of claim a “truth exchange” and points to Romans 1:25:

because they exchanged the truth about God for a lie and worshiped and served the creature rather than the Creator, who is blessed forever! Amen

The truth of Scripture is what Dr. Jones calls “twoism.” There is the Creator (One) Who is separate from creation (two). They are separate and distinct but were in relationship before the fall. Paul is saying this truth was exchanged for “oneism” in which there is no distinction. The Creator and creation are “one” or as Dustin stated, “Essential oneness.”

We are indeed not only separate in nature but are hopelessly separated from God by sin. That is the bad, bad news:

If that was the end of the story that would be tragic but there is the good, good news:

“Blessed are those whose lawless deeds are forgiven, and whose sins are covered; blessed is the man against whom the Lord will not count his sin.”(Romans 4:7)

The way to receive that forgiveness is easy to understand. There are not 9 paths to choose from, but we will let Paul explain it:

But what does it say? “The word is near you, in your mouth and in your heart” (that is, the word of faith that we proclaim); because, if you confess with your mouth that Jesus is Lord and believe in your heart that God raised him from the dead, you will be saved. For with the heart one believes and is justified, and with the mouth one confesses and is saved. (Romans 10:8-10)

We are stardust,
We are golden,
We are billion-year-old carbon,
And we’ve got to get ourselves back to the garden.

Human beings are completely unable to “get ourselves back to the garden,” although mankind does feel the longing for the communion and peace with God that was lost in the fall. Nine paths or a thousand cannot get us there. But Jesus died on our behalf and is the ONE PATH by which we can “Get back to God,” which is so much better than going back to the garden. Jesus has bridged the vast gulf between God and man, and will bring us to the Father, to enjoy His presence forever.Ω