We Just Don’t Get the Role of Religion 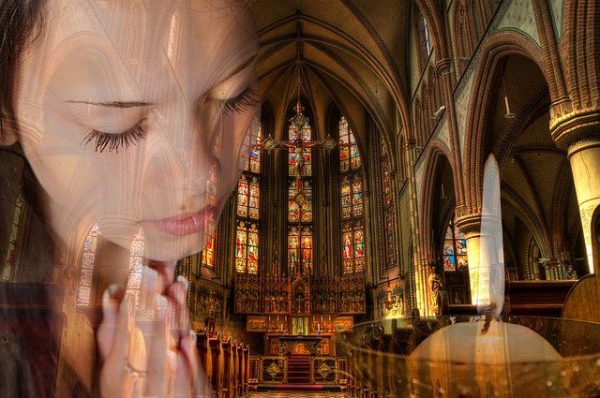 Image by Andrea Don from Pixabay

The executive editor for the New York Times said in an interview just after the election in 2016 the following:

God bless David Baquet for recognizing that mainstream media just don’t get the role of religion in people’s lives. If only a few more governors would understand that. Maybe we’d have less hypocrisy about casinos being “essential” but worship services being “non-essential.” Whether NYT is doing much better, I’ll leave that to media watchdogs. It’s an important point though going into the most contentious Supreme Court confirmation since, well the last one.

Judge Amy Coney Barrett is Catholic. Conservative, by all accounts, and very devout. She grew up far from the liberal elite and would be the first Supreme to graduate from a Catholic law school. Finally, she belongs to a predominantly Catholic ecumenical intentional community called People of Praise. All of this led Senator Dianne Feinstein (D-CA) to exclaim, during her Appeals court confirmation, “The Dogma lives loudly within you and that is a concern.”

I’m reminded of left-libertarian Scott Alexander’s blog titled, “I Can Tolerate Anything except the Out Group.” Alexander is a left leaning secular libertarian (that’s my take not self-described) but he also honest and abnormally candid and reflective about his own biases. He is the sort of clear-thinking, honest, and thoughtful person who I could imagine having a discussion with. We’d both try to persuade each other that the other is wrong, but it’s the sort of discussion that harkens back to the bygone days of when we cared more about truth and our neighbor than scorching the earth for the other tribe. He explains that secular liberals like himself have little to no contact with conservative Christians. He compares it to the concept of dark matter:

There are certain theories of dark matter where it barely interacts with the regular world at all, such that we could have a dark matter planet exactly co-incident with Earth and never know. Maybe dark matter people are walking all around us and through us, maybe my house is in the Times Square of a great dark matter city, maybe a few meters away from me a dark matter blogger is writing on his dark matter computer about how weird it would be if there was a light matter person he couldn’t see right next to him.

This is sort of how I feel about conservatives.

Senator Feinstein’s comments to the fact that Judge Barrett is part of the outgroup that lives in a parallel world Feinstein has never visited and just doesn’t get. Feinstein can work with a Catholic like Joe Biden who keeps his religion where she thinks it belongs–out of sight– because he’s still part of the ingroup (progressive democrat) but someone who reorients her whole life around a religious community? That’s just crazy. Since I’m in a charitable and self-reflective mood I ask myself: “Why am I not worried about Amy Coney Barrett on the Supreme Court and so many in the other tribe are?”

She’s done it so far on the 7th Circuit. By all accounts, Judge Barrett is considered above all fair and not someone who legislates from the bench. And she’s in good company with the late Antonin Scalia. There was a time when Christians didn’t want “activist judges” who ruled based on their biases but “called balls and strikes” and stuck to the Constitution. Christians know what it means to tolerate as Scott Alexander defines it: “respect and kindness toward members of an outgroup.” Hopefully, this is because we see everyone, even the opposing political faction, as made in the image of God. Judge Barrett can be fair and impartial because of her religious views, not spite of them.

Second, I’m comfortable with a charismatic Catholic on the Supreme Court because I don’t think religious belief is the only pervasive ideology that shouldn’t be “legislated from the bench”. Senator Feinstein and so many other people giving themselves ulcers over a devout Catholic like Barrett, is that worldviews are just as influential if they don’t come with a deity attached. Critical Race Theory, Marxism, Fourth Wave Feminism, Ayn Rand Objectivism don’t get a pass because they are atheistic. As if not having a God to push somehow means you won’t substitute the Frankfurt Circle, or Ayn Rand.

We shouldn’t be surprised that the blue tribe can’t see all of this. All of us are tainted by that nature that says, “I can tolerate anything but the outgroup.” I’ve slowly come to a tentative conclusion (epistemic status: probably) that all the research about cognitive bias and the pull of our prejudices is evidence of the fall of man. It’s in our nature to sort people in group/outgroup, red tribe/blue tribe, Jew/Greek, Scythian/barbarian. Oh, those last two were from a few thousand years ago. The Apostle Paul in Colossians 3:11

Here there is not Greek and Jew, circumcised and uncircumcised, barbarian, Scythian, slave, free; but Christ is all, and in all.

Only through Christ can we overcome our biases and truly love the outgroup without compromising the blessings of liberty or the rights and responsibilities befitting aliens and strangers to this world.Ω