They Deceive the Hearts of the Naïve 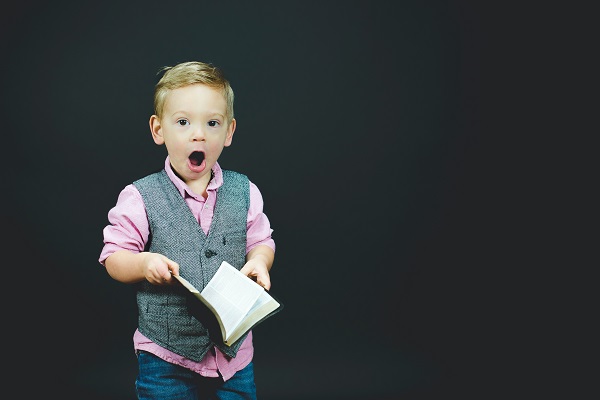 Photo by Ben White on Unsplash

The apostle Paul’s letter to the Romans was precipitated, as were most of his epistles, by divisions, in-fighting, false teachers, and bad doctrine within the church, deceiving the flock. As he was closing the epistle, he gave a summary warning:

I appeal to you, brothers, to watch out for those who cause divisions and create obstacles contrary to the doctrine that you have been taught; avoid them. For such persons do not serve our Lord Christ, but their own appetites, and by smooth talk and flattery they deceive the hearts of the naive. (Romans 16:17-18)

Recently, as many of you know, we, along with Marcia Montenegro, released a book on the dangerous invasion of the occultic Enneagram into many formerly sound churches. Now, considering the new spate of books favoring the Enneagram, Paul’s warning about those who would come and by smooth talk and flattery deceive the hearts of the naïve hits home to us again. We’ll look at a few of these books.

First up is The Enneagram of Discernment: The Way of Vocation, Wisdom, and Practice, by Drew Moser, Ph.D. (Falls City Press; August 4, 2020). Drew Moser is a professor and Dean at Taylor University in Indiana. The institution claims to be a Christian university. Drew Moser is a certified Enneagram teacher and a member of the New Age organization, the International Enneagram Institute. It does not appear that Drew Moser has any biblical discernment and apparently has no problem officially promoting New Age organizations and beliefs while being in the employ of an ostensibly Christian university. Does biblical doctrine matter to Taylor’s leadership? Are the university’s President and Board aware that Panentheism (the heretical enneagram understanding that creation is God’s body) and Christian monotheism (God created all things but is separate from creation) are not compatible beliefs?

InterVarsity Press, which introduced the New Age Enneagram into the evangelical church in 2016, continues the path of New Age indoctrination with 10 new titles:

The Enneagram Goes to Church by Todd Wilson.

It seems that Todd Wilson, after 15 years of exegetical preaching, was unable to discover suitable biblical teaching “about shepherding, serving, leading, and loving people.”1Todd Wilson, The Enneagram Goes to Church, Amazon book description and thus was forced to turn to the Enneagram for illumination on these important topics. The book is currently listed on Amazon for preorder, so at this point we do not know how he was enticed to embrace occultic New Age practices and beliefs.

IVP is also producing a series of nine 40 Days titles beginning with 40 Days on Being a One (A hat tip to Rick Warren?), edited by Suzanne Stabile, who is a disciple of Franciscan Priest Richard Rohr, the common “godfather” of most of the Enneagram writers and coaches. When we compared the underlying doctrines of Rohr with biblical doctrines on God, man, sin, salvation, Jesus and Christ for our book, Richard Rohr and the Enneagram Secret, we found that Rohr’s teaching opposes biblical doctrine on every one of these points. We find that he and his disciples are deceiving the hearts of the naïve by “by smooth talk and flattery.”

Finally, a new entrant into New Age publishing, Baker Publishing, enters the arena through their Brazos Press division, with The Enneagram for Spiritual Formation: How Knowing Ourselves Can Make Us More Like Jesus, authored by A.J. Sherrill.

Not surprisingly, A.J. Sherrill is also a disciple of Richard Rohr. Sherrill explains that he first heard the word “Enneagram” in 2013 (3 years prior to its sudden leap from New Age and occult circles into evangelical churches), sitting at the feet of “Father Rohr:

Mark Scandrette and I were spending the week studying in the home of Father Richard Rohr, a Franciscan monk and author. Father Rohr was testing out his latest material for the school he was creating, and we were eager learners, sitting at his feet alongside his dog, Venus. For the next hour Father Rohr gushed effortlessly about Enneagram theory.2Sherrill, AJ. The Enneagram for Spiritual Formation, p. 11; Baker Publishing Group. Kindle Edition

Sherrill said this exposure significantly altered the course of his studies3Sherrill, AJ. The Enneagram for Spiritual Formation, p. 11; Baker Publishing Group. Kindle Edition. Perhaps embracing occultic New Age beliefs would do that. In his Introduction he acknowledges:

“The origins of the Enneagram are disputed. No one knows precisely when and where it originated.4Sherrill, AJ. The Enneagram for Spiritual Formation, p. 12; Baker Publishing Group. Kindle Edition

Sherrill then goes on to mitigate the possible detractive impact of this admission by sharing the fake history which was invented by New Age psychologist, Claudio Naranjo: Grandfather of Psychedelic Therapy and his mentor Oscar Ichazo. Naranjo admits they did this to give the Enneagram credibility. Sherrill points to the claims of the Enneagram’s importance to the desert fathers. Cautioning against doubting the Enneagram’s ancient origins or its usefulness as a spiritual tool, Sherrill writes:

Those who may be skeptical of the Enneagram would do well to consider: many of the core themes that today undergird the Enneagram were themes the desert fathers found useful,5Sherrill, AJ. The Enneagram for Spiritual Formation, pp. 12-13; Baker Publishing Group. Kindle Edition

Can the Enneagram be taken as a serious or scientific study? Sherrill writes something told to him by an Episcopal theologian in jest:

Episcopal preacher-theologian Fleming Rutledge once quipped to me, “The Enneagram is astrology for Episcopalians.”6Sherrill, AJ. The Enneagram for Spiritual Formation, p. 13; Baker Publishing Group. Kindle Edition

Rutledge may have hit on something. The Enneagram is perhaps a bit like astrology, except as former astrologer Marcia Montenegro points out – with tongue in cheek – that astrology may be more reliable in its prognostications.

Sherrill then writes about evangelical detractors:

Second, those who dismiss the tool out of fear or ignorance: they often conflate the Enneagram with New Age enlightenment (or something like that). This group of despisers—oftentimes conservative Christians7Sherrill, AJ. The Enneagram for Spiritual Formation, p. 13; Baker Publishing Group. Kindle Edition

Ah, yes, “despisers” are very likely to be “conservative Christians.” You know, the folk who believe the word of God is the final authority in faith and practice.  But A.J. Sherrill tries to assuage the fears of his readers by asserting:

So, the “tool” Sherrill is promoting as something that will make us “More Like Christ,” is not even Christian, by his own admission. Why should a Christian turn to a non-Christian tool to become more like Christ?

In Chapter 4, “Scripture,” Sherrill admits biblical illiteracy in the Western church is high – which to us explains its ready acceptance of the Enneagram among Christians. He admits we don’t know enough about the biblical characters to know their Enneagram number. (How tragic!) He then demonstrates how to find out more about yourself by taking the Enneagram into the biblical text to help one understand what is going on. Obviously to Sherrill, there is no reason to improve biblical literacy by teaching verse by verse, book by book, or precept on precept when one can instead use a really cool New Age occultic tool like the Enneagram to keep the focus on ourselves.

The Enneagram purports to answer why we do what we do. Learning our number on the enneagram chart will supposedly help us to amend our behavior and positively affect how we react to others with different “numbers.” A deeper secret of the Enneagram is to realize that we are NOT sinners, but only need to recognize our true sinless self.

However, the real answer to our behavioral and relational problems cannot be found in the Enneagram. The answer lies in Scripture. In chapter seven of the book of Romans, Paul, who doesn’t appear to put much stock in his “number,” or anyone else’s number for that matter, writes about his own struggle with sinful tendencies.

For we know that the law is spiritual, but I am of the flesh, sold under sin. For I do not understand my own actions. For I do not do what I want, but I do the very thing I hate. (Romans 7:14-15)

For I know that nothing good dwells in me, that is, in my flesh. For I have the desire to do what is right, but not the ability to carry it out. (Romans 7:18)

He was redeemed but remained with his sinful inclinations as long as he lived, just as we, in our bodies, are still prone to sin and must struggle against it all our lives. Our full redemption from “this body of death” is a sure thing but it comes later.

Wretched man that I am! Who will deliver me from this body of death? Thanks be to God through Jesus Christ our Lord! (Romans 7:24-25a)

We look forward to that day.Ω