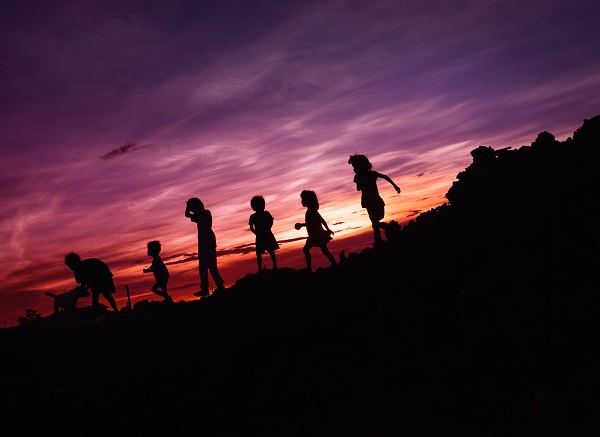 Photo by Rene Bernal on Unsplash

A quarter century ago, we were on a Q&A panel at an apologetics conference MCOI was hosting with a local church. One of the questions asked of the panel was whether we thought same-gender marriage would someday become legal. Joy didn’t hesitate but responded that it would and probably within a decade or so. She then added that she believed that pedophilia, or what is now being euphemistically called, “Minor attracted,” would likewise be normalized within 25-30 years.

The first same gender marriage occurred 9 years later, on February 12, 2004, when then San Francisco mayor, Gavin Newsom, “ordered city hall to issue marriage licenses to same-sex couples.”1History of same-sex marriage in the United States A year earlier 14 people in Massachusetts had filed suit against that state for banning same gender marriages. The case made its way through the courts and in 2015, the U.S. Supreme court ruled in the plaintiff’s favor, effectively making same gender marriage legal in all 50 states. Joy’s response to the question of normalization wasn’t prophetic – it was merely informed.

How have those with “Minor Attractions” fared? The activists are essentially following the road map toward acceptance and normalization which the Gay activists pursued. The process for mainstreaming homosexuality was simple. First, they normalized homosexuality in the eyes of average Americans by introducing homosexual characters and then couples in primetime television programming. It seems the first show to portray a gay character was Norman Lear’s, “All in the Family” in 1971 when Archie discovered his friend, Steve, was gay.2“These days, LGBT characters are featured regularly on small screens” Then, in 1977, Lear introduced a transgender character on “The Jeffersons,” his spin-off program of “All in the Family.” It was George Jefferson’s army pal who had transitioned into being a female.3“These days, LGBT characters are featured regularly on small screens”

The steady repetition of the mantra “they are born that way and cannot change,” or “God made them the way they are” gained increasing traction with the public. So, in 2011, pedophile activists likewise managed to gain representation in the review and update of the DSM:

The August 17 Baltimore conference is sponsored by B4U-ACT, a group of pro-pedophile mental health professionals and sympathetic activists.  According to the conference brochure, the event will examine “ways in which minor-attracted persons [pedophiles] can be involved in the DSM 5 revision process” and how the popular perceptions of pedophiles can be reframed to encourage tolerance.5“Conference aims to normalize pedophilia”

They were quite successful, as shown by the changes concerning pedophilia in the DSM implemented in 2013:

In a move toward destigmatizing pedophilia, the American Psychiatric Association (APA) in its updated Diagnostic and Statistical Manual of Mental Disorders (DSM), distinguishes between pedophiles who desire sex with children, and those who act on those desires.6“Not All Pedophiles Have Mental Disorder, American Psychiatric Association Says In New DSM”

How are pedophiles faring on the legal aspects of the path to acceptance? A few days ago, a familiar name in the sexual revolution, Gavin Newsom, now governor of California, again made news on that front. “Instead of Raising Penalties for All Child Predators, CA Gov Newsom Softens Penalties for Gay Pedophiles in Name of ‘Equity’.” Why does fairness to sexual predators at the expense of minors seem like a good idea to Newsom? Well, it’s probably only “fair” to accept that pedophiles were “born that way and cannot change” or that “God made them the way they are,” right? Why single out their particular “lifestyle choice” for disapproval and penalty? And after all, a person can’t “help who they ‘love’,” now can they?

At the same time, Netflix, no friend to Judeo-Christian morality, or much of any kind of morality at all, introduced the provocative film, “Cuties,” which is being decried as sexualizing minors. It may have set records for creating a firestorm of moral criticism – and for an almost immediate backlash to the firestorm. Already Reviewers insist that the film isn’t about pedophilia, but about a child’s rebellion against the traditions and practices of her Muslim family.7 “Cuties,” the Extraordinary Netflix Début That Became the Target of a Right-Wing Campaign Suddenly the sexual libertines have found the courage to openly criticize polygamy in Islam! Criticizing anything Islam is not normal practice among the enlightened elite, whose religious target of choice is of course Christianity, but it had to be done in order to defend the revolting sexualization of the young girls in the film. Before we go on, however, we must ask why the “lifestyle choice” of polygamists should come under criticism here. Is that really “fair?” After all, people can’t help how or who they love, can they? Why single them out for stigmatization?

… investigate if the company or its executives had violated federal laws against the production of child abuse material, asserting the award-winning title “sexualizes young girls.”

This Netflix contribution merely follows the winning strategy which Norman Lear and other media moguls employed to normalize characters and images through the media while the behavior of pedophiles is normalized through the American Psychiatric Association. That, for the activists, is really all that matters. Pedophiles, using progressive logic, have a right to follow their passions and pursue the “love” of their choice. Who are we or anyone else to judge them?

It is true that Jesus didn’t explicitly address homosexuality, pedophilia and other social issues being battled over in our day. That proves absolutely nothing, however. Jesus didn’t explicitly comment on many things and yet He did publicly take a position on them. Same-gender sexual relations, sex with children, orgies and other sinful practices were quite common in the Greco-Roman culture of the day. Many issues of morality had long been settled in Jewish life and culture including human sexuality. Jesus had no reason to instruct them in these matters because the Jewish people fully understood they were not to live in sexual debauchery as the pagans did.

In, “If homosexuality is so bad, why doesn’t Jesus condemn it?,” Ryan Leasure surveyed 400 years of Jewish thought, 200 BC to AD 200, and stated, “No Jew Accepted Homosexuality” and provided citations. In reading the citations, we also learn they did not accept pedophilia. In other words, there would be no need for Jesus to weigh in since there was no controversy on this issue. Sexual relations were to be strictly between a husband (biological male) and wife (biological female). Jesus affirmed this when the question of divorce arose. In Matthew 19:4-6 He pointed back to Genesis 1-2 and the establishment of marriage between a man and a woman. Earlier in Matthew He said He did not:

“come to abolish the Law or the Prophets… but to fulfill them” (Matthew 5:17)

Who gave the Law and spoke to the prophets in the Old Testament? The obvious answer is God. Jesus is God – God the Son. The Law and the prophets are His spoken word on these issues, and He did not “come to abolish” them. Jesus did not tell the people not to eat their grandmothers, but that did not give them nor give us license to do so.

Would our culture eat their grandmothers if eating grandma was to be “normalized” over time on TV or the movies and served with catsup? Hopefully not, but can we answer that with absolute certainty in our day of “anything goes?” A short few decades ago, would most of us have imagined that pedophilia could become an acceptable lifestyle in “Christian America?” That eventuality sure does not look so impossible now. On what basis can we oppose it, except for sheer “religious bigotry?” Our culture has largely unmoored itself from and is in corporate rebellion against God:

But understand this, that in the last days there will come times of difficulty. For people will be lovers of self, lovers of money, proud, arrogant, abusive, disobedient to their parents, ungrateful, unholy, heartless, unappeasable, slanderous, without self-control, brutal, not loving good, treacherous, reckless, swollen with conceit, lovers of pleasure rather than lovers of God,(2 Timothy 3:1-4)Ω