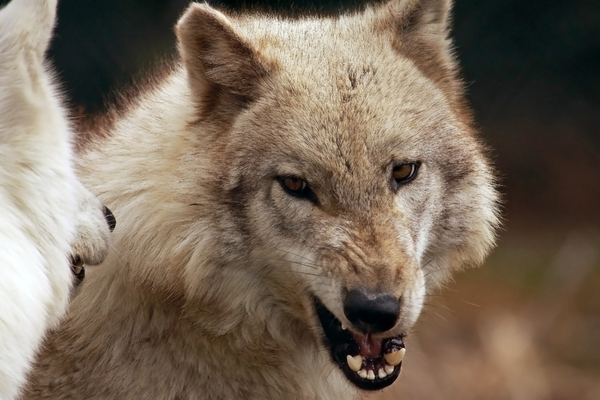 On January 20, 1961, John F. Kennedy (JFK), the second youngest President of the United States, was sworn into office (The youngest was Theodore Roosevelt at 42). Kennedy was the first Roman Catholic to be elected to that position by a very slim margin of 118,000 votes out of 69 million cast. His inaugural address captured the attention, imagination and energy of the nation’s young adults with a phrase which has oft been quoted since it was uttered:

The address was not long, a mere 1,365 words. This youthful WW II hero turned Senator and then elected President was issuing a challenge consistent with the ethos and morality of the time. He proposed a different sort of a handout than what we are used to politicians offering today. He asked that the hands of ordinary citizens be extended to serve their fellow citizens and through the Peace Corps, to serve people of other, less fortunate nations.

Although many in our nation were not Christians in the true sense of having a biblical understanding and acceptance of the Gospel, the culture still manifested a Judeo-Christian ethos and morality. This was reflected in the last sentence of JFK’s Inaugural Address:

With a good conscience our only sure reward, with history the final judge of our deeds, let us go forth to lead the land we love, asking His blessing and His help, but knowing that here on earth God’s work must truly be our own.

Little did anyone then realize another religion was already seeping into the minds and hearts of the nation which, within 50 years or so, would almost completely usurp the influence of the faith which had informed their values. This new faith reverses JFK’s challenge. If it were put into words, it would read:

“Ask not what you can do for your country – demand the country give you whatever you claim it owes you.”

The change was gradual, though it might seem sudden because the foundation underneath crumbled first, leaving the edifice above looking OK until its base could no longer support it. Much of the change came through cultural Marxism following the ideas of an Italian Marxist, Antonio Gramsci, one of the founders of the Italian Communist Party. He recognized that trying to implement Marxism through violent revolution in a Christian and Capitalist society wouldn’t work as it did elsewhere:

Practically speaking, civilization and Christianity were inextricably bound together. Christianity had become so thoroughly integrated into the daily lives of nearly everyone, including non-Christians living in Christian lands, it was so pervasive, that it formed an almost impenetrable barrier to the new, revolutionary civilization Marxists wish to create. Attempting to batter down that barrier proved unproductive, since it only generated powerful counter-revolutionary forces, consolidating them, and making them potentially deadly. Therefore, in place of the frontal attack, how much more advantageous and less hazardous it would be to attack the enemy’s society subtly, with the aim of transforming the society’s collective mind gradually, over a period of a few generations, from its former Christian worldview into one more harmonious to Marxism.1Gramsci’s Grand Plan, Fr. James Thornton, New American, Monday, 05 July 1999

Gramsci’s “march through the institutions,” as it has been described, included corporations, politics, arts & entertainment and of course, public education. John Dewey orchestrated the filtering down of Marxism through the universities to the lower grades. In effect, they captured much of the young before their parents and grandparents knew it was happening, and many are only now waking up to the monster that had been created while they slept.

Another facet of our cultural transformation is the self-improvement/pseudo-spiritual movement called psychology, which it turns out appeals to people of all ages. Carl Jung incorporated his religious eclecticism of “mystical traditions such as Gnosticism, Alchemy, Kabala, and similar traditions in Hinduism and Buddhism”2Dr. C. George Boeree, “Personality Theories: Carl Jung, 1875-1961; http://www.ship.edu/~cgboeree/jung.html into the budding new practice called psychoanalysis. His esoteric bent underpins his concept of the “collective unconscious,” which seems to have caused no little consternation among some of his friends:

After the publication of Psychology of the Unconscious, Jung says his former friends and colleagues deserted him, declaring that he was a mystic and his book was rubbish.3Frieda Fordham, Introduction to Jung’s Psychology, Penguin Putnam Book, 1966; online version http://www.cgjungpage.org/fordhambio.html; Chapter 8: Jung on Himself: A Biographical Sketch

Psychology wasn’t given much credibility within culture or the church in its earlier years. For example, in the 1947 film, Miracle on 34th Street, the store therapist, Granville Sawyer, is painted in a less than flattering light, and his therapeutic ideas and methods were mocked in the film by none other than Santa Claus! By the 1960’s, however, American psychologist Carl Rogers was among those shepherding along a new offering termed humanistic psychology. Abraham Maslow contributed to that with his “Hierarchy of Needs,” which quickly gained ground and, as we point out in “Stranger Danger,” largely shaped the theological views of popular Pastor Robert Schuller. From Schuller these ideas eventually informed and influenced the Seeker Sensitive and Purpose Driven church. Schuller offered to many a new and “improved” definition of sin:

Sin is any act or thought that robs myself or another human being of his or her loss of self-esteem. 4Robert H. Schuller, Self Esteem: The New Reformation, Word Books, Waco, TX, 1982; 14

If that doesn’t sound like the Bible’s view of sin, it is because it is far from the Bible’s view of sin, and far more palatable to many people. People also gravitated to Psychology to solve interpersonal problems because it had an aura of modern science attached to it, though it was really much more a religion concocted by men who had rejected the whole idea of God. God and His ways were so old-fashioned – and Psychology was so 20th century! So modern, so forward thinking – it greatly appealed to man’s pride. Psychology is of course not the only heresy that has invaded church and culture in recent decades, but it has been an enormously powerful change-agent in both arenas. Within the church, the old way of filtering all ideas through the grid of Scripture was turned on its head, with Psychology now often the grid through which scripture is interpreted. With that grid in place, and mankind the center of everything, anything that seemed to promote man’s happiness could be added to the mix, leading to all sorts of error in the church today. This new religion of self still largely calls itself Christianity, but it has “overwritten its biblical code,” so to speak. Its dogma is self-centered, rather than God-centered, stressing self-esteem over God’s call to humility.

The transition required a new understanding or redefinition of God. Biblically we learn that God is holy, and we are not. Out of His love, God reaches down to mankind and extends His amazing grace, his kindly attitude toward the undeserving, to us. In the new and improved view, God has been reduced to being little more than a provider of stuff we want. One rather large segment of the church, the Word Faith Movement, has blatantly made God into a sort of magic genie that must perform on our command and cannot act without our permission. Such amazing hubris…

Jesus taught His followers that they were to be both salt and light to the surrounding culture and warned that if the “salt loses its saltiness” it would be worthless in impacting culture for the good.  And that has proven true. As the church increasingly adopted the ideas and teachings of the culture, the mighty sea-change in Christianity has had a devastating effect on the culture as well. Without its saltiness, the salt does not preserve. Human self-importance provided the building blocks for a spiritual Tower of Babel which returned culture to the self-centered meanness of the First Century into which the church was born. If Gramsci were still alive, he would be pleased to see the “impenetrable barrier” of Christianity penetrated and drained of its power and guidance on culture.

It is sad to think about what we have lost. Society and much of the church have largely lost sight of the awesome God, who truly owes us nothing and to whom we owe everything. For our salvation, and while we were yet sinners, He chose to incarnate and serve mankind, to the point of dying in our place, so our sins could be forgiven.

…the Son of Man came not to be served but to serve, and to give his life as a ransom for many. (Matthew 20:28)

He did not ask what the world could do for Him, which would have been senseless anyway since we have nothing to offer. Instead, Jesus, son of God and son of man, did for us what we could not do for ourselves.

Psychology and other man-centered ideas do not have the answers for lost mankind, because they do not recognize the core problem. We are born selfish sinners and are desperately lost. We cannot fix ourselves, no matter how many self-help agendas we grab onto or promote. We are not God, but we sure do need Him. We can be redeemed by calling on the Name of the Lord (Romans 10:9-13), and then we are to serve others in love, and our first duty is to point the way to Jesus.Ω