The Art of Manipulation 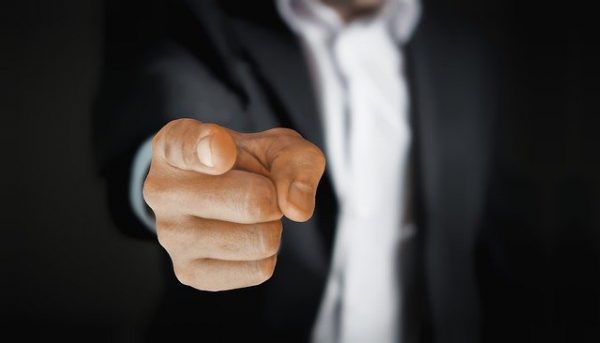 Image by Tumisu from Pixabay

Why do you believe what you believe? Why do you behave the way you behave? Peer pressure has a dramatic impact on social conformity. Human beings are quite susceptible to “group behavior,” and have an almost overwhelming desire to imitate the group they are a part of without even questioning why. As I watched the “Social Conformity – Brain Games” video, I was reminded through this demonstration of the great power of conformity. A young woman is in a waiting room full of strangers who all stand up when a beep sounds – she participates in the behavior after the third beep. She does not know the others in the room were instructed to perform this action beforehand. She has no idea why everyone around her stands at the beep and doesn’t even ask why. She just feels the need to conform. One by one the others are called out of the room, until she is the only one left, but when the beep sounds, even though alone, she still stands up. New people begin arriving, who know nothing of what has been happening. Soon they are all rising at the sound of the beep! No one knows why they should stand, but they conform to the group. They were all manipulated. The first person was intentionally manipulated to create a certain behavior – the rest conformed only because she gave unquestioning obedience to the beep.

Peer pressure conformity is not always a bad thing. Moral and ethical behavior is often taught and reinforced in this way. However, our minds should be involved in the process as well. When Jesus said, “You shall love the Lord your God with all your heart and with all your soul and with all your mind,” (Matt. 22:37) He gave us the responsibility to make rational decisions in how we live our lives, which precludes a mindless unquestioning conformity.

Wendy McElroy’s article, “Beware of Kafkatrapping” was posted in August of 2014 but is just as relevant, perhaps more relevant, today. According to Wikipedia, “Wendy McElroy (born 1951) is a Canadian individualist anarchist and individualist feminist.” I’m certainly not putting the Good Housekeeping Seal of Approval on everything she might believe and promote, but on this topic she has some very important things to say. Okay, for those who are baffled about what Kafkatrapping might be she writes:

Kafkatrapping twists reason and truth into self-parodies that serve victimhood ideologues who wish to avoid the evidence and reasoned arguments upon which truth rests.

It is a term coined by Eric S. Raymond about a book by Franz Kafka titled, The Trial, about manipulation and forced conformity under totalitarian rule. Raymond gives examples of how this forced conformity works out in real life. Kafkatrapping is a way of manipulating others through the use of false, vague and general accusations, and then demanding a confession of your personal guilt, using peer pressure to reinforce their demands.

The term “kafkatrapping” describes a logical fallacy that is popular within gender feminism, racial politics and other ideologies of victimhood. It occurs when you are accused of a thought crime such as sexism, racism or homophobia. You respond with an honest denial, which is then used as further confirmation of your guilt. You are now trapped in a circular and unfalsifiable argument; no one who is accused can be innocent because the structure of kafkatrapping precludes that possibility.

Once accused, there can be no denial, no reasoning with the judges, and no overturning the verdict. YOU ARE GUILTY. Just admit it – stand up at the beep – and you’ll be “set free” from your “sin.” You can then go forth and accuse others.

This sort of manipulation is not new, of course. Franz Kafka observed it and crafted a novel which demonstrated the tactics to those who would read it. Eric Raymond gave it a name, Kafkatrapping and explained the mechanics of how it works. But how does this impact you and me in our day to day lives? There is today a great push to conform – not only in culture but in the church – to accept, validate and embrace behaviors and ideas which are antithetical to sound biblical teaching. We are now required to reject the belief that gender is only male and female. We must embrace and celebrate “gender identity” which is based solely on someone’s feelings and personal assertion. Lack of affirmation and celebration of the 112 “genders” which are being claimed in 2020 could result in losing your job and being assaulted by the cancel culture on Twitter, FaceBook, etc. Any attempt at reasoning based on science and facts is only evidence of your “homophobia,” “transphobia,” “Burstgenderphobia” as well as the 109 other “…phobias,” and, of course you will bear the label of being a sexual bigot unless you conform.

Most people shudder at the mere thought of being accused of racism. It’s an ugly accusation, and most logical people would be (understandably) defensive. Sinister accusations without any concrete evidence are…wrong. But, as we’ve discussed, DiAngelo insists that defensiveness is proof of both fragility and racism. DiAngelo’s pseudo-scientific premise locks well-meaning people into an impossible conundrum. If you refuse to admit you’re racist, that means you are both mentally and emotionally fragile, as well as racist. If you admit you’re racist, at least you aren’t fragile. Admission of racism is clearly the better of the two options, and in the pursuit of righteousness (and to avoid being labeled fragile), that’s what most readers will settle on. Once DiAngelo has successfully manipulated your emotions and forced you to admit you’re a racist (with no evidence), she’s now got you desperately searching for a solution…a way out of your racism.

As it turns out conforming and admitting to being a racist doesn’t resolve the problem because the admission is deemed self-serving and therefore further evidence of your racism.

Scripture is not opposed to conforming, per se, and in fact, urges Christians to be conformed to the image of Christ. Yet we are warned to use our minds to carefully discern what it is we should be conformed to:

Do not be conformed to this world, but be transformed by the renewal of your mind, that by testing you may discern what is the will of God, what is good and acceptable and perfect. (Romans 12:2)

Therefore, preparing your minds for action, and being sober-minded, set your hope fully on the grace that will be brought to you at the revelation of Jesus Christ. As obedient children, do not be conformed to the passions of your former ignorance, but as he who called you is holy, you also be holy in all your conduct… (1 Pet. 1:13-15)

Notice his line of thinking: “preparing your minds for action” and “being sober-minded” precedes “do not be conformed.” We are to be living holy lives, not lives of conformity to society. We can count on the fact that we will be pressured to conform to society’s popular dictates, and there will likely be negative consequences as we resist “kafkatrapping:”

But even if you should suffer for righteousness’ sake, you will be blessed. Have no fear of them, nor be troubled, but in your hearts honor Christ the Lord as holy, always being prepared to make a defense to anyone who asks you for a reason for the hope that is in you; yet do it with gentleness and respect, having a good conscience, so that, when you are slandered, those who revile your good behavior in Christ may be put to shame. For it is better to suffer for doing good, if that should be God’s will, than for doing evil…(1 Pet. 3:14-16)

Our present situation is not new. The First Century believers had similar struggles, demands to conform and, yes, were subjected to “kafkatrapping.” There is a very good article in First Things titled “Trouble in Bakersfield” by Carl R. Trueman, giving real life examples of these tactics and how to respond. One of them has to do with his son:

A few years ago my oldest son was running track for an Ivy League school. One of the team came out as a lesbian and it was decided that all athletes should wear a rainbow armband in support. My son did not want to comply but also did not wish to cause unnecessary offense to his friends and so he called me and asked what argument he should make against the idea. I told him to say that, as one of America’s greatest virtues was its freedom, he should tell his teammates that he absolutely respected their right to wear the armband in solidarity with their friend. They were free to do so and he rejoiced to live in a nation where they could do so. But by the same token, they should respect his right not to wear the armband in accordance with his personal religious convictions. That’s a good argument, I said, and I told him he should make it modestly and politely and then simply not wear the band without drawing any great attention to his act. But I also advised him that it would not be greeted with approval because the issue was not really about the freedom to be tolerant and diverse, whatever the rhetoric. It was about the intolerant political demand that all should be the same. Sure enough, he was decried as a bigot and homophobe.

Notice there was a cultural pressure on his son to reject his beliefs and conform to affirming behavior which conflicted with his moral values. He affirmed their right as a group to unite but they refused to respect his right to abstain. He was “Kafkatrapped!” His non-conformance and refusal to be manipulated was itself used as evidence that he is “a bigot and homophobe.” Some, perhaps many, will cry, “It isn’t fair!” and they would be right, but that isn’t really the point. The Scriptures assume life won’t be fair. Peter assumes we will be “slandered” and reviled and points out that “it is better to suffer for doing good, if that should be God’s will, than for doing evil.” Indeed.

© 2020, Midwest Christian Outreach, Inc. All rights reserved. Excerpts and links may be used if full and clear credit is given with specific direction to the original content.