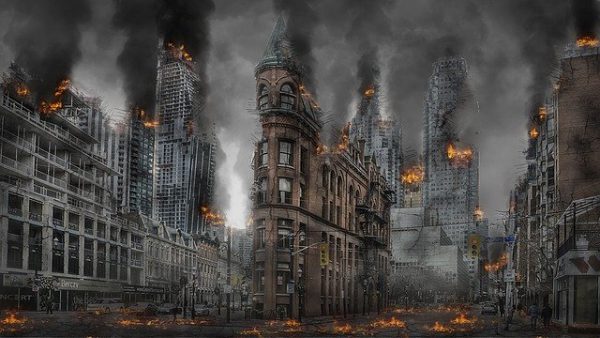 Suggesting that atheists need Christianity may trigger serious heartburn and provoke angry denials from your average atheist. The atheist’s angry reaction at the mere suggestion would of course be nothing new. There has been a long and storied history of atheists ridiculing, lambasting and calling for an end of Judeo/Christian ideas of absolute truth and absolute standards set by a God they do not believe in. French Enlightenment era atheist Voltaire (François-Marie Arouet), was quite vocal in his ridicule of the faith, and especially the Roman Catholic Church:

If there are atheists, who is to be blamed if not the mercenary tyrants of souls who, in revolting us against their swindles, compel some feeble spirits to deny the God whom these monsters dishonour?

Of course, we would readily admit that there are and always have been bad-actors in the church, and in fact, all of us as human beings, Christian or not, are seriously flawed. But that is a very poor reason to reject the salvation the Lord provides, the only remedy for our flawed (sinful) condition. Often the unbeliever’s finger pointing at flawed people in the church, sinners all, is used as an excuse to reject what they desperately seek to reject for other reasons – namely their own sinfulness. And we probably all remember the childhood saying that when one finger is pointing at someone else, three fingers are pointing back at the accuser. There is also the tried and true “rubber and glue” adage to keep in mind. 😊 So, we posit this convenient rejection is very often motivated more by how someone wants to live than whether Christianity is true.

We must point out that Voltaire and other atheists in the past lambasted Christianity while safely swimming in the cultural pool of the very faith they despised. They did not taste the world that their ideas would create, and never had to suffer the repercussions of their most genial visions. And their ideas have caused massive chaos and suffering in this world.

We could talk about the vast negative influence on the world and western civilization of Charles Darwin, Karl Marx and many of these earlier atheists, but the one who has perhaps had the most profound impact in the United States is early 20th Century atheist, John Dewey. He authored the original Humanist Manifesto, in which he argued there is no God, the universe is self-existing, humans are the product of evolution and there is no need for religious interference. Man can determine his own destiny just fine, and probably better without God. The impact and influence of this man have been profound. As Dr. Peter Jones points out in “Home Sweet Homeschool”:

What inspired Dewey’s educational theory? He believed that “morals were essentially social and pragmatic and that any attempt to subordinate education to transcendent values or dogmas ought to be resisted.” He discovered such a system on his visit to Moscow in 1928 (just ten years after the entire family of the Romanov Czar had been brutally murdered, children included). Inspired by the Russian Marxists, he wrote glowing reports about the successes of Soviet communism in the “New Republic” magazine. The influence of Marxism was not limited to Dewey’s written work. In 1934, with Rockefeller money, Dewey played a key role in helping the Frankfurt School’s operatives (German Jewish Marxist intellectuals who were escaping from Hitler—including Max Horkheimer, Theodor W. Adorno, Jürgen Habermas, Erich Fromm and Hebert Marcuse) to put down their roots at his newly founded Columbia University’s Teachers’ College.

Dewey and his like-minded associates decided if they wanted to change culture and eliminate God, along with the influence of Judeo/Christianity morality and the hated Christian faith, what they would have to do is gradually use the public school system to carry it out. Nearly a century later we can see how very successful their efforts have been.

Over the last few decades, the “New Atheism,” led by the Four Horseman of Atheism –  the late Christopher Hitchens, Richard Dawkins, Sam Harris, and Daniel Dennett – have been making great strides trying to eliminate Christianity and its moral demands. However, some of these have recently had an epiphany of sorts. They may have been too hasty, and not given enough thought to any downsides of the world they were creating.

Perhaps atheists were safer as atheists in a Christian culture than they are in an ever more chaotic and ruthless atheistic culture. With the announcement of the demise of Christianity in Europe, one would think Richard Dawkins would be celebrating the success and victory of the New Atheism. Instead, according to “Atheist Richard Dawkins warns against celebrating the alleged demise of Christianity in Europe” Dawkins shocked the world with a 32-word Tweet:

Dawkins tweeted Wednesday: “Before we rejoice at the death throes of the relatively benign Christian religion, let’s not forget Hilaire Belloc’s menacing rhyme: ‘Always keep a-hold of nurse – For fear of finding something worse.’”

We now have some other unexpected voices speaking out in a similar vein. Atheist Douglas Murray, author of the 2017 book, The Strange Death of Europe, has been arguing that if it weren’t for Christianity there could not ever have existed a society with “Enlightenment Values.” According to Life Site News, Douglas Murray “has taken to occasionally calling himself a “Christian atheist.”

More recently, atheist Tom Holland is defending Christianity even though he has not embraced the faith. In reviewing Tom Holland’s newest book, Dominion: How the Christian Revolution Remade the World, Jonathon Van Maren reveals why:

How did we get from there to here? It was Christianity, Holland writes. Christianity revolutionized sex and marriage, demanding that men control themselves and prohibiting all forms of rape. Christianity confined sexuality within monogamy. (It is ironic, Holland notes, that these are now the very standards for which Christianity is derided.) Christianity elevated women. In short, Christianity utterly transformed the world.

In fact, Holland points out that without Christianity, the Western world would not exist. Even the claims of the social justice warriors who despise the faith of their ancestors rest on a foundation of Judeo-Christian values. Those who make arguments based on love, tolerance, and compassion are borrowing fundamentally Christian arguments. If the West had not become Christian, Holland writes, “no one would have gotten woke.”

It is highly ironic that those who are now promoting revolutionary change in society to bring about so-called “social justice” are themselves resting on the foundation of Christianity, which they often despise with a passion. But some of course even call themselves “Christian,” but engage in a form of “Christianity” that strips the authority from the Bible and instead trust in their ever-changing feelings to determine what is right or wrong. These uber-tolerant folks often rely on “relative truth” rather than absolute truth, which in theory means “what’s right for me is right for me, and what’s right for you is right for you.” But in actual practice, that only holds if everyone essentially agrees with them. Otherwise, what’s right for them shall be imposed upon you in relatively short order. All the animals in Animal Farm were equal, but some animals were more equal than others.

The Jesus who asked His Father to forgive his executioners said, “They know not what they do.” And sadly indeed, the young and idealistic would-be executioners of Christianity “know not what they do.” If there is no God, no standards of right and wrong, there would certainly not be any social justice. There would be only the “law of the jungle” where stronger animals eat the weaker ones. We could rightly expect to live in a society of chaos and wanton destruction and violence. And senseless death. That doesn’t even sound like a good place to visit, much less live.

The fundamental problem atheists cannot solve is that without God, a defense cannot be made that human life is precious, nor is there any objective reason to live a moral life without Christianity, and certainly no objective reason to treat others as you would like to be treated yourself. As Dennis Prager pointed out in “The Lockdown, Evangelicals and the Afterlife: A Response to an atheist Harvard prof”:

And as regards the “malignant” charge, while there are, obviously, good individuals who are atheist, atheism is morally worthless. It makes no moral demands, whereas Judaism and Christianity posit a God who demands people obey, for example, the Ten Commandments. Atheism demands nothing; it only destroys the Judeo-Christian bases of morality in Western civilization, the civilization that gave the world democracy, liberty, women’s equality and an end to slavery.

In this post Christian age, quite a few atheists have come to realize something that was written nearly 2,000 years ago, in the Bible no less, is incontrovertibly true:

And since they did not see fit to acknowledge God, God gave them up to a debased mind to do what ought not to be done. They were filled with all manner of unrighteousness, evil, covetousness, malice. They are full of envy, murder, strife, deceit, maliciousness. They are gossips, slanderers, haters of God, insolent, haughty, boastful, inventors of evil, disobedient to parents, foolish, faithless, heartless, ruthless. Though they know God’s righteous decree that those who practice such things deserve to die, they not only do them but give approval to those who practice them. (Romans 1:28-32)

As that ancient philosopher Joni Mitchell warned in her song, “Big Yellow Taxi”: