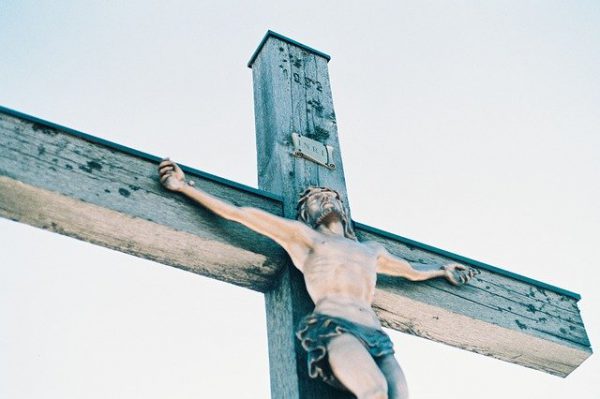 Image by StockSnap from Pixabay

I recently read a critique of Biblical prophecy (specifically, Messianic prophecy), which was alleged to have been taken out of context by selectively quoting a verse or two, rather than quoting the entire passage. This claim stems from either a lack of understanding the Jewish method of interpretation or disregarding it.

I’m sharing the following information with you, so you’ll have a succinct response if and when you encounter this in the future.

There are many ways to misinterpret what we read. When we do, we misrepresent what the author intended. The following quote is a common example of “misinterpreting” a Biblical text:

“Finally, the true suffering of Jesus was not only the fact He was put to death on a Roman cross. 2nd Corinthians 5:21 explains the uniqueness of Yeshua’s death:

“God made him who had no sin to be sin for us, so that in him we might become the righteousness of God.”

He died as a sinless man, the Son of God, who took our sins upon Himself and experienced separation from the glory and presence of the Father in Heaven. He prayed, “My God, My God, why hast Thou forsaken me?”

He did not pray that prayer because the nails in his hands and feet were so painful; but because He experienced separation from the Father due to our sins.”

And while that may be the prevailing Christian interpretation (or more accurately, “interpolation”) of the text, it certainly isn’t the one the author intended. For those of you who aren’t familiar with the acronym “PaRDeS”– which means “orchard,” or “garden” — the “Peshat” is the plain, simple meaning of the text; “Remez” means a “hint” of something more; “Drash” means “to search out”; and “Sod” is the hidden or “secret” meaning within the text.

Examples of ‘Parsha and Parsh’ot’ (A “Portion” of the “Whole”)

In Judaism (including the Judaism during the time of Yeshua/Jesus), the citation of a Scripture text implies the whole context, not merely the quoted words. Its purpose was to call our attention to the entire Biblical passage, and not merely to the verse or verses being quoted.

The majority of Jewish people around the world are intimately acquainted with the Declaration “Hear O Israel…,” and could immediately complete it.

But most Christians around the world wouldn’t know what “Shema Yisrael” means, or where to find it.

The majority of people around the world (Jews and Gentiles) are familiar with this verse and could most likely complete it. But the verses are part of a larger context, without which, the intended meaning is undermined.

For examples in song, think of the first line of these two songs by the Beatles:

And most people would be able to quickly connect the first few words to the rest of the song.

And here’s the point:

When Yeshua was quoting from Psalm 22:1, He was drawing their attention to the ENTIRE Psalm, and that it was being fulfilled before their eyes. As you know, He taught this way in all four Gospel accounts. (For a clear example of the “Remez,” read Luke 4:14-21, and the entire chapter of Isaiah 61.)

To read more into the text than the author intended is to do a disservice to the text, which often produces erroneous teachings due to a lack of understanding the Jewish context.

Many leaders in the Word-Faith movement (and many otherwise reputable and respected theologians as well) have misinterpreted Psalm 22:1 and Matthew 27:46, and some have used those verses to teach false and destructive doctrines like “Jesus was separated from the Father, died spiritually and went to hell, was tormented by satan for three days until He was “born again” in hell,” and similar heresies, as if the emotional anguish and physical torture wasn’t enough to satisfy the Father, He also had to abandon (or “turn away”) from His Son during His greatest act of obedience– and in His greatest hour of need? 👉 NO! 👈

And when you read Psalm 22 in context, verse by verse, you’ll see that King David begins the Psalm by questioning God in the midst of adversity (verses 1-16), but the Psalm ends in triumph and victory (verses 19-31), just like the suffering and victory of KING MESSIAH– and that’s the point.

“For He has NOT despised or disdained the suffering of the afflicted one; He HAS NOT HIDDEN HIS FACE FROM HIM but has listened to his cry for help (emphasis mine).

Also worth mentioning is that when Yeshua spoke the words “Into thy hands I commit my spirit” (Luke 23:46), He was quoting from Psalm 31, which describes how King David felt rejected and abandoned, but ends in triumph and vindication.

The words “Into thy hands I commit my spirit” was also a common bedtime prayer during the time of Jesus and are still recited by observant Jews as part of their bedtime prayers.

Another text worth noting is 2nd Corinthians 5:21, where Saul/Paul is telling us that Yeshua became our “sin offering” (an “asham,” or “guilt offering” (ref. Isaiah 53:10).

He was NOT teaching that Yeshua “became sin” (or “to be sin”), as is often mistranslated in the majority of English translations.Ω

Blessings on your journey,