The Not So Strange Tale of Two Jehovahs 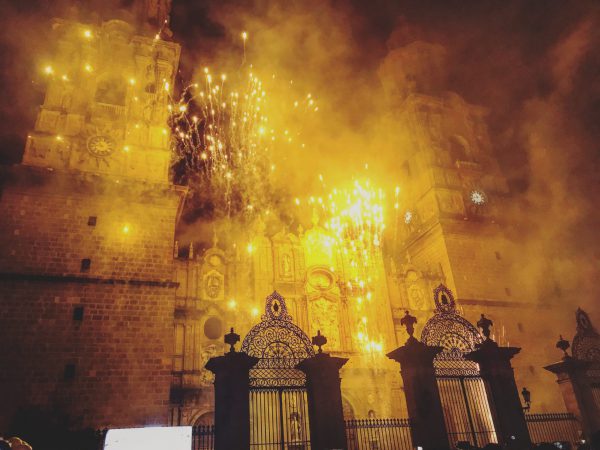 Photo by Arturo Lima on Unsplash

If we began this post with the words, “Once upon a time…” and went on to tell the tale of two Jehovahs, most would assume it was just a story, perhaps a fairly-tale. In actuality, the story is true, it’s in the Bible, and the One telling it is Jehovah Himself. Since we will be looking at this scripture in the Jehovah’s Witnesses New World Translation, it seems a point of clarification would be helpful. Their systematic rendering of “Jehovah” from the four Hebrew consonants we write in English, YHWH, is not a very good translation. The NWT “translation” has been altered in many places to be a tool the Watchtower Society uses to “prove” their own doctrines and practices to people who are unaware of their “helpful” alterations. However, rather than spending time explaining why their use of “Jehovah” throughout their translation is faulty, we thought we would let them tell us why this is so:

While inclining to view the pronunciation “Yah-weh” as the more correct way, we have retained the form, “Jehovah” because of people’s familiarity with it since the 14th century.1The Kingdom Interlinear Translation of the Greek Scriptures; 1969, Watchtower Bible and Tract Society of New York, Inc., p.23

But let’s look at the biblical tale of the “two Jehovahs,” which rather ironically is easier to see in the NWT than in translations that utilize the word LORD in place of the tetragrammaton, YHWH.

As JWs point out – in one of their flawed arguments to deny the Christian doctrine of the Trinity – there is only one true God. And as the scriptures teach very clearly that there is only ONE true God, we agree with them wholeheartedly on that point. They quote Isaiah from the NWT to make their point:

This is what Jehovah has said, the King of Israel and the Repurchaser of him, Jehovah of armies, “I am the first and I am the last, and besides me there is no God,” (Isaiah 44:6)

This is but one of several passages which emphatically declare that there is ONE God. The Scriptures also state quite unapologetically God created the heavens and the earth (Genesis 1:1). They could also utilize Isaiah 44 to affirm that Jehovah was all alone when He Created everything. We would agree with that entirely.

This is what Jehovah has said, your Repurchaser and the Former of you from the belly: “I, Jehovah, am doing everything, stretching out the heavens by myself, laying out the earth. Who was with me? (Isaiah 44:24)

They use the rather clunky word “repurchaser” in lieu of the word redeemer, probably because so many people are aware that Jesus is the redeemer, and they don’t want people making the connection between Jesus and “Jehovah.”

So far though, Trinitarians and the Watchtower Society are in complete agreement that there is one true God, Jehovah being their name for the one God – which we shall agree to use for now for the sake of discussion. Our argument is that although there IS BUT ONE GOD, we find in the Bible at least two separate persons that refer to themselves as Jehovah!

In Zechariah chapter 2 the prophet quotes someone who refers to himself as Jehovah of armies:

“Hey there, Zion! Make your escape, you who are dwelling with the daughter of Babylon. For this is what Jehovah of armies has said, ‘Following after [the] glory he has sent me to the nations that were despoiling YOU people; for he that is touching YOU is touching my eyeball.” (Zechariah 2:7-8)

For here I am waving my hand against them, and they will have to become spoil to their slaves.’ And YOU people will certainly know that Jehovah of armies himself has sent me. (Zechariah 2:9)

This is intriguing. We know from Scripture that according to Jehovah, He is the only true God. But here we learn that He was “sent” by none other than Jehovah of armies! So, Who sent Jehovah of armies? Why, Jehovah of armies has sent Him! This Jehovah – the one Who is sent – continues:

Cry out loudly and rejoice, O daughter of Zion; for here I am coming, and I will reside in the midst of you,” is the utterance of Jehovah. Zechariah 2:10)

And many nations will certainly become joined to Jehovah in that day, and they will actually become my people; and I will reside in the midst of you.” And you will have to know that Jehovah of armies himself has sent me to you. (Zechariah 2:11)

And Jehovah will certainly take possession of Judah as his portion upon the holy ground, and he must yet choose Jerusalem. Keep silence, all flesh, before Jehovah, for he has aroused himself from his holy dwelling. (Zechariah 2:12-13)

The Jehovah of armies who was sent to earth by Jehovah of armies is described as being aroused from His holy dwelling place. When did Jehovah of armies leave His holy dwelling place to dwell in the midst of His people? Here’s a hint: He came once about 2000 years ago – and He is coming again! And when He returns, where shall He return to? Luke says in Acts 1:9-11 that Jesus – referred to in Zechariah as Jehovah – will return to the same spot that He arose to heaven from – The Mount of Olives in Jerusalem! And He will return in the same fashion as He left! He is coming with the clouds and every eye shall see Him, as Revelation 1:7 proclaims. Clouds received Him from the people’s sight as He ascended, and the clouds with be with Him when He returns! Even so, come quickly Lord Jesus! OK, I get excited…! This future return of Jesus/Jehovah is described in detail in Zechariah. Again, in the NWT:

Jehovah will go out and war with these nations as when he fights in the day of battle. In that day, his feet will stand on the mount of Olives which faces Jerusalem on the east, and the Mount of Olives will be split in half from east to west forming a great valley; and half of the mountain will move to the north, and half of it to the south…And Jehovah my God will come, and all the holy ones will be with him. (Zechariah 14:3,4 & 5b NWT)

And WHO is bringing the holy ones with Him when He returns? You KNOW its Jesus! He will bring with Him those Christians who have already died, and those who are alive and remain shall be caught up together with them in the clouds to meet the Lord in the air (1Thessalonians 14-17). What a great day that will be!

There is one true God, who is the lone creator, the lone redeemer, whose name is YHWH, or as the JWs translate it, Jehovah. However, according to the passages we looked at today, within the nature of that one true God exist at least two persons who share the name YHWH, one sending and one being sent, arousing Himself from His holy dwelling to live in the midst of the people. We also find God is the creator (Genesis 1), that He alone is the creator by himself (Isaiah 44:24), and according to John 1:3, the Word – Jesus – created everything which is created:

If Jesus didn’t create it, it isn’t created! Yet we know that Jehovah of armies is the sole creator! What we have here in the inspired, inerrant text of Scripture, is the tale of two Jehovahs, as told by Jehovah and yet One True God. That is getting remarkably close to the doctrine of the Trinity! And another day, we can talk about how the Holy Spirit is called Jehovah as well!

YHWH Himself was sent by His father (John 3:16), incarnated into human form as Jesus, and is indeed our redeemer by purchasing us with His own blood (Acts 20:28). He paid for our sins so that we could live forever with Him by calling on His name. (Romans 10:9-13)Ω