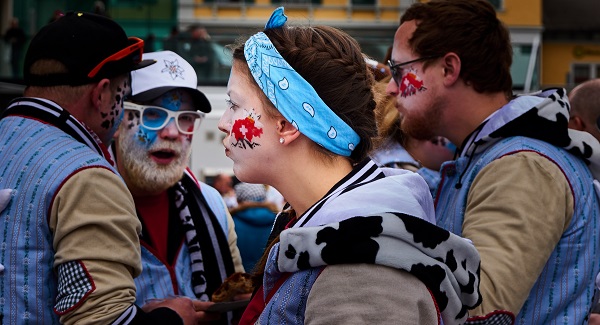 Photo by Jochen Burkhard on Unsplash

If, as it is said, politics makes for strange bedfellows, Cultural Ideology says, “Hold My Beer.”

Peter Boghossian, a philosophy professor, In his essay Welcome to Culture War 2.0, claims that we are witnessing a “great realignment” of cultural forces. And they are some strange bedfellows indeed.

This first culture war was mostly fought over issues of religious faith and morality, such as whether creationism was a viable alternative to the theory of biological evolution and whether limits should be placed on institutionalizing Christian values in the public sphere.

Boghossian says flatly that war ended in 2013 with the Obergefell decision that legalized gay marriage. But before you start railing on Boghossian, consider that he thinks in Culture War 2.0 the winners and losers of Culture War 1.0 are not both aligned against a greater threat.

Boghossian is no fan of Christianity. When you read him, he makes it clear that he is an atheist, cultural liberal. But he says something that probably got him a stiff reprimand from Sam Harris:

If a conservative Christian believes Jesus walked on water—and believes this either is or is not true for everyone regardless of race or gender—and if she values discourse and adheres to basic rules of engagement, then she is closer to my worldview than an atheist who believes race and gender play a role in determining objective truth and that her opponents should not be allowed to air what she considers harmful views.

This is the great realignment. For Boghossian, the winners and losers of Culture War 1.0 are allied against a new foe. A whole new threat from both Christians and Atheists alike who are “woke.” They define reality through the lens of race, sex, sexual orientation, and other protected classes.

What is interesting (and terrifying) about this claim is that in Culture war 1.0 both sides agreed on something like the correspondence of truth. They disagreed about what was true (creation vs. evolution, etc) not so much who could determine the truth.The truth was determined by the rules of logic, science, and history. This is why Boghossian says we Christians who value discourse (and what is evangelism if not a kind of discourse) are more like moral friends than moral strangers in this conflict.

In 2.0 the debate is over who has access to the truth. The woke tribe is not your garden variety moral relativists of the 1970s. They do believe there is a truth. Bognossian claims the frightening difference is that they think only those whose identity corresponds to the certain protected classes (racial minorities, sexual identities, and other historically oppressed groups) have full access to the truth:

I find this a strange reversal of a view I used to hear all the time. I remember once engaging someone in discourse at a new age bookstore. We were talking about God and morality. The New Age enthusiast told me that no one could get the full picture on God. A version of the Blind Men and the Elephant parable. The problem with the tale is that the sighted story teller knew what the elephant was and that the six blind men were all wrong.

My religious perspective is portrayed as only one tiny facet of the multiplicity that is God. Notice that if Boghossian is right, we are not all blind folk feeling around for an elephant, some of us are blinder than others. We are incapable of accessing the truth because of our cultural identity. The woke folk seem to be saying, you cis-gendered white males don’t have the equipment to see the full truth. Sit down and let the sighted people drive for a while.

If Boghossian is right, then once again the philosophies of the world have metastasized into a new malady. It will require careful thought. It will likely require more sacrifice on our part than Culture War 1.0, and it will require lots and lots of prayer.Ω