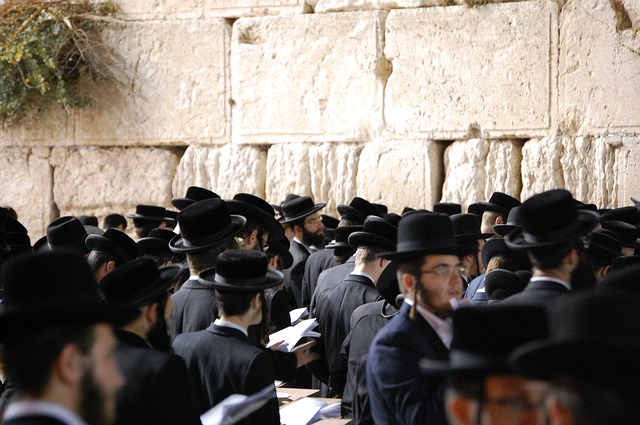 Image by MoneyforCoffee from Pixabay

In 1 Timothy, after his opening salutation, the Apostle Paul immediately launches into warnings about false teachers, false doctrine, myths and genealogies. What is he referencing in the category of “myths and genealogies”? The Faithlife Study Bible comments:

Although genealogies were properly used in the gospels to validate the lineage of the Messiah, false teachers were writing themselves into genealogies where they did not belong, and/or excluding others who rightfully belong in order to give seeming validity to their claims and their false teachings. Paul is talking about both Greek and Jewish myths. The early church must have had a serious issue with false teacher’s use of myths and genealogies, because Paul mentions the problem four times in Timothy and Titus (1 Timothy 1:4, 4:7, 2 Timothy 4:4 and Titus 1:4).

Today, just as in the early church, false teachers and cult groups use myths to validate themselves and their teachings. Myths about the Christianity and Christians of the first several centuries are often used to confuse and capture people who do not know church history firsthand. Many cults perpetuate myths about Emperor Constantine and Council of Nicea to give themselves an air of credibility. For one example, since the Jehovah’s Witnesses believe that Jesus is merely a created angel, and teach that the early church did not believe that Jesus was God incarnate, they say that this idea – of Jesus being God – was forced upon the church by Emperor Constantine. Not true.

In 313 Constantine issued the “Edict of Milan,” which granted official toleration of Christianity and other religions. He ordered that Sunday be granted the same legal rights as pagan feasts and that feasts in memory of Christian martyrs be recognized.

Rome had a pantheon of gods, religions and feasts which were legal, but up until that time Christianity was not legal and in fact was persecuted. The persecution was officially ended in 313 with the “Edict of Milan.” The myth the Black Hebrew Israelite would like to palm off on the unsuspecting is this: “The sun-worshiping, Sunday Christians of today are descended from that group.”

No, the church at that time were not worshipping the “Sun,” but rather “The Son,” and had done so from the First Century. We realize this information conflicts with their favored myth. It is true that the Jewish disciples met in synagogues and at the temple on the seventh (sabbath) day, but that was for the purpose of evangelism. We see Paul doing a similar thing. They very much wanted their Jewish kinsman to be saved. But, the First Century believers gathered as believers on the first day of the week, Sunday, to break bread and teach. Luke records this in Acts 20:7. Paul directs the Corinthians to set aside their collection on “the first day or the week” (1 Corinthians 16:2) because that is when they gathered to worship, be taught, and break bread. Why the first day of the week? Simple, that is the day the Lord was resurrected (John 20:1), and the day when Jesus appeared to the disciples (John 20:19). By the way, although Constantine legalized Christianity in 313 AD, it didn’t become the official religion of the Empire until 380 AD by the hand of Emperor Theodosius.

The article, What occurred at the Council of Nicea? gives a good overview of the issues which threatened to divide the empire at that time. Constantine did call for the council, but it was up to the Bishops of the churches to deal with the theological questions at hand – which dealt with the nature of Christ, the Trinity, the proper day to celebrate the resurrection, etc.

OK, those are myths, and there are so many more we could mention. But what of genealogies? One such bogus genealogy, British Israelism, has roots in the 16th Century but gained steam in the 19th Century with John Wilson’s work, Our Israelitish Origin. British Israelism is pretty accurate in describing its origins and beliefs.

British Israelism (also called Anglo-Israelism) is a pseudoarchaeological belief that the people of the British Isles are “genetically, racially, and linguistically the direct descendants” of the Ten Lost Tribes of ancient Israel.

This is patently false.

Then there is the claim by the Church of Jesus Christ of Latter-day Saints (commonly known as Mormons) that the American Indians are descendants of the Jews. It has been a popular genealogical myth for them, but with the advent of DNA testing this claim has been demonstrated to be false as well.

The Black Hebrew Israelites seem to discuss genealogical issues for deceptive purposes as well. A recent assertion by one of them is:

Ashkenazis are descendants of Japhets, not Shem “The sons of Japhet; Gomer…And the sons of Gomer; Ashkenaz”, Genesis 10:2-3. “The thirteenth Tribe”, by Arthur Koestler, already established that the Ashkenazis are Khazars. According to genetics, the Lemba and Igbo tribes are descendants of Jacob, not the Khazars.(A Beginners Look at the Black Hebrew Israelite Movement – Tramaine Kimbley Webcast 161. Comment by “B Bank” )

If one is unfamiliar with the biblical text – in its historical grammatical understanding – and history, this is a genealogical myth that is easily perpetrated. While it is true that “Ashkenaz” is named as a descendant of Japheth (a grandson) who was the son of Noah, that doesn’t mean the European Jews, the “Ashkenazi,” are his descendants. There was about 400 years between Noah and Abraham. For those who like genealogies, Genealogy Chart from Noah to the 12 Patriarchs is helpful. Ashkenaz, like the rest of the family, went out and settled in other areas.

“In rabbinic literature, the kingdom of Ashkenaz was first associated with the Scythian region, then later with the Slavic territories, and, from the 11th century onwards, with Germany and northern Europe.”2See “Ashkenaz”

The descendants of Abraham, Isaac and Jacob who later moved to that area were called “Ashkenazi” because of where they lived, not because of their lineage. It would be akin to someone referring to us as “Illinoisans.” Illinois is where we live and are quite heavily taxed, so we can rightly be called Illinoisans, but that has nothing to do with our genealogy, only our area of residence. Proposing, as the Black Hebrew Israelite group does, that the black Lemba tribe of Zimbabwe are of Jewish descent doesn’t at all demonstrate that the Ashkenazi Jews are not Jewish. The Lemba Jewish Tribe (Zimbabwe), put out by the Messianic Jewish Institute, recognizes the Lemba tribe as Jewish, as confirmed by their DNA markers, traditions, beliefs and history. The Falasha (Beta Jews of Ethiopia) are Jews also. However, just because there are undeniably black Jews, it does not mean that all Jews are black!

Very early on in the history of the church, there were groups claiming to be Jews when they were not. In Christ’s message to the Philadelphian church, He mentions that they were to take note,

I will make those of the synagogue of Satan, who say they are Jews and are not, but lie – I will make them come and bow at your feet and make them know that I have loved you. (Revelation 3:9)

So, it becomes important to examine the claims of those who say they are the real Jews, to see if their claim holds water, or if they are merely practicing sleight of hand tactics. Where does the “Ashkenazi Jews aren’t Jews” myth come from? The Thirteenth Tribe, by Arthur Koestler. A short, 18 minute video, The Khazar Myth Debunked – Thirteenth Tribe – Arthur Koestler Refuted, addresses the myth that is being perpetrated. Some of the claims of Koestler are true but it is what he adds to them that invalidate the credibility of this work. Bologna sandwiches can be quite good, especially on rye bread. But if you’re handed the sandwich by a stranger, take care to see that it is not sprinkled with rat poison. That wouldn’t just ruin the taste of a perfectly good sandwich but will probably kill you! Here’s a rule of thumb: Don’t take candy from strangers or bologna sandwiches from cultists! Cultists are full of baloney – which we all know is how Bologna should rightly be spelled – but again, beware the deadly poison.