“The Things You Know That Ain’t So” 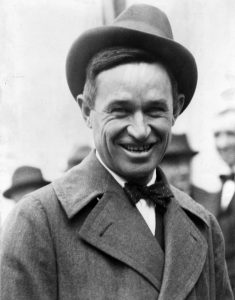 Several of us recently spent a day at a New Age Fair in Ohio talking with various exhibitors. Again, as was true at the last New Age fair we recently attended, in nearly every conversation the claim was made that reincarnation was in the Bible but was taken out by evil monks in the sixth century. Why evil monks would want to do such a thing I have no idea, but that is a very common assertion at these types of events. It’s a claim that has been around awhile. The late Ruth Montgomery (journalist and psychic) made that claim as did actress Shirley Maclaine – and the tradition continues. When I was confronted with this claim yet again by a man at the Mystics and Marvels Faire this past weekend, I mentioned that I had heard that claim before, and questioned the origin of his information. The man, whose name was Drew, answered that one merely needs to do a web search to find the information. And indeed, such a search turns up individuals like Alanna Ketler who claims that Evidence Suggests Reincarnation Was Intentionally Removed From The Bible. Was any actual evidence presented? No. It was simply assertions made confidently:

Right there in the first two words is what we want – the EVIDENCE. But NONE was forthcoming. What they all “know that ain’t so” crumbles with just a few questions. For example, we have over 5800 copies of manuscripts or portions of manuscripts dating to within 50 or 100 years of the originals. In order for the claimants to show actual evidence of the evil monks and their dirty deeds, all manuscripts from the “evil monks era,” the 6th Century (and we could generously allow them to likewise scour the 5th and 7th century manuscripts, because we are nice), would need to be compared to the earliest manuscripts to prove that these references to reincarnation had indeed been expunged from the text. Our response to this claim can be summed up in two words – “didn’t happen.” How do we know? There is NOTHING in the earliest manuscripts pertaining to reincarnation or any similar fairytales.

Probe Ministries points out in “Was Reincarnation Ever in the Bible?”

Another problem with this theory is the fact that manuscripts of the Bible exist dating back to the third century. For example, the Bodmer Papyri (dated around 200-225), the Chester Beatty Papyri (dated around 200-250), Codex Vaticanus (dated around 325-350), and Codex Sinaiticus (dated around 340) are all documents written centuries prior to the 533 Council, and none of them reveal any supposed reincarnationist teachings that were removed from later editions of the Bible! Beyond this, it is known that the core canon of the Bible was essentially recognized and acknowledged throughout the orthodox Church as early as the late second and early third centuries, as evidenced by the list contained in the Muratorian Fragment (dated around 170). All of this points towards the impossibility of a conspiratorial purgation of the doctrine of reincarnation–or any other doctrine for that matter–from the Bible during any of the Ecumenical Councils.”

Will Rogers observation applies to human beings in all walks of life from every nation, tribe and tongue. People can be misled. It applies outside the church and it sadly applies inside the church as well. It is the truth today and it was the truth in the First Century. Although there are many examples, we will just look at two:

The Pharisees were quite confident that “what they knew was true” and were not shy in demonstrating their knowledge in public. In a discussion about a man who had been born blind and was healed by Jesus, the Pharisees asserted without hesitation:

So, for the second time they called the man who had been blind and said to him, “Give glory to God. We know that this man is a sinner.” (John 9:24)

The blind man, on the other hand, admitted he knew very little:

Intriguing. What the ones supposedly in the know confidently asserted about Jesus just “ain’t so,” and the one who didn’t know merely declared what Jesus had done, an act which was objectively and evidentially verifiable.

The Apostle Paul urged the young pastor, Timothy, with the responsibility to

“…instruct certain men not to teach strange doctrines, nor to pay attention to myths and endless genealogies, which give rise to mere speculation rather than furthering the administration of God which is by faith.” (1 Timothy 1:2-4)

These men were straying away from the idea that people were being saved by faith alone, apart from the law, which is an extremely important element of the true gospel! Paul goes on to remark, in verse 7

“That they do not understand either what they are saying or the matters about which they make confident assertions.”

So much of what they “knew” and invested their time and energy in promulgating, debating and fighting over was not true and was disruptive in the life of the church, and spiritually dangerous to the faith of their hearers.

The church today has issues with folks in their local congregations who are swallowing false teachings from supposed “Christian” false teachers on radio, television and the internet. Or they might pick up “knowledge” which “ain’t so” from secular sources on TV, books or the Net. They devour speculative teaching, embrace it, bring it into the church and introduce it to the undiscerning. In the same way that the true gospel is shared, person to person, the ungospel can likewise be shared. Pastors and elders are charged with guarding the flock from these very things. It is not easy to be an elder or a pastor and have to confront someone who is invested in a cherished (but dangerously false) teaching or opinion. (We are not here speaking of secondary doctrinal issues that people may hold differing opinions on – we are speaking of opinions and teachings that call essential doctrines of the faith into question. Heresy is what it used to be called.) Yet, if they do not take care to root out serious false teaching, the church will suffer greatly and eventually die. Take a look at all the denominations and individual churches that once stalwartly taught the truth but have fallen into grievous error or even apostasy in what seems to us to be a very short time. How has the church fallen to the sad state that much of it is in today? Just this way…Ω