How to Pray for a President 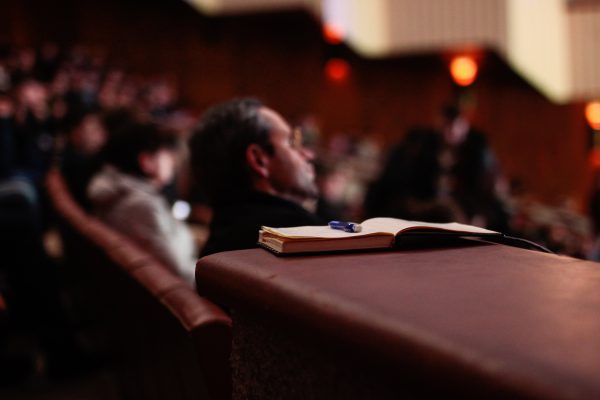 Photo by John-Mark Smith on Unsplash

I think David Platt did just fine when President Trump showed up at McClean Bible Church and sat through the service. Platt brought him on stage and prayed for him. He showed us to the proper way to engage in prayer with our political leaders. I’ll get to how not to do it in a minute. On MBC website Platt explained what happened:

At the end of my sermon at the 1:00 worship gathering, I stepped to the side for what I thought would be a couple of moments in quiet reflection as we prepared to take the Lord’s Supper. But I was immediately called backstage and told that the President of the United States was on his way to the church, would be there in a matter of minutes, and would like for us to pray for him. I immediately thought about my longing to guard the integrity of the gospel in our church.

Talk about a being prepared in season and out. With just a few minutes, Platt had no time to think about the proper way to handle this crucial moment. I would have froze like a deer in the headlights. Instead, the instructions of Paul bubbled up to the surface for Platt in 1 Timothy 2:

“First of all, then, I urge that supplications, prayers, intercessions, and thanksgivings be made for all people, for kings and all who are in high positions, that we may lead a peaceful and quiet life, godly and dignified in every way. This is good, and it is pleasing in the sight of God our Savior . . .

I believe I have the political temperament of this blog and most of you would have no problem with Platt praying for the President. However, there were a lot of Christians, not self-identified leftists but definitely critics of the President, who think Platt should have rebuffed the President, spoke truth to power, or refused his request. To which I point to 1 Timothy 2:1-6 and say “what part of ‘all who are in high position’ do you not understand?”

Now if you are nodding your head along with my rebuke to those Christians who don’t support the President saying, “Yeah. That’s right! They should know better.” Let me ask you, when was the last time you prayed for Chuck Schumer and Nancy Pelosi ferverently? Yeah, me either. And just imagine if Hillary Clinton phoned to say she’s in need of some prayer and could you pray for her.

I like the way Platt describes his decision to bring the President on stage and pray for him:

Based on this text, I know that it is good, and pleasing in the sight of God, to pray for the president. So in that moment, I decided to take this unique opportunity for us as a church to pray over him together. My aim was in no way to endorse the president, his policies, or his party, but to obey God’s command to pray for our president and other leaders to govern in the way this passage portrays.

Platt was criticized for praying for the President and he will, no doubt, be criticized for not praying positively enough. I mean it’s no Franklin Graham call for prayer

I don’t believe any president in the history of this nation has been attacked more than Donald Trump. He is our president and if he succeeds, we all benefit. But if his enemies are allowed to destroy him and pull down the presidency, it will hurt our entire nation. And so I’m asking that we take a few moments and that we pray on the second of June. Pray for him and his family. We’re going to do this all over the country, many thousands of churches. So please join us on June 2 and pray for President Donald J. Trump.

Compared to Graham’s tweeted video, Platt might be accused of damning the President with faint praise. Indeed Platt says that privately he tried to communicate to the President the “Gospel” as if he were concerned that the President might need a little pastoral counseling.

While I won’t go into the details of our conversation backstage, one of our other pastors and I spoke the gospel in a way that I pray was clear, forthright, and compassionate. Then I walked back out on stage, read 1 Timothy 2:1-6, and sought to pray the Word of God over the president, other leaders, and our country. . .After I prayed, the president walked off stage without comment, and we closed our gathering by celebrating heroes among us, a couple who has spent the last 48 years spreading the gospel in remote places where it had never gone before they came.

I love that. The President showed up. We prayed for him but his visit didn’t derail our service. We ended not with praise for the President but with honoring the 48 year good fight of gospel missionaries. As it should be since the couple’s history of good works was longer, harder and dare I say more lasting in the eyes of Heaven.

Now there you go again Miles. You’ve made no secret that you are not a big fan of the President. You just had to get that jab in.  To which I respond:

I may not agree with Jim Wallis about much beyond the color of the sky but I do agree with something he said once. At an event, a reporter I think, asked him about how Christians should treat gay people and he remarked that its sad that no matter how he answers this, it will alienate some Christians. I feel the same about the President. If I don’t signal my strong support for the President, then I’m a milquetoast conservative who just doesn’t realize this is a culture war. As Sohrab Ahmari said in the Catholic, conservative magazine First Things, we must:

. . .  fight the culture war with the aim of defeating the enemy and enjoying the spoils in the form of a public square re-ordered to the common good and ultimately the Highest Good . . . But conservative Christians can’t afford these luxuries. Progressives understand that culture war means discrediting their opponents and weakening or destroying their institutions. Conservatives should approach the culture war with a similar realism. Civility and decency are secondary values. They regulate compliance with an established order and orthodoxy.

What Ahmari calls secondary values “Civility and decency” I call agape. What he calls “enjoying the spoils” I call an “ends justify the means” ethic which I was always taught was not part of the Christian world view. By Ahmari’s reasoning, it might have been acceptable to chide Jesus for civility and decency in not taking up arms with the Zealots like Barrabas or his followers for not joining the Barbarians in Gaul–after all, Rome wanted to weaken the foundations of Christianity and discredit the faith.

What Ahmari is suggesting is dangerous for two reasons: He assumes the culture war can be won rather than changed from “hot war” to a “cold one”  by what ever happens inside the beltway. But we do not war against flesh and blood but against . . . well you know. Ahmari seems to suggest that we must step outside of the traditional Christian attitude toward the status quo regime and play by the rules of our enemies. That sort of rationalizing is contagious and it will corrupt our character.

As Alan Jacobs puts it:

An American president might declare a national emergency and set aside American and international law, but a Christian cannot in the same way set aside divine commandments, even if he thinks, as Ahmari does—and, for that matter, as I do—that there is a “present crisis facing religious conservatives.”

It becomes easier and easier to justify all sorts of things as long as we are facing a present crisis. If you will allow me to stretch the context of Mathew 20:25

You know that the rulers of the Gentiles lord it over them, and their great ones exercise authority over them. It shall not be so among you.

Yes this verse is about servant leadership but one point is that when the disciples were acting like the world, Jesus reminded them that he was after something more than enjoying the spoils of victory through force.

Second, Ahmari says that anyone who doesn’t take up arms in this way is complicit with the enemy. He says, “To recognize that enmity is real is its own kind of moral duty.”

By implication, if we don’t recognize the need for fighting like our enemies then we have failed morally. It’s an old tactic, going back at least as far as the Communist Revolution. I don’t think Ahmari is calling for a purging of the roles of those of us who hold our President’s feet to the fire without apology (just as we did with the last executive and the one before that). Make no mistake, when some leader stands up and calls you a moral failure because you are not fervent enough in your opposition to anything he has deemed a crisis, go home and hide your wallet.

It is one thing to quote Jesus’ words; “You are either for me or against me.” but it is hubris and folly to stand in judgment as to how passionate one must be in order to be “for him” in this present age.Ω