The Appeal to Signs and Wonders 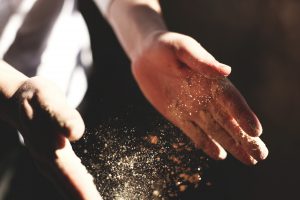 Photo by Austin Ban on Unsplash

In the public debate over the orthodox vs heretical nature of the NAR (New Apostolic Reformation), the appeal to signs and wonders as evidence by those fully invested in the movement is a recurring theme. Detractors spend a great deal of time attempting to prove the claims of miracles, signs and wonders within the movement are fraudulent schemes being perpetrated on the unwary. What begins as a debate over evidence usually degenerates into emotional defense fairly quickly. “A person with an experience is never at the mercy of a person with an argument” becomes the fallback position for the movement’s adherents.

This proof by emotional experience isn’t limited to groups which operate within the Christian sphere. Mormons appeal to their experience of a “burning in the bosom” to prove the miraculous nature of the Book of Mormon and its “translation” by Joseph Smith Jr. We see this also with followers of Hindu Gurus. A few years ago, Clarissa Ward at ABC News did a story, Miracles or Magic Tricks? Questioning the ‘Divine’ Talents of India’s Gurus which opens:

A land of mystics and gurus, Swamis and saints, India is a country enraptured with religious beings, where stories of miracles seem almost ordinary.

Tales of divine intervention float out of local villages, telling of young girls who cry tears of blood, yogis who can lie in roaring fires, healers who can cure the sick with a single touch, Sufi shrines that ward off bad spirits, and Hindu holy men who live for decades without a single drop of water or crumb of food.

She then poses an important question:

But are these miracles truly blessings from a higher being, or simply an elaborate magic trick to attract fame and followers?

Jesus performed signs and wonders of course, but they were not done to attract a following, become famous or amass wealth. Jesus’s miracles were to prove to the nation of Israel that He was the promised Messiah. It is interesting when John the Baptist sent emissaries to Jesus to ask if He was the one they have been looking for (Luke 7:21), Jesus didn’t say, “I am the guy.” Instead his reply was:

Go and tell John what you have seen and heard: the blind receive their sight, the lame walk, lepers are cleansed, and the deaf hear, the dead are raised up, the poor have good news preached to them. (Luke 7:22 ESV).

Perhaps the question isn’t whether Hindus, NAR or others are performing signs and wonders, but whether the signs come from God or are being wielded by false teachers? In fact, Jesus’s own words instruct His followers to not be deceived by signs and wonders. We note that He didn’t say to ferret out whether miraculous claims were true miracles, false miracles or parlor tricks – but who are the ones using them? We see this in Matthew 7:15-23. He begins with a warning:

Beware of false prophets, who come to you in sheep’s clothing but inwardly are ravenous wolves. (Matthew 7:15, ESV)

Being Jewish, Jesus’s hearers would be familiar with the Mosaic definitions of false prophets. First, according to scripture, a false teacher would lead you to a false view of God, which God permitted in order to test whether His people would be faithful to Him or led astray. (Deuteronomy 13:1-3).

The second test is if someone proclaimed a prophetic revelation which would prove to be false – i.e. did not happen as prophesied (Deuteronomy 18:20-22). Jesus then proceeded to describe how His listeners would know how to identify false prophets. In context, the fruits He is pointing to in Matthew 7:16-20 are the fruits of a false prophet which are by definition false prophecies and or false views of God. Were their prophecies true or false – no near misses – and were their teachings on the nature of God true or false. Jesus then foretold the destiny of the false prophets who, on judgement day, would appeal to signs and wonders:

The Lord’s response on judgment day?

And then will I declare to them, ‘I never knew you; depart from me, you workers of lawlessness.’ (Matthew 7:23)

This is not the only place where our Lord raised this issue. Matthew 24:24 and Mark 13:22 record a warning:

For false christs and false prophets will arise and perform great signs and wonders, so as to lead astray, if possible, even the elect.

The signs and wonders performed by false teachers might seem so real and feel so right that even true believers might be led astray if they don’t pay very close attention. The Apostle Paul weighed in on this as well:

The coming of the lawless one is by the activity of Satan with all power and false signs and wonders, and with all wicked deception for those who are perishing, because they refused to love the truth and so be saved. (2 Thessalonians 2:9-10)

Thankfully, the prophetic test is very simple. The NAR prophets talk in terms of some prophets having a better track record than others – but none claims 100% accuracy. Unfortunately, 100% accuracy is the standard believers must apply to those who claim to be prophets. The Jesus test was to give them a “T” (true) or give them an “F” (false). One measly little old “F” makes them a false prophet.

The second Biblical test requires looking at and/or listening to their teaching. This test is not hard, either, but it does require a person to know their Bible so they can judge what is true and false regarding God and doctrine.

Bill Johnson at Bethel Redding teaches a false view on the nature of Christ. The heresy is Kenosis, which is “the renunciation of the divine nature, at least in part, by Christ in the Incarnation” (for a fuller explanation see CARM’s article “Kenosis”). On page 108 of his book, Face to Face with God, Bill Johnson, Pastor of Bethel Redding writes:

“Jesus set aside His divinity, choosing instead to live as a man completely dependent on God.”

He has made similar statements in other writings as have other NAR and Word Faith teachers. If Jesus ceased to be God – laid aside His divinity – He never was God. This is merely one of many false teachings taught by these so-called prophets and apostles.

The appeal to signs and wonders merely distracts people from judging their false prophecies and testing their false teachings against the Word of God.

Why then, does God allow it? Why would He allow false teachers and false prophets to deceive Christians? Perhaps Moses’s warning to the Nation of Israel in his day gives us the answer to that:

The responsibility is upon us. Individual Christians are charged with knowing their Bible and their God well enough to avoid deception. Gullibility is not a desired attribute. Over and over the New Testament pleads with Christians not to allow themselves to be deceived. Test, test, test – beware, beware, beware. It doesn’t seem that God expected Christians to rely heavily on our feelings…

The Church has a big responsibility here as well, to defend the flock from false teachings and false teachers, and to diligently teach the people – young and old – how to protect themselves and others.Ω