Is Liberalism Another Religion? 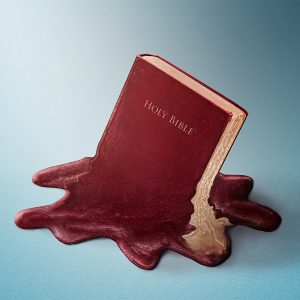 In his 1923 book Christianity & Liberalism, J. Gresham Machen asserts that liberalism is another religion unto itself, far removed from the biblical Christianity out of which it came. We think he makes some good points. In Chapter Two of his book, he takes the liberalism (of his day) to task concerning their public hostility toward doctrine – when in fact they have simply created new doctrines which comport with what Machen points out is essentially a new religion. Liberals in Machen’s day are no different than Liberals, Christian Progressives or the Emergent Church are today. Liberals in Machen’s days didn’t want a test which shows who, as Brian McLaren says, “is in and who is not.” They wanted Jesus to be merely a good moral teacher or a wise sage like Confucius. Liberals kept the name “Christian” for this new religion while stripping from it the biblical historic faith through redefinition and sleight of hand. As Machen often pointed out in his book, the biblical writers didn’t merely record events like Christ’s death, burial, and resurrection but gave meaning to those events. The mere recording of those events would be history. The meaning of the events – that Jesus died, was buried and raised to pay for the sins of the world and on that basis, people can be saved and enjoy peace with God – is doctrine.

As Machen builds his case, he establishes something that most miss regarding Who Jesus Christ was and is. Machen writes:

In particular, it [Scripture] contains the loftiest possible presentation of Jesus’ own Person. That presentation appears in the strange note of authority which pervades the whole discourse; it appears in the recurrent words, “But I say unto you.” Jesus plainly puts His own words on an equality with what He certainly regarded as the divine words of Scripture; He claimed the right to legislate for the Kingdom of God. Let it not be objected that this note of authority involves merely a prophetic consciousness in Jesus, a mere right to speak in God’s name as God’s Spirit might lead. For what prophet ever spoke in this way? The prophets said, “Thus saith the Lord,” but Jesus said, “I say.”1Machen, J. Gresham. Christianity & Liberalism (Kindle Locations 485-490)

For those who missed it, the first time through, Machen points out that as Jesus spoke those 5 little words, “But I say unto you,” He “puts His own words on an equality” to the word of God – Scripture. To make sure the readers understood the depth of the importance of this Machen wrote, “He claimed the right to legislate for the Kingdom of God.” As Machen points out, this isn’t a simple passing on a divine word from above, a “Thus Saith the Lord,” but something equal in authority to the original Scripture when He uttered, “I say.”

Jesus here represents Himself as seated on the judgment-seat of all the earth, separating whom He will forever from the bliss that is involved in being present with Him. Could anything be further removed than such a Jesus from the humble teacher of righteousness appealed to by modern liberalism?2Machen, J. Gresham. Christianity & Liberalism (Kindle Locations 498-500)

This language was not lost on the religious leaders when Jesus walked among them in the first century. They never confused Him with someone claiming to be merely a good moral teacher or wise sage. Jesus openly declared that He is the One Who created the test as to “who is in and who is out.” In fact, it is because of these kinds of statements that they viewed Him as a blasphemer:

The Jews picked up stones again to stone him. Jesus answered them, “I have shown you many good works from the Father; for which of them are you going to stone me?” The Jews answered him, “It is not for a good work that we are going to stone you but for blasphemy, because you, being a man, make yourself God.” (John 10:31-33 ESV)

Why would liberals go to such great lengths to hide or “reimagine” the Jesus of Scripture? In critiquing The Jesus Seminar with a focus on one of the founding members, John Dominic Crossan, in an article we did some years ago, The Hysterical Search for the Historical Jesus, the answer as to “why” is abundantly clear:

Why did Crossan feel the need to make up his own Jesus? Very simple — he didn’t like the politically incorrect, intolerant (any Jesus going around saying that He is the only way to God is just begging to be reimagined!), hell-fire spouting, judgmental Jesus he found on the pages of Scripture! He prefers the mythical Jesus of the Gnostics, because their theology is preferable to him.

Ironically, Liberalism is itself in great danger of being chewed up and spit out by the new ultra-intolerant leftists of our day, who are not “liberal” in any sense of the word. They are creating their own dogma (doctrines) which everyone must get in line with – or else. The new leftists are every day creating new “sins” and new rules, and they loudly proclaim their own “tests of who is in and who is out.” Just say something they do not like, and you’ll soon see how very “out” you are! Sit-com TV shows and stand-up comedy routines which Liberals enjoyed just a decade ago are being attacked by the new left as sexist, racist, or whatever-ist. “Free Speech,” once a cardinal virtue of liberalism, is going by the wayside. The following was once a liberal free speech rallying cry – “I may not agree with what you say, but I would defend to the death your right to say it.” The ACLU once defended the rights of Nazis to rally in Skokie, Illinois, based upon this bedrock ideal.

Free Speech, however, is certainly not an ideal of the new leftists. “Speech cannot be free if it disagrees with me” is now the mantra of the far left. Just a few short years ago, both Barack Obama and Hillary Clinton upheld marriage as being between one man and one woman. Let’s be honest – what Liberal would openly say that today? Very few. Will older classical liberals be able to keep up with the new far leftist dogma as it mutates from the old liberalism at warp speed? That’s a question that classical liberals should perhaps ask themselves. Will the “old guard” stand up for ideals they devoutly championed just “yesterday?” Or are they going to just keep their mouths shut and embrace the new – and very dogmatic – “religion” of the far left?