They Were My Friends 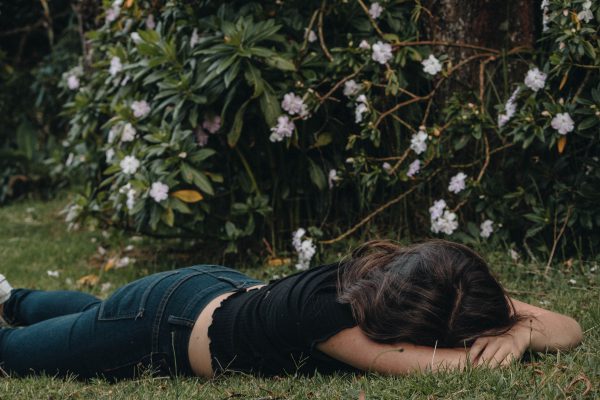 When someone leaves a cult or spiritually abusive religious group, it often means they will be abandoned by everyone who was their friend when they were inside the group. This practice is called shunning, and cult members take very seriously their spiritual “duty” to shun former friends and even family members who leave the group. So, for many former cult members, the statement “they were my friends” brings on terrible sadness and angst. Were they really my friends? If they were, how could they abandon me that way? Great hurt can easily be turned to anger; so many other ex-members just angrily conclude that their lost “friends” never actually cared about them at all – that their friendship was merely a sham to keep them in and doing the bidding of the leaders.

What is not always recognized is the great power the organization and its leaders exert over their membership. The organization simply cannot allow questioning or doubt amongst their people, and they therefore paint anyone who leaves as evil, spiritually tainted or serving the devil.

The individual member is given the choice to stay faithful to the organization or lose their eternal life and all their loved ones while on this earth. Once in, there is simply no pain free way out. The organization portrays itself as God’s sole representative on earth. Therefore, to doubt the organization is tantamount to doubting God Himself. Rebelling against the organization is rebellion against God. God makes a pretty big stick with which to keep people in lockstep with all organizational dictates. Everyone who has been in a while “knows the deal.” If a member refuses to shun the “evil” friend or family member, they themselves will be shunned and lose their eternal life as well. Mothers will shun their own kids – and children will shun their own parents. What power then could friendship wield?

We have seen this play out over and over as we have ministered to those leaving cults and abusive religious groups. One third-generation Jehovah’s Witness lost 64 family members the day she left the Watchtower Bible and Tract Society. She said it might have been easier for her emotionally if they had died in a plane crash, as horrible as that would be. She would have lost them and mourned the loss, but the shunning practice meant that her loved ones are alive and daily choose to ignore her existence. All of her childhood friends with whom she shared many fond memories were just gone.

For many, the rejection turns into anger. They spent years evangelizing for the organization and invested large amounts of time in meetings, learning how to devote even more time and resources to the cause. Did they waste their life? In the recent Witnesses Now for Jesus West Coast Convention, ex-JW Rodney Allgood spoke about the phases one may go through after leaving the Watchtower. He pointed out that many get to the anger stage and get stuck there, especially if they feel they had wasted their life. We see many ex-JWs on the Internet whose identity has gone from being Jehovah’s Witnesses to simply being anti-Jehovah’s Witnesses. They feel they have nowhere else to go and so remain still emotionally tied to the organization, though they are now on the outside. To a great degree this is because the Watchtower taught them that all other churches and religions are part of “the whore of Babylon, world empire of false religions.” So ingrained is this belief, that even after leaving the Watchtower, they don’t feel free to go somewhere else. On top of that, people who feel they have been so deceived by “religion” are often very angry at the very idea of religion. Angry at God too, if there is a God. “God” is completely associated in their mind with the god of the particular cult group who deeply hurt them. Once bitten, twice shy….

Rodney, former JW Julius Henderson, and former JW Montise Peterson all had one point in common in each of their presentations, and it is a point we often make to those who have been in these groups. The time you spent in the organization isn’t wasted unless you waste it. What do we mean by that? Even though much of what was taught in the Watchtower organization is false, there are some things of value which can be carried into life going forward. While in the group, they may have developed a love for the Word of God and for some, the love for God’s Word was the very thing that ended up leading them out of false teaching.

Another good that may benefit them is being able to strike up a conversation about God with a perfect stranger. That is a talent they acquired doing the door-to-door work. Many are also adept at giving public talks, for that was part of their training as JWs. Lots of Christians were never taught how to freely discuss God in a public or private setting.

One very important thing these three speakers agreed on is the importance of remembering your friends in the organization for they were your friends. You cared for them, spent time with them, and shared both pleasant and sad moments with them. These are all memories that need to be treasured. Any anger should be directed at the organization who holds them captive, just as you were held captive. Good memories of those who were your friends are important because they remind and compel you to pray for them. The apostle Paul was rejected and severely persecuted by those he considered his friends and loved ones, the Jews.

Five times I received at the hands of the Jews the forty lashes less one. Three times I was beaten with rods. Once I was stoned.(2 Corinthians 11:24-25)

Yet he says about them:

Brothers, my heart’s desire and prayer to God for them is that they may be saved. For I bear them witness that they have a zeal for God, but not according to knowledge. For, being ignorant of the righteousness of God, and seeking to establish their own, they did not submit to God’s righteousness. For Christ is the end of the law for righteousness to everyone who believes. (Romans 10:1-4)

The people who were hurting Paul and breaking his heart had a great zeal for God, but they lacked true knowledge of God. Paul was of course referring to his own people the Jews, but it also fits our beloved JW friends exactly. They’ve been lied to, but they don’t know it. And being “ignorant of the righteousness of God,” they are working feverishly and fearfully to “establish their own” righteousness. They do not know the way to be right with God, based upon God’s grace alone through faith alone, and they do not even know that they are lost.

They feel they must do whatever the organization tells them to because they think it is the only way to earn eternal life. Yet you and I know that eternal life cannot be earned at all. It has to be accepted as a gift of God. We need to tell them about grace and show them grace. Yes, they are currently enemies of God, but so were you, and so was I, before we received His grace. Knowing this, let us pray faithfully for their salvation.Ω