Palm Sunday and The Great Disappointment 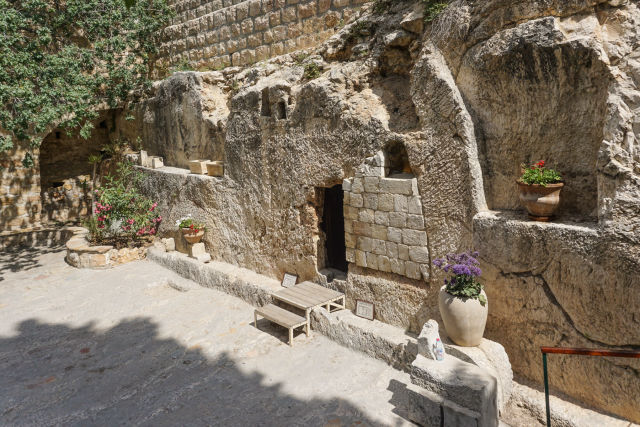 The 50,000 followers of William Miller were terribly dismayed when Jesus did not return bodily to earth in March of 1844, as Miller had predicted would happen. When Jesus did not appear, Miller claimed that they just had to give it a few more months – that Jesus would now show up in October 22, 1844. When this new date came and went with no return, the Millerite movement (also known as Adventists) collapsed (to be eventually reconstituted as the Seventh Day Adventists, Jehovah’s Witnesses and others). The tremendous dismay of Miller’s followers came to be known as “The Great Disappointment.”

Like most churches, our church celebrated Palm Sunday, which marks the beginning of Passion Week, the time between the Messiah’s joyously welcomed entrance into Jerusalem, riding the colt of a donkey (Matthew 21:4-5), and His resurrection from the dead on Easter Sunday. In between these two events, we have the trial and crucifixion of Christ, which was demanded by the same people who had welcomed Him with absolute adoration just a few short days before. What a turnaround! But WHY? Between those two events, the common people had been greatly disappointed that the one they thought to be their long-awaited Messiah did not meet their expectations. He did not do the things they believed and expected the Messiah to do. Ergo, in their minds Jesus had to be a fraudulent poser, which made them very angry at having been “taken in.”

We see that although many, including the Lord’s disciples, had listened to Him teach, they didn’t truly hear what He was saying. The disciples walked most closely with Him but, like most humans, had very selective hearing. They could only truly “hear” that which most closely corresponded to what they already believed. Yes, they believed Jesus to be the Messiah. They believed Him to be the Savior and Deliverer, but they were not looking for Jesus to die a horrible and ignominious death to pay their sin debt and give them peace with God. No, they were looking for a powerful Messiah to deliver them from Roman oppression and restore Israel to her former independence. They, along with the adoring crowds, wanted Jesus to – as Pastor Dan preached with tongue in cheek at our home church this week – “Make Israel Great Again.”

To a certain extent, the people’s expectation of their Messiah was right in line with biblical prophecy. It certainly is true that the Messiah will deliver the nation Israel from her enemies. It is true that under His rule, the nation Israel will be the number one nation, taking a backseat to no other. This is still to come, and it will be wonderful. But their coming Messiah was also prophesied to be a suffering servant who would be put to death, and by Whose wounds we would all be healed.

He had no beauty or majesty to attract us to him, nothing in his appearance that we should desire him. He was despised and rejected by mankind, a man of suffering, and familiar with pain. Like one from whom people hide their faces he was despised, and we held him in low esteem. Surely, he took up our pain and bore our suffering, yet we considered him to be punished by God, stricken by him, and afflicted. But he was pierced for our transgressions, he was crushed for our iniquities; the punishment that brought us peace was on him, and by his wounds we are healed. (Isaiah 53:2-5)

That picture of a meek and stricken Messiah was probably very difficult to reconcile with the “Mighty Deliverer’ they had in mind, and the physically delivering Messiah was surely far more appealing to people under Roman oppression.

The disciples could not reconcile the two pictures any better than the average Joseph. Certainly, the conquering Messiah was with them! After all, the twelve had already been appointed to “…sit on twelve thrones, judging the twelve tribes of Israel.” (Matthew 19:28; Luke 22:30) Some of the disciples were even vying with the others to claim the seats closest to the center of political power – to be seated on the right and left hand of Jesus. (Matthew 20:21; Mark 10:37) The grand entrance into Jerusalem with the adoring crowd must have felt like a wonderful confirmation to the disciples of the glories soon to come – but then things changed. Drastically…

Humans are fickle. One day the crowds were waving tree branches and laying them along with their cloaks in the road to welcome their Messiah, and shouting:

Hosanna to the Son of David! Blessed is he who comes in the name of the Lord! Hosanna in the highest! (Matthew 21:9-10 ESV)

As noted above, few days later the crowd was furiously shouting, “Crucify Him!” (Mark 15:13-14). Judas had sold Him out to His enemies for 30 pieces of silver. Jesus was taken by His enemies and was enduring horrible torture and humiliation at their hands, and the other disciples scattered in great fear and disillusionment after this shocking turn of events. How could Jesus – if He was indeed the Messiah – have been so wrong about the kingdom and their ruling with Him? Yet, He had told them in advance that this very thing would happen:

All of these events were predicted by Jesus, yet obviously they either did not really listen or they forgot His words of warning. Something else they missed was Jesus teaching that though He would indeed die, all was not lost, He would rise again!

In fact, in John 2:19-22, Jesus made a prediction of His resurrection which was used against Him in his trial. His accusers attempted to use His statement “Destroy this temple, and in three days I will raise it up,” as proof of His speaking against the Temple and His alleged blasphemy, claiming to be God.

“We heard Him say, ‘I will destroy this temple made with hands, and in three days I will build another made without hands.’” (Mark 14:58)

These false accusers were relaying an incident which John describes in his gospel:

In verse 22 of John 2 we see the disciples finally come to an understanding of what Jesus had taught them:

When therefore he was raised from the dead, his disciples remembered that he had said this, and they believed the Scripture and the word that Jesus had spoken. (John 2:22)

Yes, after He was raised, “His disciples remembered.…” It is easy to get caught up in our own emotionally satisfying desires and miss entirely what God has said He is going to do, and what He is indeed doing right under our noses. This was true of the disciples back then, and it remains true of God’s people today. Paying better attention might have saved the disciples a great deal of grief and disillusionment and may just keep us from being gob smacked by what may happen in our day.Ω