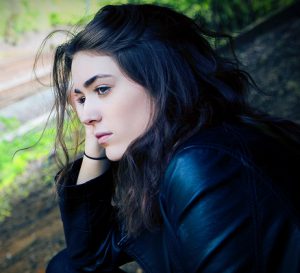 Photo by Kyle Broad on Unsplash

I know, it’s Valentine’s day and your feed is full of romance and hearts. But I want to draw your attention to an article by a person who changed their mind on abortion who isn’t by any stretch of the imagination the typical right-wing, Republican.

Frederica Mathewes-Green in a recent National Review article, When Abortion Suddenly Stopped Making Sense, describes her younger years: “an anti-war, mother-earth, feminist, hippie college student.” She was also very pro-abortion. Very little of that description has changed except the abortion part. Shortly after the Roe v. Wade decision, Green notes that her “underground feminist newspaper” Off Our Backs published an essay way back in the 1970s that Roe v. Wade didn’t go far enough because it restricted third trimester abortions. Tell me if this doesn’t sound familiar:

It didn’t go far enough, she said, because it allowed states to restrict abortion in the third trimester. The Supreme Court should not meddle in what should be decided between the woman and her doctor. She should be able to choose abortion through all nine months of pregnancy.

Sounds a lot like New York’s abortion bill. Safe, rare and legal? Well until the Supreme Court tilts conservative and then watch as fear dulls the senses of otherwise sensible folk. Watch the rationalizations pour forth. Watch as “life of the mother” creeps into “health of the mother” and finally into whatever will mean the pregnant person can “get back to their life.” Yes I’m male and yes I don’t know what it’s like but Mathewes-Green does:

Once abortion becomes available, it becomes the most attractive option for everyone around the pregnant woman. If she has an abortion, it’s like the pregnancy never existed. No one is inconvenienced. It doesn’t cause trouble for the father of the baby, or her boss, or the person in charge of her college scholarship.

It is interesting to me that those people on the left that are so sure that social pressures run silent but deep affecting vulnerable parties in ways they can’t help, think that a young woman won’t be influenced by all the social pressures outside of her and her doctor.

It won’t embarrass her mom and dad. Abortion is like a funnel; it promises to solve all the problems at once. So there is significant pressure on a woman to choose abortion, rather than adoption or parenting.

Mathewes-Green quotes one woman who said, “Everyone around me was saying they would ‘be there for me’ if I had the abortion, but no one said they’d ‘be there for me’ if I had the baby.” Choosing to the have the baby is just so strange many people Mathewes-Green suggests. It’s like taking up a really unreasonable hobby from the cheap seats. Why would a woman want to do that? Well, as Mathewes-Green instructs me, a man who has no idea what its like, abortion is no bargain for women either.

It is a particular cruelty to present abortion as something women want, something they demand, they find liberating. Because nobody wants this. The procedure itself is painful, humiliating, expensive — no woman “wants” to go through it. But once it’s available, it appears to be the logical, reasonable choice.

As a philosopher I would use the term “dominant choice.” The choice that rationally swamps all others unless of course the fetus is a defenseless, helpless, unborn child, in which case that sort of dominates one’s choice if the conscience has not been seared by a hot iron.

I am a peace-maker by nature. I try to play the role Alan Jacobs has said is necessary for the Christian public intellectual bridging the gap between Christians and Culture seeking some sort of way forward. So, when I first read about New York upping the ante and making abortion up to birth legal, I tried to seek a reason for this. Might is be this was an attempt to make sure doctors didn’t have to jump through hoops to “abort” a baby that was still born. I’m enough of a government skeptic and a sort of insider in medical community to be concerned about the unintended side-effects of sweeping legislation.

Sure enough I found pro-abortion voices making this very argument.

I’m 15 weeks pregnant now and if we find out that this baby has the same genetic issues as our last then we will be faced with the difficult decision of terminating the pregnancy or again possibly almost dying giving birth to a stillborn baby.

So I just wanted to show you who this law is for. It only allows for late term abortions of babies that are going to die anyway or for pregnancies that might kill the mother.

This law is for the women who have been struggling for years to have a healthy baby, only to find out at the end of their pregnancy that their baby won’t survive, or that if they continue the pregnancy they will probably die. This law will give women a little bit of control of something so horrible happening to them. This law will save lives of women like me.

Fair enough. I can understand this sort of situation (in my limited way as a male). However, I didn’t buy that just because this legislation will allow for this sort of decision doesn’t mean it is the reason the legislation was put forth (see the aforementioned government skepticism). After a bit more digging I discovered why at least one pro-abortion voice was not worried about the abuse of the license the New York law gives. Responding to the claims by anti-abortionists that this law would legalize abortion up to birth, we are assured this pure paranoia:

This is only true if you do not trust medical professionals to make informed, professional decisions for which they have been extensively trained and licensed, in consultation with the women in their care.

So we are supposed trust every doctor to be completely unbiased and principled enough to do what’s right above what the pregnant mother and the family and the father, and everyone putting pressure on the doctor/patient relationship. Instead we are supposed to just accept that every late term abortion will be devoid of social pressure. This is supposed to put to rest concerns about babies being aborted after they’ve come to term? Lord what fools these mortals be.

Do we honestly believe that doctors and other medical care providers will risk their licensure and professional lives to perform medically unnecessary procedures because pregnant women wake up one day at six months or seven months pregnant and decide that they don’t want to be pregnant anymore?

There are several things wrong with this arguement. First, the definition of medically unnecessary is made so elastic by this law, it provides a loophole for medically unnecessary you could fit a couple of forceps through. Second, as Mathewes-Green makes clear, almost no women just decide to abort a baby at six or seven months on a whim. They face social pressure to do it often from the men in their lives–fathers, boyfriends, and their peers who will be there for them if they want to abort but might not be ready to help with a feeding or a trip to the pediatrician.

Matthewes-Green puts a rather interesting feminist spin on this when she asks if abortion is so unwanted rationally then why are so many women doing it every day. The answer is that social pressures to abort are a form of social injustice:

If women doing something 2,800 times daily that they don’t want to do, this is not liberation we’ve won. We are colluding in a strange new form of oppression.

If New York’s law was about still born babies and doctors worried about being prosecuted then some aspects of this law really don’t make sense. The provisions that allows non-obstetricians, even nurse practitioners to perform abortions. They make perfect sense if the goal is to make abortion easy, convenient, and pervasive.

The apostle tells Timothy about those who have their consciences seared as if by a hot iron. Basically humans can convince themselves that because they want something so badly, they can numb the moral sense given enough time, self-preservation, and of course fear.Ω