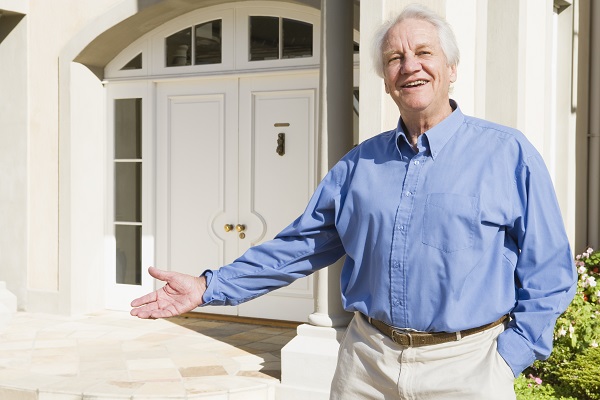 The most important men in town would come to fawn on me!
They would ask me to advise them,
Like a Solomon the Wise.
“If you please, Reb Tevye…”
“Pardon me, Reb Tevye…”
Posing problems that would cross a rabbi’s eyes!
And it won’t make one bit of difference if I answer right or wrong.
When you’re rich, they think you really know!

When the musical made its debut in 1964 investors were fearful that it was too Jewish to appeal to a wide audience, but, according to Wikipedia:

The original Broadway production of the show, which opened in 1964, had the first musical theatre run in history to surpass 3,000 performances. Fiddler held the record for the longest-running Broadway musical for almost 10 years until Grease surpassed its run. It remains the seventeenth longest-running show in Broadway history.

Fiddler was and still is very popular because it is more than a story about a Jewish family. The customs portrayed in it are common to many countries and peoples in Mediterranean Europe. We have in-laws from Greece, and, with a few minor tweaks, we see the same types of traditions, celebrations, and attitudes reflected in that culture. Even the arguing seems very familiar, as Greeks, Italians and others will argue loudly and passionately, yet they don’t seem to remain angry at each other when the fireworks cease. Much of the arguing seems more of a favorite pastime than a dangerous breach of etiquette. The arguing stops, and everyone reverts to a loving uncle, dear niece, favorite brother, etc. Many other cultures cannot pull this off. Raising one’s voice in disagreement can, in some cultures, be tantamount to personal rejection or insult, and the familial and friendship bond may not be able to withstand it. But we digress…

Beyond the cultural portrayal, it is a story about the human condition in general – the battle of the sexes, the battle of the generations, the battle against poverty and oppression, and so much more. It was a great Broadway Show, and it also is a great movie. If you have never seen it, treat yourself to it.

But our focus in this post is this phrase:

And it won’t make one bit of difference if I answer right or wrong.
When you’re rich, they think you really know!

Although done tongue-in-cheek, there is a great deal of truth in it. We see it play out in the public square. Many are under the impression – or perhaps delusion – that if someone is famous or wealthy or better yet, both, they speak out of a well of near infinite wisdom and learning. Why should we assume that, when an actor or a rock star speaks out, their ideas should be held up as gospel truth? It is seldom considered that simply because someone like Leonardo DiCaprio can recite the words from a script on the movie screen that he possesses the common sense or understanding to be the last word about a supposed apocalyptic crisis known as “climate change.” But, as Oxford Research Encyclopedias note in Climate Science:

To be fair, all points of view in our own culture seem to look to celebrities for support/affirmation. Should the point of view with the most celebrity sponsors be crowned the winner? It seems silly. That’s not to say that wealthy celebrities could not possibly be well-informed on a particular subject. The ones who agree with us certainly seem to have great wisdom. 😊.  It’s just that wisdom is certainly not possessed in greater quantity by the wealthy and the “stars” than by others.

The church is not immune from the lure of “star power.” Unfortunately, a fair number of churches have embraced the idea that if someone is wealthy or famous, or especially both, they are the “go to” persons for spiritual guidance. We have many celebrity pastors – TV preachers, “successful” pastors of the biggest churches in the nation, or writers of very popular books – whose words carry an over-abundance of weight with the rest of us. Elders/deacons may in some cases be chosen because they have a successful business, or local renown, but what should carry far more weight is their spiritual maturity. Are churches guided by sound biblical teaching, or are churches guided by growth seminars and associations that are marketed by celebrity pastors? Should large membership numbers and big bank accounts be the measure of a truly healthy God-honoring church? We would suggest they are not, but as Tevye says, “When you’re rich, they think you really know.”

James asked the Hebrew believers why they were giving preferential treatment to the wealthy while demeaning the poor who were rich in faith. (James 2:1-7) Notoriety, wealth, and celebrity were not to be the standard for recognition and honor in the early church. In fact, as we read Paul’s description of elders and deacons in 1 Timothy 3, the qualifications he stressed were about one’s character, behavior, biblical understanding (able to teach 3:2) and, here is an interesting one, “not a lover of money.” (3:3).

We would like to report that thanks to these admonitions, the early church had it all together spiritually, but sadly, that is not the case. Even Paul had to struggle against the problem of believers falling under the spell of monied celebrity false teachers, whom he satirically referred to as “super-apostles” (2 Corinthians 11:5).  Many believers actually preferred these super apostles over the humility of Paul, to the point that he wonders:

Or did I commit a sin in humbling myself so that you might be exalted, because I preached God’s gospel to you free of charge? (2 Corinthians 11:7)

It should go without saying that wealth, celebrity, fame, great marketing skills, or a charismatic speaking style are not the criteria for choosing leadership in the church.

Laying aside the question of leadership, every member of the body of Christ is to be honored. It does not matter that many will not be “out in front” filling supposedly more “important” positions.  The Apostle Paul had an interesting take on the life of the local body of believers.

According to Paul, people think some body parts are less honorable, or more honorable, but that doesn’t make it so.

The ones we should revere in the church do not have to be bestselling authors, pastors of megachurches, or popular figures on Christian TV. We are not trying to “put down” the church. There are many good churches, and truly good pastors, leaders, and humble Christians out there whose word we can look to. But great churches and great Christian leaders should be evaluated by the Word of God, not on the basis of popularity, wealth, or a certain view of “success.” It is the one who walks humbly with God daily, not seeking fame or inordinate prestige who should be respected and listened to. Look for the faithful man or woman of God and you’ll likely find a humble person who is looking up to God and not down towards others.