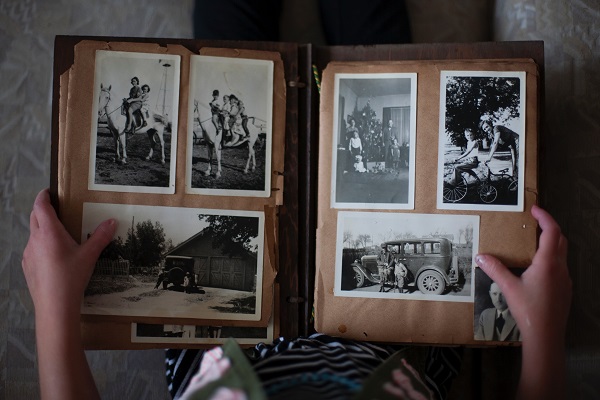 Photo by Laura Fuhrman on Unsplash

This has been a year of milestones, memories and mission. Joy and I celebrated our 48th wedding anniversary in September. In October we celebrated having met 51 years ago. And some years ago, way back in September of 1952, I was born. 44 years ago, also in September, I was born-again. It seems September is a good month for me. 😊 That is the month I was born, married and born-again. 24 years ago, we started Midwest Christian Outreach, Inc. and had been already
engaged in outreach to JWs for six or seven years before that. Where does the time go?

Our print publication, The Journal, has fallen on a bit of hard times this year. Corkey and Todd McGehee, who have been our partners in ministry from the beginning and do such a marvelous job editing and laying out the Journal for print, have had a difficult year. Corkey’s sister passed away, and they have had the responsibility of the funeral arrangements, closing up her home and deciding what to do with her belongings. Todd’s mother was struggling with cancer and recently went home to be with the Lord. At this point the Journal is nearly ready to go to print and should be ready to go to print in the next few weeks. This may be the last print edition of the Journal. Moving forward, we will change over to a digital format, though we will do some special printing of a few copies for those without Internet access.

Thank you for praying for our grandson, Nathan. His time at Mayo Clinic was phenomenal. The staff was very helpful. They prescribed for him a special device that is similar to a TENZ machine but for headaches and have also worked out a plan to address the headache, vision and vertigo issues. He is still recovering and is experiencing some setbacks. He is scheduled to go back to Mayo Clinic in hopes of reducing or eliminating the recurrences. Just for our reader’s information, this entire year-long issue was caused by a cortisone shot he got in his knee from his Orthopedic surgeon. He had had knee surgery, and the shot was administered to reduce swelling that was occurring in his knee and impeding his recovery. The very next day, the severe headaches, vertigo, mental confusion, and vision problems descended upon him. Most people seem to tolerate cortisone shots quite well, and many, including us, have benefited from them, but what is generally unknown is that they can cause severe neurological problems in some cases. Local doctors and a local neurologist seemed completely unaware of this and did not make the connection – it took the doctors at Mayo Clinic to affirm this. We are not on a crusade or anything; we just thought people should know. We would appreciate any prayers for him as he recovers.

Our YouTube channel is growing, and we have over 600 subscribers. We haven’t done any advertising so far but are allowing it to grow by word of mouth. That allows us to focus on what we believe God is calling us to address rather than try to jump on whatever is currently popular or trendy. Our weekly Crux E-Letter has grown, with nearly 900 signed up to receive that. You can sign up on the lower right of this page. Again, we haven’t really done much in the way of aggressively advertising. If you know of anyone who might benefit from any of these resources, please point them in the right direction.

Early in the year I was speaking in various churches as well as shepherding along the EMNR Conference at the New Orleans Baptist Theological Seminary in April. I am currently working on the 2019 EMNR conference, which will again be held at the New Orleans Baptist Theological Seminary. The dates are May 2-3, 2019. I spoke at the Witnesses Now for Jesus Convention in October, which was the milestone 40th and final WNFJ convention at Blue Mountain Christian Retreat Center in the Poconos of Pennsylvania. It is the close of an era, but the beginning of something new for the WNFJ convention. We can’t wait to see what that will be.

I attended the Parliament of the World’s Religions in Toronto, Canada, November 1-6. There were perhaps a dozen evangelical apologists from various ministries who attended the Parliament to interact with the attendees of myriad faiths. I had a number of opportunities to talk with people of various beliefs and was able to present the gospel to them. One of them, Dhilan, is a Buddhist who allowed us to video record our conversation, most of which is on our YouTube channel. He is currently watching all of our YouTube programs and we are carrying on an email conversation. 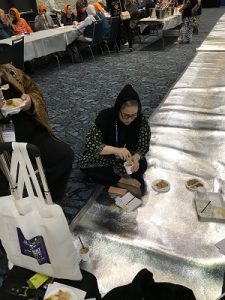 Another person I spoke with is Mara. She was a Baptist who converted to Islam. She told me that she primarily made the change because she asked her pastor questions about the nature of God which he didn’t seem to be able to answer. She found that Islam had “answers” for her – not true answers – but answers which seemed to “make sense” to her and kind of affirmed what she already believed. She was open to talking but does love and is invested in her new faith. There are many others, and we ask that you pray for them as they come to mind.

In addition to the various outreaches we are contacted regularly by those who have family or close friends who have become involved in cults and false religious groups. For example, Gwen Shamblin’s Remnant Fellowship is still very active. At least several times a month we are contacted by family members who have a sister or brother who are or have moved to Tennessee to be near Gwen and her church which is the “New Jerusalem.” There is a new cult in South Africa we have been warning others about, Christ in Me International, which is tearing families apart. Pastor Rudolph Boshoff has done a tremendous amount of work there in researching and publicly exposing the false teaching from this group. We have been giving some guidance to an individual whose daughter is involved, to set up a support group from families and former members. We have also had a number of inquiries about the New Apostolic Reformation and have done several webcasts on this growing heresy within the church. That is of course, in addition to the Jehovah’s Witnesses, Mormons, atheists, Wiccans and others.

Support raising continues. We had hoped to be close enough by October for me to eliminate my trucking job and focus on this ministry full-time. We didn’t quite make it. We need to raise another $900.00 a month or so at this point and are prayerfully planning on making the transition at the end of February. I am scheduling more speaking engagements which will also help. Joy and I very much appreciate your friendship, prayers and support as we labor in this largely neglected but important mission field. Some regular supporters have been able to increase their regular support, which is very helpful, but others have had to scale back. I am aware that our supporters may be supporting other missions as well, but would you pray about becoming a regular supporter on a monthly or quarterly basis? Also, please pray for me as I follow through on this fund-raising aspect of the ministry.

We are truly blessed to be able to serve our Lord and the Body of Christ in this mission!