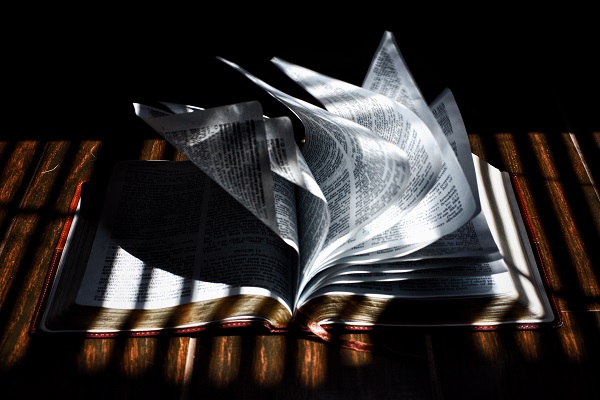 Photo by Luke Palmer on Unsplash

When books or articles feature questions such as, “When Did Jesus Become the Christ?” or “When Did Jesus Become the Son of God?” it usually indicates that we are about to be introduced to a heretical view about the identity of Jesus. Most often the proposed answer to the question will demonstrate a lack of any real familiarity with Scripture or history, and nearly always employs strawman arguments that the author erects and then boldly kicks over. Antagonists of the biblical/historical faith quite often engage in this type of setup, but they are not alone in their folly. Cults of Christianity (cults which identify as Christian and are supposedly biblically based) use similar tactics. The Watchtower Bible and Tract Society, for example, recycles the adoptionism heresy, which was condemned in the second century. The view essentially claims that the merely human Jesus was adopted as the Son of God or anointed as the Christ (or Messiah) at His baptism. They write in their 1975 book, Holy Spirit – The Force Behind the Coming New Order on page 90,

When did this Jesus become actually ‘Christ the Lord’? Not on the eighth day of his birth, when he was circumcised. He was not anointed on that day. It was when he was thirty years old.

Jesus was anointed with holy spirit after his baptism in water and he thus became Christ or Anointed One, so too with his disciples.

One doesn’t have to go too far in the Gospel of Luke to find Scripture exposing this claim as false. In Luke 2:11 we read,

For unto you is born this day in the city of David a Savior, who is Christ the Lord. (ESV, cf. Matthew 1:17)

The biblical writers record the angel announcing that the One Who was born, the Savior, already is Christ when He was born. However, we have noticed over the years that the Watchtower has never been one to let the truth get in the way of a good story.

One of the satirical commercials we created for our Unknown Webcast is “The Heresy Recycling Board” because there really aren’t too many new heresies around, Folks. Most have been dreamed up and promoted in past centuries, and are merely trotted out, dusted off, and offered up as something new. Almost every doctrine or Scripture that can be twisted already has been twisted at some point in the last 2000 years. I’m sure that must be disheartening to the “Heretic Community,” but it is simply the truth. To be fair, some heretics are probably not even aware that they are peddling recycled heresy because they are usually as ignorant of Church history as they are of Christian doctrine. So when they burst on the scene and breathlessly announce (for the gazillionth time) that at some point in the past “all of the church was corrupted and apostatized,” and they are “restoring true Christianity after centuries of spiritual darkness,” it may be that they just don’t know how many cults have already recovered true Christianity. I mean, really, how many times must Christianity be restored anyway? And with so many to choose from, how is anyone to know which “restored Christianity” is the one to follow?

A fairly new player to come on the “all-the-church-is-apostate” scene is Christ in Me International in South Africa. We wrote Is Christ in Me International a Cult? – A Response in April of 2018. In addition we have produced several live webcasts addressing their claims and teachings. Oddly, their original article vanished within days of our response, but we do have a copy of it on file.

In July of 2018, CiMI published When did Jesus become Son of GOD?. Unfortunately, they, like the Watchtower Bible and Tract Society, lack biblical understanding and rely on strawman arguments that may seem persuasive to the biblically illiterate, but actually demonstrate the folly of their claims.

CiMI denies the truth of Jesus’ incarnation, as taught in the Bible. The unidentified author writes:

I remember the Christmases of my childhood. We celebrated the birth of Jesus Christ – the birth of God in the form of a baby who would take away the sin of the world. A part of this never made sense to me, because only a part of this statement is true.

Yes, there was a child who was born supernaturally, who was the son of Mary and Joseph, who would one day become the Lamb of GOD and take away the sin of the world. He would be our High priest, the sacrifice for sin. But GOD was not born in the form of a baby.

This position misunderstands (or ignores) what took place on that day nearly 2,000 years ago. The preexistent, eternal God – the Son – incarnated (took on human form) in the womb of Mary and entered our world as a fully human baby. But while Jesus was fully human, born of a woman, he remained fully God, Who by nature is infinite, eternal (wasn’t born but always existed), omniscient (knows everything) and omnipresent (is present everywhere). The Apostle Paul sheds light on this in Galatians 4:4-5:

But when the fullness of time had come, God sent forth his Son, born of woman, born under the law, to redeem those who were under the law, so that we might receive adoption as sons.

Note that the One Who was sent to be the Redeemer was already “his Son” before He was sent to be “born of a woman.” Those who would believe on Him would “receive adoption as sons.” In this passage we have one who is the Son by nature and others who would become sons of God through adoption.That Jesus is God Who was sent by God to redeem men is prophetically laid out in Zachariah 2:7-13. Here YHWH (the LORD) sends YHWH (the LORD) to reside in the midst of the people, while YHWH, who was sent by YHWH, rouses Himself from His holy dwelling place to go down among men. (For more on this see our article, Who Sent Jehovah?)

After the authors initial strawman misdirection, they continue building strawman arguments by taking Scripture out of context, using what is called eisegesis, which is reading something into the text which is not there and leading the reader to conclusions which are false. They say:

By taking these three words out of context, the entire meaning of what was being said is lost. Jesus was speaking to the woman at the well in Samaria. The discussion Jesus had with this woman concerned the where of the proper place to worship (John 4:20-22). Jesus took the conversation in a different direction by telling her that soon, the physical “place” wouldn’t be important. What will be important is that the worship of God will be “in spirit and in truth.” (John 4:23) Why? Because “God is Spirit.” (John 4:24) He is not limited to location, time, or space because He is everywhere present.

Their claim that “GOD is not flesh – He cannot be flesh” assumes that because in His normal state God is a Spirit and not a physical being, He cannot take on a physical form for His own purposes if and when He chooses to do so. God manifested Himself in a burning bush (Exodus 3), a pillar of cloud, and a pillar of fire (Exodus 13). Furthermore, Jacob physically wrestled with God! In Genesis 32:20; we read:

So Jacob called the name of the place Peniel, saying, “For I have seen God face to face, and yet my life has been delivered.”

The point Jesus was making in John 4 wasn’t that God cannot manifest Himself in a physical way in the universe He created for His own purposes, but rather that those who truly want to worship Him in spirit and truth (our spirit connecting with Him directly) can do so anywhere and everywhere because He is Spirit and not limited to a geographical location.

Their treatment of Jesus’ baptism in Matthew 3 suffers from eisegesis as well. Here we have the inauguration of Jesus’ messianic ministry, and in confirmation the Holy Spirit descended in the form of a dove and the Father spoke. What the Father said is instructive:

This is my beloved Son, with whom I am well pleased (Matthew 3:17)

The Father doesn’t say, “I am adopting Him as my Son,” but states He already “is my beloved Son.” This was a relationship which preexisted Jesus’ baptism. CiMI misses the entire purpose of the baptism and its witness to the Nation of Israel.

If the leadership of Christ in Me International can get something so fundamental as the Son’s preexistence and incarnation so wrong, how in the world can they be trusted with anything regarding salvation and eternal life? We don’t believe that CiMI is actually restoring true Christianity; rather it is merely peddling tired old heresies.Ω