I Can Only Imagine

by Don Veinot | Jul 26, 2018 | Atheist, Cults and Religions, Forgiveness, I can only imagine, Marriage, Redemption | 7 comments 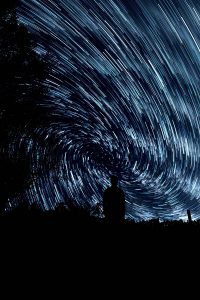 Photo by Jeremy Thomas on Unsplash

On Saturday evening at the old homestead, we had movie night and watched the newly released for streaming, I Can Only Imagine. Faith films these days sometimes seem a little hokey, lacking depth: It’s almost like they work so hard to be “Christian” that they forget the power of a story well told. This film’s writers, Alex Cramer and Jon Erwin, and its directors, brothers Andrew and Jon Erwin, did a great job of just
telling the story. It is the story of an abusive husband/father and the destruction he wrought in the lives of his wife and son who both ended up leaving him. It is also the story of redemption.

It was particularly hard for me to watch because in many ways the story is my (Don’s) story.  As you might guess, I ended up reliving things that I haven’t thought about for years.  My father too was mentally and physically abusive of my mother and us six children. After 16 years of marriage she had had enough. She came home from work in the middle of the day, picked us up from school, packed up what we could in sheets and ran. She filed for divorce when I was 13, and I only saw my father a few times after that. It isn’t that I never tried to contact him, but rather that he didn’t respond the times I did. My father was an atheist. He was pretty clear in his view that God does not exist, and in many ways he lived consistently with that view.

Why did he reject me so coldly? He was a self-centered man. He had wanted me, the oldest, to come live with him, and he was very angry because I chose to live with my mother. I could not leave my mother alone to raise my five siblings, one little more than a baby, and I didn’t want to be abused any more either.

Let me be clear that I loved my father despite his abuse. Probably most abused children do. I sent him an invitation to my wedding – it was sent back. After I became a Christian, I prayed for him. When I was 21 and a new father myself, he called one night while Joy and I were out. He left a message on the answering machine (remember those?). I didn’t sleep most of the night as I lay awake thinking that we might talk and perhaps I’d even have an opportunity to share the faith with him, but that call never happened. Instead, the next morning I received a phone call from the woman he was living with at the time to let me know he had taken his life earlier that morning. It crushed me for a long time. I took responsibility for his actions, thinking if only I had been there to receive his call, it might have ended differently. Unlike Bart Millard, there was no redemption story for my father and me, or his other children either, for that matter.

There is a different kind of redemption story though for me. At some point I realized that my father’s suicide was merely the last abusive act of an abusive man. As I grew in the faith I came to realize that my dad was an unbeliever simply acting like an unbeliever. How could I expect that he would act differently? It also dawned on me that I was not in any way responsible for his death. His choices were his own. Instead, I made (and still make) a conscious effort to remember some of the times when he acted like a caring father, for there were some of those. People are not entirely black or white. I have forgiven him, and on the rare occasions that I still remember him with sadness, it is not over his abusiveness but his lostness. He is eternally separated from God, and there isn’t a thing I can do about that.

Not only do I have a story similar to Bart Millard, but I have a Joseph story as well. Joseph was abused by his brothers, and I am certain at the time, Joseph would not have understood why they were so cruel to him. He probably didn’t understand all of the subsequent setbacks he suffered either. He was sold into slavery, but he did his best to succeed in that role. He was unjustly imprisoned for years, and when he might have gained his freedom, he was forgotten by a man he had greatly helped, who could have helped him in return. But there came a time when it was brought home to him that all these hardships had put him in a position to be greatly blessed by God, and to bless the very brothers who had acted so cruelly towards him. He had eventually been brought out of prison and elevated to second in command in all of Egypt! So, when his brothers arrived in Egypt years later to buy grain so they and their families could survive a devastating famine, he revealed himself to them with a simple message:

And now do not be distressed or angry with yourselves because you sold me here, for God sent me before you to preserve life (Genesis 45:5)

After their father, Jacob (Israel) passed away the brothers were in fear of retribution from Joseph but his message remained simple:

As for you, you meant evil against me, but God meant it for good, to bring it about that many people should be kept alive, as they are today. (Genesis 50:20)

When I met Joy at age 15, I was not a Christian. We didn’t know this at the time, but at some point her grandfather began praying for me – not only that I would be saved but that I would become a preacher. How very odd! To that end, he began acquiring Bibles and commentaries. After I became a Christian, he showed up to the annual Nielsen family picnic with this box of books. Some years later, after Grandpa had died, Joy and I were called into ministry as missionaries to cults and non-Christian religions.

I am not the victim of my childhood circumstances, but a child of God. God used all of the good and bad circumstances and people in my life – my father, Joy, her grandfather, her parents, and many others, to bring me to where I am today. No matter what my father meant to inflict upon me, God meant it for good. It seems to me that is what Romans 8:28 describes:

By the way, if you haven’t seen I Can Only Imagine, put it on your list and make sure you have the tissues handy.Ω