A Short Tribute to Diane Gholson 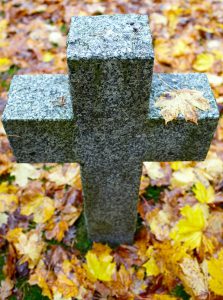 We received word that our friend and former Florida Branch Director, Diane Gholson, age 94, passed into the presence of the Lord on June 8, 2018. Her daughter, Sue, sent a note which said in part:

She slipped away from us quickly and I believe without suffering. Her heart just simply slowed down on her until she slipped away. I was at her bedside for a few days and
she did not seem to be in any distress, so I am very thankful.

Joy and I had the pleasure of meeting Diane in the early 1990’s. We had been operating a pre-recorded helpline for Jehovah’s Witnesses for a few months, when a friend in another town called one day to let us know someone else was running a helpline in her area. Joy called the helpline and the couple who were manning that outreach, Bill and Joanne Kalin, returned our call. We met for dinner and were instantly fast friends. They had been mentored by Diane Gholson who had been a JW for 43 years! We were not aware of the Gholsons or anyone else in our northern Illinois area who was engaged in reaching out to JWs, so we were very anxious to meet with them and work together as we could. When we met her and her husband Leroy, we were encouraged that God had rescued people who had been in bondage to that cult for so long. We were also glad that we had not met her on our doorstep before we knew anything about the Witnesses and their twisted doctrines, because she was one tough cookie! We also wondered where she found such a huge cross to wear around her neck! She wore one of the biggest crosses we had ever seen, so that the JWs she met up with couldn’t miss it. The Watchtower Society is “an enemy of the cross” (Philippians 3:18) and does not allow their adherents to wear crosses. Only vampires fear the cross more than they. 😊

As you might imagine, Diane had an interesting story to tell. She and her husband Leroy had been Jehovah’s Witnesses and raised all their children “in the truth.” Leroy, and later his son Fred, had gone to prison for refusing military service. They had for years gone faithfully door to door in their community of Rock Falls/Sterling Illinois and were quite effective in bringing folks into the Watchtower Bible and Tract Society.

But along the way something happened – or rather didn’t happen – as they prepared for the “end of this system of things” and Armageddon in 1975. 1975 was IT! It was the latest date the Watchtower had openly and widely claimed Jehovah had told them would be the end. (Many Witnesses had put off marrying and/or college, or ran up debts, or sold their homes and property, thinking none of that worldly stuff would be important at Armageddon – and it were far better to show “Jehovah” that you were committed wholly to his cause so that you might survive Armageddon yourself!)

When the date passed without the momentous event coming to pass, Diane was quite concerned. After all, they had personally told people it was surely going to happen! But – it surely did not happen! Initially, Diane thought the Watchtower’s 1975 prophecy was just off by a year or so, but nothing happened the next year either. After a time of soul searching, she purchased a Living Bible and just began reading it, without the “help” of the Watchtower Society literature to cloud or twist its meaning. To her surprise, as she read the Bible without Watchtower literature she began noticing that it really was all about Jesus, and not the man-made organization she had so faithfully followed. She also noticed that she really couldn’t find the Watchtower’s teaching in the Bible. As time went on, she, Leroy, Fred and others came to the realization that Jesus was God and came to faith. Not only did they end up leaving the Watchtower Society, but, as they thought about how many people they had led into the Watchtower, they decided they had to do something about it. Diane said she had worked for 43 years for a false prophet organization and she would work at least as hard for the true God for the rest of her life. One of their first acts was to post an apology (for propagating falsehood) on a billboard on top of a bridge between the two communities of Rock Falls and Sterling Illinois – which all crossing the bridge would see. Let’s just say the area JWs were less than thrilled with this public apology. And we might also say that when individual JWs met up with her in public, they didn’t cotton to the approximately “steeple-sized” cross that was hanging around her neck.

As she gave her testimony, she talked about her family’s experience when they began attending a Christian church. They all sat in the first pew and she said that you would have thought it was a mourner’s bench because every Sunday they would all cry through the sermon. Tears of Joy…

Diane and LeRoy held monthly support group meetings for those who had left or were considering leaving the JWs. She was always available to those who needed her counsel and encouragement as they were leaving – or after they had left – the Watchtower Organization. And she joyfully encouraged those of us who had never been JWs to continue in the outreach. She even loaded us up with Watchtower books and magazines to build our own library of source material for our research, or to share original documents with JWs, showing that 1975 was only the latest of many false dates that the Watchtower had promulgated for Armageddon and the end. Of course, there are many other false teachings that also need to be shown to the uninformed JWs that came to one’s door. The average JW does not know the true history of the Organization, because their past has been lied about and/or hidden from their view. They are encouraged to attack all “Christendom,” as they call it, for any and all transgressions dating back many centuries, but are heavily discouraged from looking into all the false teachings and prophecies from their own past.

When we started Midwest Christian Outreach, Inc in 1995, Diane called immediately to let us know she was going to be a branch of MCOI (she didn’t really give us a say in the decision). 😊 Diane was a power house and was true to her commitment to work at least as hard for the One True God as she had for the false prophet organization. We will miss her! We really like her daughter Sue’s last paragraph:

Mom lived a good, long life and I know she’s dancing now. The best thing that we can do in her honor is to live the kind of life that she did, serving others and helping those that you meet and of course…. rooting for the Cubs in her honor!Ω