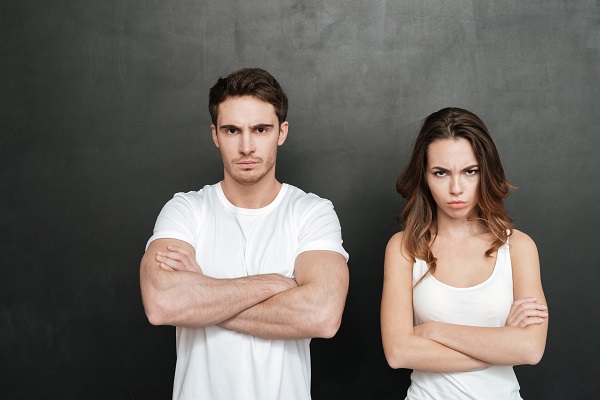 Every week, it seems, we receive an email, letter, phone call or comment on our blog or YouTube Channel proclaiming that someone is offended by something that was said, either by us or a guest. We have come to realize over the years of being involved with apologetics and missions to cults that offending someone is not simply a possibility in our calling – it seems to be a job description! We don’t set out to offend anyone – we don’t enjoy it – but it seems to come with the territory.

Our standard for evaluating beliefs and behavior are the Scriptures – the Bible, that we see as the Word of God. That puts us at loggerheads with people whose standard may be what makes them feel good or happens to be espoused by someone they trust and follow. For example, when we point out that Benny Hinn is a false teacher who claimed that God told him there are nine persons in the godhead, his followers are deeply offended. They are not offended that Hinn said it – but that we didn’t believe him and are pointing out his error. When Suzanne Hinn went on a rant that the spiritually constipated need to get their engines revving up with a Holy Ghost enema  it was considered mean spirited to call her to task. When Oral Roberts claimed a 900 foot Jesus appeared to him and ordered him to raise 8 million dollars or God would kill him, his followers were offended that we didn’t believe him. More recently, we have Jesse DuPlantis claiming that God told him to raise 54 million dollars to buy a jet because Jesus wouldn’t be riding on a donkey were He on Earth today. “He’d be on an airplane preaching the gospel all over the world.” His followers are, of course, deeply offended by those of us who point out that he is a false prophet, and probably a little greedy as well. How dare we criticize this man of God?

We find ourselves at loggerheads with our culture as well. Sexual sin has been largely redefined over the past few years. The standard God revealed, that sex is to be enjoyed within marriage, marriage being understood to be a covenant between two people of opposite sexes, is seriously out of fashion now. God’s standard is just not cool – and it interferes with the rights of people to just “love who they love.” With the exceptions of pedophilia and bestiality, all sexual appetites and choices are just fine in the mainstream culture – and it won’t be long before the last two are likewise normalized. After all, didn’t God make pedophiles they way they are? Who are we to judge? And of course, people have the right to love who they love, right? There can be no right or wrong in it – it’s just a lifestyle choice.

Even now in Virginia, Nathan Larson, a self-professed pedophile, is running for congress. He seeks to legalize pedophilia. Contrary views are not tolerated. They are, you guessed it, OFFENSIVE! And of course, judgmental. And no doubt bigoted too. And liable to get a person fired from their job if expressed.

Another Christian has lost his livelihood for good-faith wrongspeak. This time it was for articulating extremely basic Christian truth that it’s sinful to celebrate sexual immorality. Here’s BuzzFeed with the story:

A high-ranking CrossFit employee was fired after tweeting his support for a CrossFit gym’s cancellation of a Pride event, citing his belief that celebrating LGBT pride is a “sin.”

Jordan Peterson, who is not a Christian as far as we know, points out that under the current cultural dominance of Progressives, there is no tolerance for independent thought and competing ideas. Such things offend them. As he states:

They don’t see ideas that run contrary to their ideology as simply incorrect, they see them as integral to the oppressive system they wish to supplant and consider it a moral obligation to stifle and constrain your expression.

This all may be rather new to us in America – land of free speech and freedom of religion, but it’s certainly not new in human history. Only our shared belief for so long that every American has a right to believe and say what they believe, which unfortunately seems to be crumbling today, protects us from mob rule. All our rights are supposed to be guaranteed by the constitution, but our congressmen, local politicians and unelected judges are trespassing far outside of constitutional bounds. They seem now to be a law unto themselves.

In Jesus’ day, the ones who set the rules in Israel were the religious leaders. They were supposed to lead the people according to the law of Moses, revealed in God’s Word, but their edicts went far beyond scripture in their desire to wield the reins of power and control the lives of the common people. Jesus encountered it during His earthly ministry, as seen in Matthew 15:1-9:

Then Pharisees and scribes came to Jesus from Jerusalem and said, “Why do your disciples break the tradition of the elders? For they do not wash their hands when they eat.” He answered them, “And why do you break the commandment of God for the sake of your tradition? For God commanded, ‘Honor your father and your mother,’ and, ‘Whoever reviles father or mother must surely die.’ But you say, ‘If anyone tells his father or his mother, “What you would have gained from me is given to God,” he need not honor his father.’ So, for the sake of your tradition you have made void the word of God. You hypocrites! Well did Isaiah prophesy of you, when he said:

“‘This people honors me with their lips, but their heart is far from me; in vain do they worship me, teaching as doctrines the commandments of men.’”

The Pharisees and scribes had created an alternate morality, “the tradition of the elders,” which replaced the moral law God had given. They were deeply offended that Jesus and His disciples did not honor and conform to those traditions. Jesus told them to their face that the problem was that their traditions did not conform to God’s law. Then Jesus publicly countermanded those traditions, instructing the people in verses 10-11:

The leader’s traditions were all about the external – the outward show of piety. But man’s problem is not external – it is internal. It is a terminal heart condition which is infected with sin. Upon hearing this, the leaders saw how wrong they had been, recognized that they had strayed far from God’s law, and came to Jesus in repentance. Oh wait – that’s not what happened. In verse 12:

Then the disciples came and said to him, “Do you know that the Pharisees were offended when they heard this saying?”

The Pharisees were … offended!

Taking personal offense at someone’s voicing an alternative opinion is taking the easy way out. It does not involve deep thought or any power of persuasion. It certainly does not enhance freedom. We all need to keep this in mind and refuse to play the “offended card” when someone simply disagrees with us.

And, we should always strive to speak the truth in love, being careful not to offend someone simply for the purpose of being offensive. Being a provocateur is not the wisest course of action.

A soft answer turns away wrath, but a harsh word stirs up anger. (Proverbs 15:1)

Speaking the truth in love (Ephesians 4:15) does not guarantee you will be heard or that you won’t be accused of offending someone. But it is the right thing to do. Ω