“An Evangelical Walks into a Bar…” 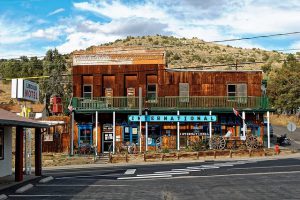 In 1980 I was a newlywed working as a bank coin teller. There were a lot of silver coins in circulation back then, and the price of silver was skyrocketing toward an all-time high. At one point I sold roll of silver dimes (face value: $5.00) to a coin dealer across from the train station near my home for $35.00. If I had waited a few months, I could have sold it for $100.00.

One day I found a quarter that was minted in the 1920s. As was my practice, I exchanged it for one of my own quarters and took it to the coin dealer. Its numismatic (or collectors’) value would have been far more than that of its silver content, but the year had worn off the coin’s face from repeated handling. The dealer knew exactly what year it was minted due to a distinct feature that only quarters from that year had, but since the date had worn off, I could only sell it for the value of its silver. The coin had been used so many times that its value had gone down.

I once heard former Moody Church Pastor Warren Wiersbe say that words are like coins: the more they are used, the more they wear out, until no one knows what they mean anymore. (This is especially true of silver coins, which are made of a more valuable but softer metal.) That was around 1980, and he was complaining that the phrase “born again” had been so overused it could mean just about anything. There were magazine articles about “born again kitchens.” We have the same problem with the word “evangelical,” and we’ve had it for quite some time.

To illustrate, I will let you pick the punch line to the following joke: “An evangelical walks into a bar, and the bartender says…”

For many, the word “evangelical” has become so identified with conservative social causes that it is as much a political term as a religious one. For others, evangelicalism is simply another way of saying “anti-science.” And for those somewhat, but not much, more familiar with it, evangelicalism is so theologically elastic that it can even include those who deny the historic Christian doctrine of God’s omniscience (they’re called “Open Theists”). But there are probably as many stereotypes of evangelicalism as there are people, hence option “d.” When it comes to what “evangelicalism” actually stands for, opinions today are probably more confused than ever, and the fault does not lie with the world or the media or some satanic conspiracy.

We have brought this upon ourselves.

Definitions are the “values” of words. Vague words capable of multiple definitions do not have much value when you are trying to say something meaningful. And because we evangelicals have failed to be more specific as to what our name means, for most people it no longer says anything truly meaningful about us—especially about what we believe. And is not what we believe supposed to be the central reason why we call ourselves “evangelicals” in the first place?

Exhibit A in this case is the well-known “Bebbington Quadrilateral.” David Bebbington’s four “characteristics” of evangelicalism have become a common working definition: (1) conversionism (the need for repentance and faith in Christ), (2) activism (active public evangelism and discipleship), (3) biblicism (the Bible as the sole source for spiritual truth), and (4) crucicentrism (the cross of Christ as the focus of the Gospel). (See Evangelicalism in Modern Britain: A History from the 1730s to the 1980s, pages 2-17.)

But while Bebbington talks about doctrine, Carl Trueman points out “the nearly complete absence of doctrinal criteria” in his “Quadrilateral.” This comes out in Bebbington’s discussion of crucicentrism, where he notes that while evangelicals of the late-18th and early-19th centuries consistently affirmed the doctrine that on the cross Christ suffered the penalty sinners deserved as their substitute, in the 20th century it only survived among “conservative Evangelicals,” a term I first heard more than a decade before Bebbington wrote, demonstrating that “evangelical” had become so watered-down that it was necessary to distinguish between theologically-conservative and theologically-liberal evangelicals. Although the cross of Christ was still in some way “central” to evangelicalism, what that cross means, apparently, is now any evangelical’s guess. So it seems evangelicals have come to be defined more by what they do or what they experience than by what they believe.

How long has the face of evangelicalism’s coin, and hence its identity, been wearing out? By the time the preacher D. Martyn Lloyd-Jones gave his 1971 address titled, “What Is an Evangelical?” it had apparently been going on for quite some time. Lloyd-Jones recalled his experience with people who even listed Karl Barth as an evangelical. “Because Barth was so wonderful a critic of liberalism,” he wrote, “he was regarded as a true evangelical, something that he, of course, never was.” (Knowing the Times, page 311.)

And the list goes on and on. “There have been many other examples of this. I find that C.S. Lewis has almost become the patron saint of evangelicals. He was never an evangelical and said so quite plainly himself.” (Ibid., 312.)

Lloyd-Jones wrote as if the word “evangelical” had specific content in his day, which for him included the ultimate authority of Scripture, the denial of evolution in favor of the biblical account of creation, the historic Fall of Adam, Christ’s penal substitutionary atonement, justification by faith alone, and more. Back then the problem was not that the word had become too vague, but that it was being misapplied. The situation, however, has deteriorated since then.

I was working at Wheaton College in 1994 when Mark Noll, who was teaching there, published his book, The Scandal of the Evangelical Mind. It famously begins with the sentence, “The scandal of the evangelical mind is that there is not much of an evangelical mind.” That inspired some rather heated comments that were aired at a faculty and staff dining hall table where I ate lunch. The book was not universally well-received by evangelical academics. (But then, what book is?)

Fifteen years later, Carl Trueman published The Real Scandal of the Evangelical Mind, from which I quoted earlier. I believe he is closer to the mark when he notes that the real scandal is that there is not much of an evangelicalism. “It is not that there is no mind,” Trueman wrote, “but rather that there is no evangelical.” (Kindle version, Chapter 3, paragraph 1.) How can there be? When evangelicalism can stand for practically anything, it really stands for nothing.

The tragic result of this downward trend is that in 2003, the Evangelical Theological Society (ETS) failed to receive the necessary 75-percent vote by its members to remove two notorious Open Theists, Clark Pinnock and John Sanders, from its rolls. Now people could call themselves evangelical theologians even while denying that God can predict the future!

The penchant for slapping the label “evangelical” on as many theological viewpoints as possible has been dubbed “big-tent evangelicalism,” which contains an allusion to outdoor evangelistic meetings under circus-like tents—which is oddly appropriate given the circus-like antics of some evangelicals. But how many different species can you squeeze into that big tent before you no longer have a circus, but a zoo?

Can the words “evangelical” and “evangelicalism” be salvaged, and their historic meaning restored? I would hope so. But, in the meantime, people who care about orthodox biblical doctrine are leaving the big tent in increasing numbers. If this trend is not reversed, we stand to lose a truly beautiful and useful word that for generations has bound together those from many denominations who are saved by grace alone through faith alone in Christ alone, based on the truth of Scripture alone.