The Effects of Lawlessness 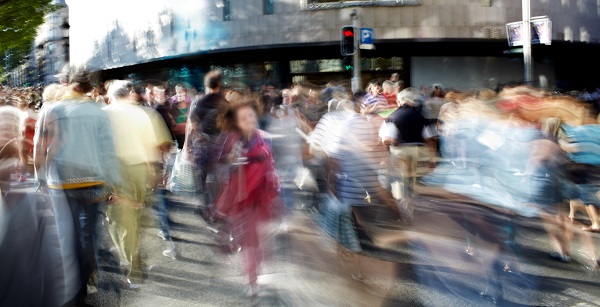 Hardly a day passes which doesn’t show us the effects of lawlessness in our culture and how it has changed “normal life.” The effects range from mere “inconveniences” to jeopardizing one’s financial or physical safety. We are not talking about the normal dangers of life per se – human beings have lived with danger and mishaps to varying degrees all down through the centuries. There was a time not all that long ago that women died in childbirth on a regular basis. Pneumonia, though still dangerous, was a far deadlier killer in past centuries. According to Pneumonia History:

We do not suffer all of the dangers, at least to the same degree, as previous generations. There has always been lawless people in our midst – thieves, thugs, con-artists, murderers and politicians – but our culture seems to have taken a turn for the worse in recent times. My friends and I could walk down to the neighborhood creek and “horse around” there, or head to the shopping center (which predated malls by a little bit) and gather at the “Dime Store” (the Dollar Stores of our day, by cracky!) for a little harmless socialization. Joy and her sister, at a very young age, could jump on a bus in Chicago without adult supervision and head to the Cubs game. Fear of abduction or molestation was just not a big consideration. Drive-by shootings and random killings had not been popularized yet. The Saint Valentine’s Day massacre in Chicago in 1929 involved the gunning down of 7 mobsters, and shocked Chicago and the nation – which makes our point. The nation was shocked by this carnage almost 90 years ago, but to have only 7 people gunned down in the city of Chicago on any given summer weekend these days more or less elicits a yawn. Ho hum.

Things have changed. Our lives have become better in many ways, but the effects of increasing lawlessness impacts our daily lives in ways large and small. Over the counter meds and supplements have safety seals under the caps. Why? Because of the Tylenol murders of 1982 Sure, the extra effort in opening a bottle of medications is not terrible, but is the result of an earlier lawless act of a lawless person which will continue to inconvenience all of us forever after.

Used to be you could buy most allergy medications right off the shelf, but now you must stand in line and submit to inspection and sign a form just to buy a month’s supply! For one person! If your spouse needs some also, he (or she) has to go for himself! Why? Lawlessness. Lawless people were buying up allergy meds and making methamphetamine (meth for short) out of them, so we all lost a little freedom because of it.

Pain medication users will find it harder to get the pain medications they genuinely need because of the Opioid Crisis that is killing thousands of people today. Why should those with genuine needs for relief have to endure this? Because unscrupulous lawless people were getting unnecessary pain medication from their doctors and selling them to addicts in the neighborhood. (We personally know of several people who have done this) A woman who lives not a block away from us set up a drug dealership out of her home. People were coming and going at all hours, some buying and some selling their meds to her to supplement their income. We also suffered a little “break-in boomlet” in our little neighborhood as a result. She was finally shut down by the police, but I’m sure another start-up dealership sprang into existence somewhere else in town to take her place. Our little town is being badly hurt by this scourge. Many have died. Who suffers from this lawlessness? We all do.

When we were over the road truckers, we had to submit to random drug tests, which meant being forced to leave the route we were on at a moment’s notice and drive miles and miles to an occupational clinic to be tested. Was this voluntary? NO. Were we paid for our time? NO. Were we treated like criminals? YES. Did they ever find drugs in our system? No, because we are not lawless, but were treated as such anyway. It is simply part of life in an increasingly lawless culture.

Our computers, smart phones and other internet connected devices are updated (it sometimes seems on an hourly basis) because hackers keep finding ways to plant viruses in your system – for fun or profit – to steal your identity or take control of your bank accounts. So, in addition to software manufacturers having to constantly update their products, we must all add virus and malware products to our systems, which also need constant updating to keep up with the relentless assault and ingenuity of the hackers. And often these criminals succeed in breaching large corporations and even the government, causing incalculable harm, with possible national security implications. Then there is the joy of having to replace your credit card 2-3 times a year because someone managed to steal your information online. Delightful! Now you will have to contact everyone who has your number on file for automatic payments and so forth, and update the info. How about having to keep track of jillions of obscure passwords and change all of them on a regular basis? Deadly? No. Aggravating? YES.

Due to the advent of hijackers and terrorists, flying is not the pleasant experience it used to be. We must arrive at the airport 1 ½ to 2 hours early to stand in line and submit to indignities that we would not have imagined a generation ago. We must be prodded, poked, partially undressed and inspected to make sure we are not one of the potential culprits. Harmless Grannies in wheelchairs must submit to the same level of intrusion as everyone else. Lawlessness curtails our freedom and degrades our rights as free people. Yet we submit because we have no choice. Lawlessness has overtaken us.

We can get angry, we can blame the government, and we can rail against the system if we choose, but more control always comes out of increasing lawlessness.

Freedom is only truly possible in a society where people are willing and able to exercise self-control – to police themselves. Freedom cannot and will not last in a lawless society.

It may seem an odd thing in the beginnings of the Christmas season to raise these issues, but they can also be a reminder of the reason for the season. In Titus 2: 11-14 the Apostle Paul wrote:

For the grace of God has appeared, bringing salvation for all people, training us to renounce ungodliness and worldly passions, and to live self-controlled, upright, and godly lives in the present age, waiting for our blessed hope, the appearing of the glory of our great God and Savior Jesus Christ, who gave himself for us to redeem us from all lawlessness and to purify for himself a people for his own possession who are zealous for good works.

We will not always have to live with the effects of lawlessness. Someday we shall be set free…Ω