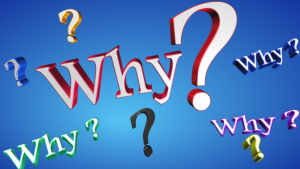 Is atheism based upon faith or fact? How does one arrive at belief in unbelief? There is probably no one answer to these questions. In his book Ends and Means, Aldous Huxley, known as “Darwin’s Bulldog,” was clear that his atheism was not based on faith, facts, or reason but on something else entirely:

I had motives for not wanting the world to have a meaning; and consequently assumed that it had none, and was able without any difficulty to find satisfying reasons for this assumption. The philosopher who finds no meaning in the world is not concerned exclusively with a problem in pure metaphysics. He is also concerned to prove that there is no valid reason why he personally should not do as he wants to do. For myself, as no doubt for most of my friends, the philosophy of meaninglessness was essentially an instrument of liberation from a certain system of morality. We objected to the morality because it interfered with our sexual freedom. The supporters of this system claimed that it embodied the meaning – the Christian meaning, they insisted – of the world. There was one admirably simple method of confuting these people and justifying ourselves in our erotic revolt: we would deny that the world had any meaning whatever. (As quoted in GoodReads)

Do you want to live any way you choose without the burden of moral restraint? It’s simple really – just deny that the world has any meaning whatever. This solution meshed well with the Social Darwinism that was gaining popularity at the time Ends and Means was published. Margaret Sanger, another Social Darwinist, had founded Planned Parenthood 21 years earlier (1916). She had been quite vocal in her promotion of eugenics, abortion, and forced sterilization to weed out and breed out the less evolved humans (Blacks), the mentally handicapped (which she referred to as imbeciles), the physically handicapped, and other “undesirables.”

Atheism freed its adherents from any guilt associated with their cold disdain and ill-treatment of others by the simple decision to deny any objective meaning. They could decide who should live or die because they chose to believe that neither life nor death had any ultimate meaning. This position requires more hope than faith – they hoped there was no ultimate authority by whom they would be held accountable for their selfish actions. Of course, if there is an objective morality and someone before whom we will all stand accountable; their hopeful denial will be useless.

Another claim by atheists,  like that of our friendly self-proclaimed atheist, Thomas Levi, – is that Jesus never existed.

The views Levi expresses are very similar to those we find in the popular film “Zeitgeist: The Movie,” which claims that the stories about Jesus are little more than a composite of stories about mythical gods and messiahs from other cultures. The essential problem is that the claims they make are false. Our friends at Got Questions do a nice succinct job of explaining the problems in their article “Is there any validity to the Zeitgeist movie?“

There are a number of good refutations, exposing the false claims – and in some cases the outright lies – of “Zeitgeist: The Movie,” in short (about 13 minute) films such as “Zeitgeist Debunked: Jesus Is Not A Copy Of Pagan Gods.”

There is no scholar in any college or university in the Western world who teaches classics, ancient history, new testament, early Christianity, any related field, who doubts that Jesus existed.1Professor of Religious Studies Bart Ehrman, Freedom From Religion Foundation Lecture, 2014, YouTube, 51:50-52:06

Even The Jesus Seminar did not deny either that Jesus had existed or that He had been crucified. As we point out in “The Hysterical Search for the Historical Jesus,” they had to keep fudging and rewriting history to remake Jesus in their own image, but they never denied His existence or the essential facts of His life.

According to Bart Ehrman, he left the faith due to the problem of evil. As Dr. William Lane Craig points out, this problem is really an argument for the existence of God because it assumes good, by which we can even measure evil, exists. If there is no God, no ultimate authority, the very concepts of good and evil are meaningless. Sean McDowell explains this in about 3 ½ minutes in “Why does God allow evil?”

I am not certain why Thomas Levi is an atheist. He does not seem overly burdened with having to make a case for atheism and appears committed to being unpersuaded:

But then as an atheist I am well established at not being convinced any religious belief is founded in reality.

He is, it seems to me, like so many I have spoken with over the years, an atheist by faith. Sadly, his faith will not save him; he needs the Savior.

I have to agree with Dr. Norman Geisler and Frank Turek, I Don’t Have Enough Faith to be an Atheist Ω