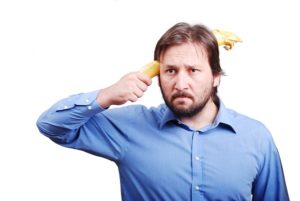 Every now and then a news article comes along that scares me a little. The Washington Post reported on a social science study to test how politicians respond to evidence that contradicts their ideological positions. I bet you can guess how this went.

Our research involved a number of “survey experiments” in which we varied the questions that we asked politicians. In our first test, we asked the politicians to evaluate parents’ satisfaction ratings for a public and a private school. We had deliberately set up the comparison so one school performed better than the other.

So a group of politicians (in Denmark, but still) were asked to analyze data where one school does better than another. Another group was given the same data but this time the data sets were labeled “Public School” and Private School” –a politically charged distinction.

And of course the politicians were able to put aside their own political ideology and judge the data objectively. 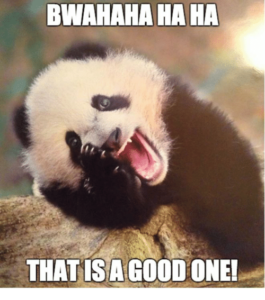 Most politicians interpreting data from “School A” and “School B” were perfectly capable of interpreting the information correctly. However, when they were asked to interpret data about a “Public School” and a “Private School” they often misinterpreted it, to make the evidence fit their desired conclusion.

This is not that surprising. It’s called motivated reasoning. If we want something to be true, we ask “Can I believe this.” If however, we don’t want something to be true, we think “Must I believe this?” For instance, a study was done of psychology grad students. The students were asked to analyze data testing the link between breast cancer and caffeine. Some studies showed a link between caffeine and breast cancer and others did not. Guess who criticized the studies linking the two. That’s right. Women who drank coffee. The women who consumed caffeine were more likely to criticize the studies that said drinking coffee lead to breast cancer. So, no surprise that politicians did the same sort of reasoning. But the really depressing result was how they responded to explicit additional evidence against their position.

[W]e actually observed how more information reinforced prior attitudes rather than undermining them, suggesting that the politicians were even more prone to interpret the information in a way that supported their prior beliefs. In other words, the more evidence there was, the more politicians were influenced by their prior attitudes, rather than the conclusion that the evidence pointed to.

And I could go on and on and on. Study after shows that humans, not just politicians, are really great and rationalizing their thinking in the wake of counter-evidence.

If you have ever tried to talk about the shifting dates for the return of Jesus with a Jehovah’s Witness, you know what I mean.

Social scientists see this stubborn refusal to change in the face of evidence as an evolutionary hold over–like the appendix. They point out humans are not completely resistant to changing their mind. There is a threshold where the evidence mounts up and even a Danish politician would change her views. Good news if you think about it.

Like so many things, how you take our resistance to evidence, depends on your worldview. What the secular social scientist calls an adaptation, Christians might call evidence of the fall. Our sin causes corruption. Paul says this includes our thinking. In Romans 1 humans “suppress the truth in their unrighteousness” and becomes “futile in their thinking” until our “hearts are darkened (1:18-21)

The good news is that even in our darkened state, we are not left bereft and abandoned. As Paul says to the Athenians, this God has revealed himself with enough evidence to believe. Faith is not a leap in dark but a leap from it.Ω