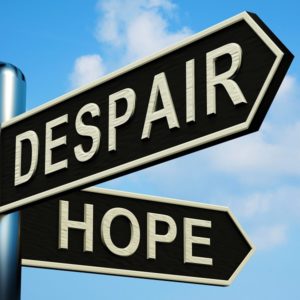 The internet and “Christian TV” today have become a great marketplace of religious ideas of all stripes, and people often do not know exactly who to trust. Just about every denomination and sect of Christendom is represented, plus, of course, every type of cult and false teacher. Unfortunately, cults and aberrant teachers do not generally identify themselves as such in their YouTube descriptions. You actually have to view the material offered before making this determination for yourself, and it can be very confusing. There are many good Christian programs offered, on “Christian TV” and YouTube, etc., but there is also a great deal of disinformation out there. Christians must know what is true before they can identify what is false.

For one example, there seems to be a fair amount of confusion among Christians these days regarding the Mosaic Law, tithing, Jewish feast days, etc. One question we get asked on a regular basis concerns Sabbath keeping. Are Christians required to keep the Sabbath? The question pops up often these days, but it is not really a new one.

Ellen G. White, the prophetess and founder of Seventh-Day Adventism, relayed in her work, “The Third Angel’s Message”:

It was represented to me that the remnant followed Jesus into the most holy place and beheld the ark and the mercy seat, and were captivated with their glory. Jesus then raised the cover of the ark, and lo! the tables of stone, with the ten commandments written upon them. They trace down the lively oracles, but start back with trembling when they see the fourth commandment among the ten holy precepts, with a brighter light shining upon it than upon the other nine, and a halo of glory all around it. They find nothing there informing them that the Sabbath has been abolished, or changed to the first day of the week.

We have no way to verify if she actually had some sort of vision or invented this story out of whole cloth, but we do know that biblical teaching refutes her vision’s claims on at least three points. First, the Sabbath was given to Israel in Exodus 16:23-26, which means it was given prior to the giving of the Law. Why is that important? It explains something about the wording of the Fourth Commandment in Exodus 20:8, “Remember the Sabbath day, to keep it holy…”  God is not giving a command to individuals of all time to keep the Sabbath day, but is pointing back to Exodus 16:23-26 as a reminder of when He first gave this command to the nation of Israel. “Remember…”

Second, Sabbath keeping is something special between God and Israel. A friend recently sent me a little booklet, The Sabbath Question: Explained. The author keys in on what the Sabbath represents in God’s relationship to Israel. He cites what God said to Israel in the book of Ezekiel and comments:

In Chapter 20, Verse 8, we find a brief history of Israel’s sojourn in the Land of Egypt. But notice Verse 9 states that God took Israel out of Egypt, while v10-11 state that God brought Israel unto Himself, where he gave them His statutes and judgements. But notice V12 states: “Moreover also I gave them my SABBATHS, to be A SIGN between ME and THEM, that they may know that I am the Lord that sanctify them”. Where was this? In Sinai, of course.

God seems clear that the Sabbath was given as a covenantal sign to the Nation of Israel – “I gave them my SABBATHS, to be A SIGN between ME and THEM.” This is not unlike the sign of circumcision which God gave to Abraham and his physical offspring as a seal to His promise to Abraham (Romans 4:11). Likewise, the Sabbath was given as a sign of the special relationship between God and the nation of Israel, which would bring to their remembrance that He supplied all their needs. In Exodus 16, He provided manna for them and miraculously preserved it so they would have sustenance on the day set aside to rest in Him. To be consistent, if Christians must keep the Sabbath, they must also be circumcised, since circumcision was also mandatory, but again both were signs between God and Israel.

As a side note, Bill Gothard and the Institute in Basic Life Principles did make that very claim in their booklet on circumcision for about 30 years. The booklet included a Christian circumcision ceremony, and featured a certificate of circumcision suitable for framing. Why anyone would frame such a document or where they might suitably display it is anybody’s guess. The Apostle Paul went up to Jerusalem to meet with believing Jewish leaders, to secure the Christian’s freedom from Jewish obligations under the Law, specifically at that time the Jewish rite of circumcision.  He writes in Galatians 2:3-4:

Yet not even Titus, who was with me, was compelled to be circumcised, even though he was a Greek. This matter arose because some false believers had infiltrated our ranks to spy on the freedom we have in Christ Jesus and to make us slaves. (NIV)

Someone was trying to enslave the Christians and force upon these Gentile believers the obligations that were a sign between God and the Nation of Israel.  Paul continues in verse 5:

We did not give into them for a moment, so that the truth of the gospel might be preserved for you. (NIV)

Paul states in Galatians 2:14 that even Peter was influenced by the false teachers who had crept in.

When I saw that they (Peter and other Jewish believers) were not acting in line with the truth of the gospel, I said to Cephas (Peter) in front of them all, “You are a Jew, yet you live like a Gentile and not like a Jew. How is it then, that you force Gentiles to follow Jewish customs? (NIV)

The truth of the gospel is that believers are free from the law, and from the obligations of the covenant between the Israelites and God. A basic rule of thumb here is that if something is a specific sign between God and Israel, it is not for the Church, which is the Body of Christ.

Third, Ellen G. White’s so-called vision claimed, “…informing them that the Sabbath has been abolished, or changed to the first day of the week.” Of course, if the Scriptures are ignored, that statement may seem valid. However, the Apostle Paul tackles this issue in Romans 14:5-6:

The Apostle here is making two cases. First, the keeping of a special day is not mandatory for believers. Second, if someone chooses to honor one day over another, they have liberty in Christ to do so. In both cases, honoring God in liberty should be the central focus. The Apostle Paul weighs in again in Colossians 2:16-17 where he calls the obligations of the Law “…a shadow of the things to come, but the substance belongs to Christ.”

Therefore let no one pass judgment on you in questions of food and drink, or with regard to a festival or a new moon or a Sabbath. These are a shadow of the things to come, but the substance belongs to Christ. (ESV)

There are two elements of the faith that are especially difficult for non-believers and believers to grasp. Our salvation is by grace alone (God’s kindly attitude toward the undeserving) through faith alone (belief that what God said is true and embracing that) in Christ alone (Christ’s death, burial and physical resurrection paid the penalty of our sin and secured our future resurrection). Non-believers cannot fathom the idea that we are not required to contribute to our salvation, and that, in any case, we have absolutely nothing to offer to pay for our sins. Some believers even struggle with this.

The second thing concerns our sanctification, which also is only accomplished by grace alone through faith alone in Christ alone. God is not only the One who secures our salvation but He is also the One who cleans us up and brings us to maturity.

Christians can just look at themselves and see that they have not attained righteousness. Many live in an agony of self-reproach, working hard to sanctify themselves, and living in great fear of “falling from grace.” But friends, “falling from grace” does not mean what it is popularly thought to mean! Falling from grace can only be accomplished by putting ourselves, or allowing others to put us, back under the law.

In Galatians 5:4-5, Paul tells us exactly what it means to “fall from grace:”

You have been severed from Christ, you who are seeking to be justified by law; you have fallen from grace. For we through the Spirit, by faith, are waiting for the hope of righteousness.  (NASB)

Righteousness is wholly from God! A gift! We attain it by faith. And we wait for it, because our promised righteousness cannot be fully realized in us until the time of our redemption. Law keeping is a futile exercise, and no one is justified or sanctified by the works of the law.

And I am sure of this, that he who began a good work in you will bring it to completion at the day of Jesus Christ. (ESV)