As It Turns Out 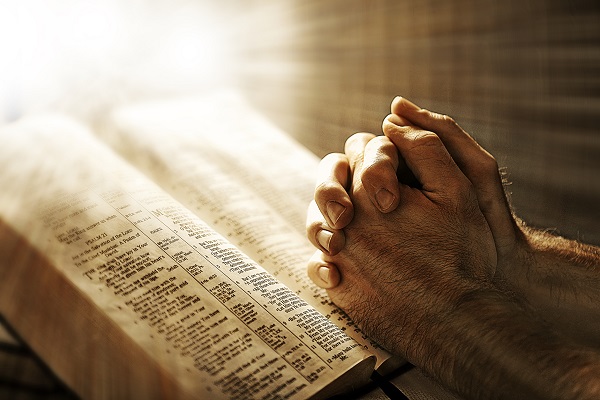 From time to time, I think about the prayer warriors that God put in our lives in the past. Some of them have gone home to be with the Lord, and we have to admit we really miss the intercession they provided on a regular basis. In many cases, the intercession was happening without our immediate knowledge. For example, when we met at age 15, I was not a believer. “As it turns out,” Joy’s grandfather Albert, unbeknownst to either one of us, began praying regularly for me. He didn’t simply pray that I would come to the faith but that I would become a pastor! He so greatly believed God would honor his prayers that he purchased some Bibles and commentaries and squirreled them away, waiting for the day when I would need them for ministry. About six years later, after I came to the Lord, Albert showed up at a family picnic with a box of Bibles and commentaries that he gave to me. I didn’t learn until sometime later about his secret fervent intercession. Albert passed away in the 1970s, but, “as it turns out,” here I am 44 years later, a believer who has been actively engaged in ministry for over two decades, as result of a prayer warrior whom God had raised up behind the scenes. Pretty amazing.

Joy’s mother, Juanita, was another one of our prayer warriors, likely the most dedicated of all, as mothers tend to be. We really depended on her – even more than we knew – because her prayers were fervent and powerful. Christians do not lead problem-free lives – we had the usual amount of difficulties and frustrations in our lives – yet somehow, “as it turns out,” we always made it past them. It is still amazing to us how the solutions to individual problems showed up, “as it turned out,” just in time. Ever notice that in your life?

Of course, there are many others. Two older couples in our church, Oscar and Nannie Johnson and Bob and Helen Farnham, took an interest in our lives and ministry, and kept us regularly in prayer. Oscar, Nannie and Bob have all gone home to be with the Lord, but Helen is in her 90s. What a blessing they have been in our lives! They shared a few things in common: They each had a deep commitment to God. They really loved Joy and me. They had a passion for reaching the lost. And they had a commitment to this ministry to which we were called. Furthermore, “as it turned out,” we’re still at it.

The importance of prayer warriors cannot be overestimated. Nearly every time God has allowed us to lead someone to the Lord, we have later discovered, “as it turns out,” he or she had a fervent prayer warrior in their lives who was lifting them up in prayer on a regular basis. Quite a few years ago now, we worked with a couple that had been Jehovah’s Witnesses for a very long time. The wife had been a Jehovah’s Witness for 24 years, and her husband had been a Jehovah’s Witness for 35 years. She was suffering from serious depression (a condition not uncommon for long-term JWs) and in desperation called our JW helpline number, which had been published in the local paper. She was quite scared, and at first, was unwilling to give Joy her name, but she talked for a while, and finally was willing to receive information about JWs in the mail. Within a very short time, she and her entire family left the Watchtower and accepted Christ.

The story gets even more interesting. The reason we had become involved in reaching out to JWs in the first place was that Joy had joined a women’s bowling league, and, “as it turned out,” a good number of the women on that league were JWs. Joy came to care deeply about some of these women and wanted to share the gospel with them, but she did not even know what JWs believed. To make a long story short, she bought every book and/or cassette tape on the subject (of JWs and essential Christian doctrine) that she could find, and then we contacted the ex-JWs we saw on Christian TV to fill in the holes in our knowledge. It was these ex-JWs, now in ministry themselves, who encouraged us to set up a JW helpline where JWs could call anonymously to get help. (JWs are terrified of voicing their doubts and fears to anyone. They fear that the Society will somehow find out about their “apostate” thoughts, resulting in their being shunned and losing any chance to be saved in the end—no matter how many doors they may have knocked on.)

“As it turns out,” the JW woman who called the helpline was one of the women that Joy was bowling with, and was the very person who had persuaded the Jehovah’s Witness women to join the bowling league in the first place. As we were discipling that woman and her husband, we discovered the husband had, “as it turns out,” an elderly Baptist aunt, who lived in another state, who had been praying for him and the family for 35 years. God used us to answer the prayers of two prayer warriors, far apart and unknown to each other. The God Who answers prayer intertwined them in a very interesting way. Grandfather Albert prayed for my salvation and calling to the ministry while an Aunt who loved her JW family was praying for their salvation. Years later, a JW woman, whose husband’s aunt was praying for them, persuaded other Jehovah’s Witness women to join the bowling league where Joy met them and, “as it turns out,” became passionate to reach them. The answer to Albert’s prayer was our getting involved as missionaries to cults and non-Christian religions, which came about as a result of Joy’s acquaintance with Jehovah’s Witnesses women who the prayed-for JW woman had persuaded to join a bowling league. Yes, it’s complicated, but in a good way. A skeptic could believe that these things are not connected at all; but, “as it turns out,” we are not skeptics; rather we are believers and have seen such “coincidences” occur time and time again.

The word prayer or some form of it occurs 316 times in the English Standard Version of the Bible. In Romans 12:12 the apostle Paul wrote “be constant in prayer.” He makes a similar statement in first Thessalonians 5:17 when he writes, “pray without ceasing.” “Prayer without ceasing” is a bit like whooping cough, in that as you go about doing other things, you might break out into prayer at any moment.

Are we the prayer warriors for others that former generations were for us? Are we praying for our young (or any age) family members and our friends, and are we remembering to care and pray for people at our churches? I pray that we are.Ω