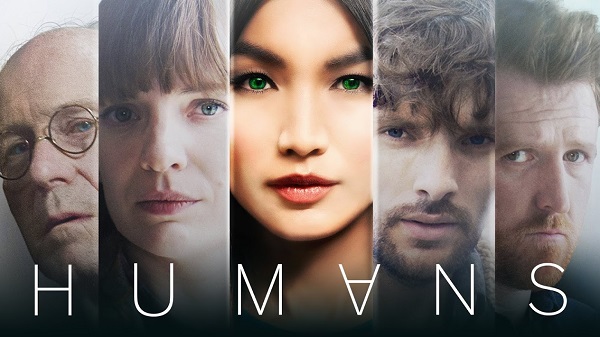 What does it mean to be human? Are we merely physical beings with sentience (the ability to perceive or feel things) due to electrical activity in our material brain? When we breathe our last, and our material brain dies, do we simply cease to exist? This is a question which has been pondered by philosophers, included in plays, and debated by theologians. It has also been the stuff of which many films are made.

There is, of course, The Terminator franchise. In The Terminator series, human beings create humanoid machines with AI (Artificial Intelligence). In course of time, these “robots,” vastly superior to frail humanity in strength and durability, achieve sentience. They want to live – and rule. They soon evolve beyond human evolution and go to war with the human race, with the intention of eliminating their makers from the face of the earth.

The Island , a 2005 film starring Scarlett Johansson and Ewan McGregor, tackles the issue of what it means to be human. Is a clone a separate individual person – or merely an extension of the original material being, to be used as spare parts? More importantly, at least for this blog, can a person’s essence – their memories, experiences, and personality, be passed on genetically through cloning? What makes me me?

We were in Plano, Texas last week for the annual conference of the International Society of Christian Apologetics. Dr. Christopher Haun did a workshop on the need to draft a statement of ethics, considering humanity’s current push towards Transhumanism.

Many new technologies have greatly benefited human life, but some thinkers and business leaders see Transhumanism as a way to “greatly enhance human intellectual, physical, and psychological capacities.”1https://en.wikipedia.org/wiki/Transhumanism:

The most common transhumanist thesis is that human beings may eventually be able to transform themselves into different beings with abilities so greatly expanded from the natural condition as to merit the label of posthuman beings2https://en.wikipedia.org/wiki/Transhumanism.

We did a webcast on the question of “What Is Transhumanism and Why Should We Care?” about a year ago, and, as is often the case, many are unaware of things that are going on in the world of technology.

The recent British series, HUM∀NS, which just completed its second season on AMC, also deals with these issues. One scientist, whose daughter is in a coma, tries to download her into a computer in hopes of transferring her essence, her personality, her real self, into a new “synth,” a humanoid machine which looks human. Inevitably, someone hacks into the synth program and bestows sentience to some of the machines. And naturally, once the “synths” become self-aware – become thinking, feeling entities – they desire freedom and self-determination. Like the humanoids of the Terminator series, some are beginning to rebel against their makers. Again, the question: What is a person? If you could somehow infuse a machine with knowledge, or other supposedly human traits, would that make it a human being?

Do human beings have a soul, an immaterial self, which inhabits the body and uses the body and brain to interact with the material world – but continues to exist when separated from the body?

The Watchtower Bible and Tract Society (Jehovah’s Witnesses) is crystal clear that you and I don’t have a soul but that we are a soul. In other words, Jehovah’s Witnesses are physicalists. We are, according to their teaching, nothing more than a physical, material being. Our personality, experiences, memories – everything that makes us, us – are recorded and retained in our physical brain and to some degree our blood. This recorded data is what the Watchtower calls a “Life Pattern,” or LP. Additionally, we have something they call a “life force,” which is like electricity. The life force enables us to move and powers our brain and bodily functions – but does not take on any of our personality or characteristics. Incredibly, one of the reasons they have opposed blood transfusions is because the recipient may get part of the personality and memories of the donor through the blood. How awful it would be to receive the blood of a murderer?

According to Watchtower dogma, when we die, we go completely out of existence. Forever. However, much like as is portrayed in The Island, God created a being which looks identical to the original – a copy, a clone.  Of course, the Life Pattern, which was stored in the body and blood of the original person, was regrettably destroyed forever with all the original information along with it. Well, Phooey!

Luckily for the faithful JW, their god Jehovah had kept a copy of the original person’s LP stored in his own brain! Yay! Like the scientist in HUM∀NS, Jehovah (NOT the God of the Bible) makes a copy of his copy of the original person’s LP and downloads it into a newly minted body. Then Jehovah powers it up with a little life force juice, and the clone replacement comes to life, fully equipped with memories of things he never did, likes and dislikes he never chose, and embraces a wife and children that are mere clones, just like he is. He never married that woman, but then, she never married him either! They never sired or gave birth to those clone kids, though they have memories of giving birth to children who looked like these kids. It’s a science fiction “resurrection.” The husband, wife and children have never lived – they just remember someone else’s life. It’s not a very good deal spiritually, either! The clone/copy is rewarded for the real JWs hard work here on earth. YOU, the faithful JW going door to door, and following all the rules, are gone. Please Mr. and Mrs. JW, tell me – what do YOU care what your clone is enjoying when YOU are gone? Out of existence. FOREVER. Oh, and even your clone won’t meet the Jesus that died on the cross, because, it turns out, he’s a clone also! “Clone Jesus” never lived and never died – he never did anything for anybody! “Real Jesus” is, as you might have guessed, FOREVER DEAD (For more information on this see our article, ““The Resurrection: Watchtower Style”).

Scripture teaches something else. We find in Scripture that we are not merely physical beings. We are more than information or data stored in a material brain and body. Death is not cessation of existence. Death is synonymous with separation. For example, God told Adam and Eve that in the day they ate of the forbidden fruit, they would die. Yet, after they ate the fruit, they continued to exist, but were immediately separated spiritually from God. Ephesians 2:1; 2:5 and Colossians 2:13 tell us that we all, as their progeny, are dead in trespasses and sin – yet we are walking around, making decisions, having relationships, etc. We are physically alive, but separated from God. But when God, though the sacrifice of His Son, forgives us and makes us His children, we are no longer dead in our sins and will never be separated from God again, even if our mortal bodies should die.

So, what happens when we breathe our last? Our spirits are separated from our body. It is a temporary separation, for the body will be resurrected and the spirit will rejoin the body either for eternity with God or an eternity separated from God.

In John 2:18-22, the Jews were seeking a sign from Jesus to substantiate His claims to deity. He answered them, “Destroy this temple, and in three days I will raise it up.” They thought He was talking about the temple in Jerusalem, but John points out that Jesus was referring to the temple of His body. This little nugget of Scripture imparts some great information. First, although Jesus was separated from His body for three days, He did not go out of existence. His essence did not die. Second, Jesus said that He would raise His own body. One thing is certain – you have to exist to raise yourself from the dead! The resurrection of Jesus was the reuniting of his physical body with his spirit.  The same is true with our own resurrections, except of course we do not raise our own bodies from the dead.

This is another real gem. It informs us that the spirit can obviously exist outside of the body, since Paul said he didn’t know if he was in his body or not when he was caught up to the Third Heaven. Obviously a “Person” can either be IN a body or OUTSIDE of a body, but he or she is NOT the body! Our spirit IS our essence! Nothing of “US” is lost when our spirit is reunited to our resurrected body.

Eventually, all of us will be separated from our physical bodies until we are resurrected to either eternal torment or eternal life.

He is risen! And so shall we all be…Ω