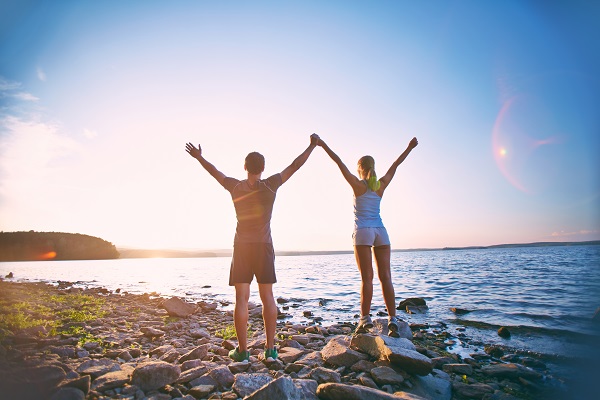 From time to time we receive calls from individuals inquiring as to how they might become part of a ministry like this. As we talk with them, it often turns out that their vision of counter cult ministry is speaking in churches on issues of cults, other religions and discernment. Teaching in churches is a very important part of the ministry, but it is only one part. Some do not realize that long hours of research, reading, and responding to questions via email and telephone comes with the territory. They also often have the expectation that they will be leading JWs, Mormons and others to the faith in Christ nearly every week. We wish that were the case, and we are glad that their heart’s desire is to free the captives, but we have to point out that this is an unrealistic expectation, as cultists are deeply rooted in their groups, and very emotionally connected to them, and cannot easily be pulled away. Lots of time must be given over to preparation – seeking to gain a deep understanding of what the group teaches and how it impacts the followers. We believe it is important to learn everything you can about the group and its teachings, so that we can “swing from any tree” that presents itself in an encounter with a cultist. This is because the cultist is very adept at swinging from tree to tree to escape any difficult line of argument. You start out talking about the deity of Christ, and have all the bible passages on that subject ready to go, but soon find yourself being attacked on the pagan roots of holidays, or why it’s wrong to vote or serve in the military.

So, you have to know your stuff, and it really helps to know the history of the group, so you can undermine their TRUE authority. This education requires time and effort. And then, IF the meeting goes swimmingly, and you know you have done a good job presenting truth, often they will still walk away convinced (outwardly at least) they are right, and you are one of Satan’s minions. That can be frustrating. There is a very high burn out rate in this type of mission. The average person drops out after about 2 years. It largely is a problem of focus and expectations. As a missionary to the cults, you have to accept that what you are doing is planting seeds in the person’s mind – seeds which may sprout after a time, or be further nourished and watered by the witness of others. To be honest, many times you have no further knowledge of the person you’ve met with. You do not know what fruit your meeting may have produced. You must simply commit your efforts to the Lord. And of course, pray for the person you met with, that the Holy Spirit will bring to his mind the things he heard and bring other knowledgeable Christians into his path. Most cultists are walking around with a miserable cloud over their head – they know that if they are only to be saved by their own efforts and good works, they simply are not making the grade. There is no grace in their lives.

But, whether they choose to listen to us or not, our efforts will often bear great fruit in other areas. For example, we get many calls from people whose family members have been drawn into a cult. Often, these family members are not Christians, but are willing to take any help we can give them. And very often these people, through our conversations with them, become believers. This may not seem as glorious, or as cool as winning deeply entrenched “hardened” cult members to Christ in one sitting, but no, it IS glorious to us, and VERY cool.

You see, quite frequently non-Christians who call us are also counting on their own efforts and good works to get them into heaven. So, when we tell them that their family member or friend is counting on his own efforts to appease God and get them into heaven (or Paradise earth or whatever) it often occurs to them that they are doing the same thing! They are trying to live good enough lives to secure God’s love, thinking that He grades on the curve. If their good deeds sort of outweigh their bad, in their estimation, and if they compare their own lives to a Hitler or a John Gacy, they may see their prospects of getting into heaven as pretty good. But with their ears open to what we have to say, we have the opportunity to tell them the gospel – that God is righteous and must judge sin, that He does not grade on a curve, and that a human being’s piddling efforts will never get them into heaven – BUT that God loves them and offers them grace and the free gift of salvation if they will believe on His son.

Similarly, people are often counting on their own church affiliation to get them into heaven. They’ve been baptized, they’ve been confirmed, they take communion, and even give money to their church. That is their ticket, they think. So, when we tell them that their son or daughter is counting on their affiliation with the cult to save them, it strikes a chord within them. It dawns on them that perhaps Church affiliation won’t save anyone, any more than cult affiliation will. So now we can tell them Who will save them, if they will only receive Him. You see, you can say an awful lot to people while your teaching them about a cult or another religion. Their self-defensive guard is down, because you are, after all, talking about someone else in a different group. But it can hit home, and open their eyes to their own need.

By the way, this is something that can be used in many other settings. If one is speaking to their unbelieving hairdresser or friend about the Jehovah’s Witnesses or another cult – how that cult members sadly believe they can be saved by their own good works – you may open up their hearts to the gospel, and plant a few seeds while you’re getting a trim! Unless they are a dyed-in-the-wool atheist, and very few people actually are, they are probably riding the “works trolley” too, to some extent, seeking admission to heaven by being good, or at least better than really bad people. You are giving them something to think about.

There are other ways in which one’s research and education is very useful to the body of Christ. We get calls all the time from people with thorny doctrinal questions, or who may even be doubting the faith. Oftentimes, we can help them solve the issue, or recommend books that will answer their questions. This may seem like a small thing to some, but it really is not.

It is the same principle whether one is a counter cult minister, a Sunday School teacher, or someone who makes it their business to care for people in various ways, who may not even be recognized by others for all they do. The small things are often very big things in the eyes of God! Who looks out for the lonely? Who visits the sick? Who sees to the poor? Who refuses to judge others based on outward appearance or social standing? Lots of Christians do – people who may be unsung heroes, but whose efforts of love do not go unnoticed by God.

All that we do, whether seemingly small or great, we should do as to the Lord. He will see to the outcome.