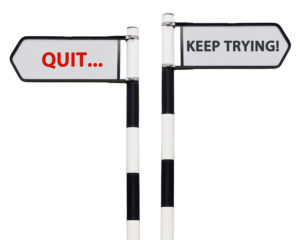 These days, it can be a real challenge to live above the darkness that seems to be descending upon the whole world. Right is wrong in our world, and bad is good. Christians are being hated and attacked for our beliefs. Of course, hatred of Christians has been the norm in many places for centuries, but it is a rather new thing to American Christians. Maybe Christians were teased, perhaps made fun of–  but hatred? The vitriol can be unnerving. It as if we are living in a Bible passage:

But mark this: There will be terrible times in the last days. People will be lovers of themselves, lovers of money, boastful, proud, abusive, disobedient to their parents, ungrateful, unholy, without love, unforgiving, slanderous, without self-control, brutal, not lovers of the good, treacherous, rash, conceited, lovers of pleasure rather than lovers of God – having a form of godliness but denying its power. (2 Timothy 1-4 NIV)

As we watch the cultural and political war that is taking place – the name calling, the misrepresentations, the “fake news,” and the utter lawlessness can seem overwhelming at times. Divisions between friends and family members can bring a very real sense of loss. All of this takes its toll even on Christians, or perhaps especially on Christians, since we desire to be peacemakers. Yet, Jesus told us that there would be division, even among families, because of Him.

Do you think I came to bring peace on earth? No, I tell you, but division. From now on there will be five in one family divided against each other, three against two and two against three. They will be divided, father against son and son against father, mother against daughter and daughter against mother, mother-in-law against daughter-in-law, and daughter-in-law against mother-in-law.  Luke 12:51-53

Yes, this division has been going on throughout all the centuries since Jesus said this, but since the Civil War in the 1860s, Americans have not experienced such awful family division as we seem to be experiencing today. And this battle is engulfing and undoing many friendships as well.

I think most people assumed that things would “settle down” once the election was past, but in fact, relationships are just as strained as before the election, if not more so. If you know your American history, you’ll remember that it was the election of Abraham Lincoln in 1860 that touched off the Civil War. Hopefully, that history will not be repeated in our time! What we can say for sure is that politics and politicians are not going to put Humpty Dumpty together again. That said, we should be praying diligently for our nation’s leaders.

The fact that the terrible rancor just won’t go away, and in fact seems to be getting worse, is very unsettling to people who want to live their lives in peace. We don’t like war – we don’t want war – yet this war seems to want us. As Christians, we have some choices to make. We can put – or keep – our heads in the sand and pretending that all is well, but that seems to be getting harder and harder to do as time goes on. The war is going on even under the sand, it seems!  However, just because we cannot escape from this world, we can perhaps take time out from social media and news programs and rest awhile. There is a time to unplug, to deliberately “change the channel” of our thoughts, and contemplate other things.

And we should seek peace with others, as much as possible. We think of Paul’s words in Romans:

We are not to repay evil for evil, but leave our grievances and hurts in God’s capable and righteous hand. In fact, we need to leave it all in God’s hands, knowing that what is happening is not taking Him by surprise, and that everything that happens will work out His plan on this earth.

But how do we deal with our feelings about it? How do we deal with the pain of rejection and the anger that is stirred within us because of this strife? It hurts to be belittled and rejected by one’s family and friends. We see this in counter cult ministry all the time. People are coldly cut off from family and friends when they choose Jesus over the group they have been a part of. It’s probably the worst part of leaving a cult, the loss of people you hold dear. The first thing we should do to people who reject us is to love them anyway. Love them, even if it is from afar, and pray for them.

It helps to know that what we are not alone in how we are feeling, and what we are experiencing. Many of us are dealing with the same feelings right now. We need to comfort one another. Few seem to realize that the Apostle Paul, to whom Christ appeared, who received revelations, who wrote most of the New Testament, struggled with depression. More to the point, he mentions it in Scripture:

But God, who comforts the depressed, comforted us by the coming of Titus; (2 Cor. 7:6)

God does not punish the depressed – he comforts the depressed! He often uses other people to accomplish this purpose.  I guess God knows we are not going to be “hap hap happy” all the time. There is a place for sadness.

Lastly, as Jan Markell of Olive Tree Ministries often says, “Things are not falling apart – they are falling into place.” Maybe we should begin in earnest to look for “the appearing of the glory of our great God and Savior, Jesus Christ.”

God is in full control. We can rest in that assurance.  And in this assurance: