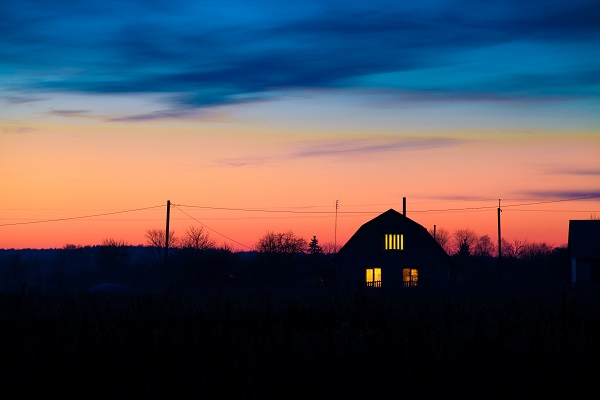 Although the US Presidential election was nearly a month ago, it seems many are still in shock. The political pundits continue to scratch their heads, trying to figure out what happened. Before the election, Leftists were very concerned that if Hillary won, Trump and his supporters would not accept the results. Seems almost funny now.  Conservatives, it was thought, would be rioting in the streets. At least one Leftist magazine already had the cover ready announcing the chaos which conservatives, Hillary’s “basket of deplorables,” would be wreaking on the nation. (It should be noted that almost all conservatives would be considered by the left to be part of “the deplorables,” whether they supported Donald Trump or not.)

As we all know now, Donald J. Trump won the election and it is Leftists who refuse to accept the results. Puppy therapy, cry-ins and counseling were made available for traumatized Leftist college students. College exams were canceled or made optional, so that the children could mourn – and protest. Protest marches, which in many cases blocked traffic and turned into riots, cropped up in large liberal cities across the nation.

Statistics were and continue to be analyzed in various demographics. A fairly high percentage of Evangelicals voted for Trump (82%), while some did not. Perhaps surprisingly, Hispanics voted for Trump in a higher percentage than they did for Mitt Romney in 2012. More Blacks voted for Trump than the pundits had thought possible. Scott Alexander points out in, “You are Still Crying Wolf”, that there was only a slight increase in white voter turnout for Trump – so much for the huge supposed “White lash.” Alexander comments:

I have a different perspective. Back in October 2015, I wrote that the picture of Trump as “the white power candidate” and “the first openly white supremacist candidate to have a shot at the Presidency in the modern era” was overblown. I said that “the media narrative that Trump is doing some kind of special appeal-to-white-voters voodoo is unsupported by any polling data”, and predicted that:

If Trump were the Republican nominee, he could probably count on equal or greater support from minorities as Romney or McCain before him.

The same is true with women voters, college educated voters, and most other demographics. But why? How could the prognosticators, from the left and the right, have missed this so badly? We would suggest it is because they missed a group. As we see it, some portion of these vaunted demographic groups belong to a group known as “Middle America.” “Middle America” is not made up of one race or sex. They have something in common that ended up trumping other issues. The day before this election, Joy wondered, in light of the past two Presidential elections and the huge cultural changes that have resulted, if “Middle America” still existed. I suggested they did, and would show up and let their voices be heard in this election. And they did. Who or what is “Middle America?” For those who haven’t read our 2002 Journal article, “America At War With Herself”, we will explain and expand on the description a bit.

Middle America is not geographical, or at least not limited to geography. It is not fly over country between two Leftist dominated coasts. It is a way of thinking, a way of living, and a way of behaving. Unlike Leftists, Middle America does not divide itself into separate ethnicities, separate genders, separate religions, although they do of course recognize that all of those exist. Middle America is made up of Evangelicals, Roman Catholics, Fundamentalists, Jews, Muslims, Mormons, other religions and yes, even atheists. It is made up of Blacks, Whites, Hispanics, Indians, and most other nationalities. It comprises the college educated, high school graduates, and even dropouts. What unites them is that they have more in common with each other than they do with those on the left of same ethnicity, gender, educational level, sexual preference and religious persuasion. We were encouraged to read the thoughts of an “urban, millennial woman” who voted for Trump in “Liberals Should Stop Ranting And Seek Out Silent Trump Voters Like Me.” The entire article is worth reading as she has moved from the Left and become a “Middle American” in an urban setting:

I understand that the liberal worldview is very compelling. I, too, used to strongly identify with the left-wing agenda. But now, I think it distances us from what it truly means to do good deeds and be good people. I have come to the conclusion that for many, possessing liberal views is sign of privilege.

“Middle America” is called that because they are in the middle! “Middle America,” as a group, is not overly committed to the ideology of the right or the left. They want to live their lives, unmolested. They are busy working their jobs, providing for their families, saving for vacations, sending the kids to college, and trying to provide for their retirement years. When an anti-abortion radical blows up an abortion clinic or kills an abortion provider, (which is extremely rare, we point out – almost non-existent) “Middle America” shifts left. On the other hand, when radical leftists attack flag displays or the Pledge of Allegiance, rudely disrupt their enjoyment of non-political sporting events, encourage riots and arson, thereby harming innocent people, defend criminals, attack police – and block traffic so average working Americans cannot get to work or go about their daily lives, “Middle America” shifts right. These scenarios have become all too common in today’s America over the last 8 years under leftist dominance.

Middle America does not like radicalism, especially violent radicalism, and they have been assaulted with a steady diet of radicalism for years now. “Middle America” has been called “The Silent Majority.” That is because they often do not publicly say what they are thinking. They don’t rise up and violently oppose rioters and mayhem – it is not their way. But they do watch. They see. And, they make check marks in their minds when radical activists are grabbing news headlines. Leading up to this election there were the riots in Ferguson, MO. Check. An increase in shooting police officers. Check. The Supreme Court redefined marriage by judicial fiat and forced States to issue same gender marriage licenses. Check. Middle America sees a male Olympian hero change himself into a “woman,” and they do not say much in public, but it just does not line up with their common sense. They see people who say they are really dogs, but Middle America has their doubts. They silently watch as groups of people “marry” the ocean. They think it’s a silly thing to do, but they do not express their opinion publicly. Much of Middle America frankly, does not care what people do in their private lives. But when the Obama administration and the entirety of the Left insisted that Middle America must agree with these things and even celebrate them, they made a note of it. Check.

The talking heads do not even know (or acknowledge) that Middle America exists and VOTES. The media is drawn to LOUD people acting LOUDLY, even rudely, and the media is on the side of the radicals, happily slandering anyone who disagrees with leftist causes labeling them as racists, sexists, Islamophobes, etc. Is it any wonder, then, that Middle America, which is not LOUD by nature, might prefer to remain close-mouthed on their real views?

We are not saying that “Middle America” is synonymous with Christianity, it is not. Concerning, for example, the left’s “LGBTQRSTUV” sexual revolution, Christians follow a deep theological formulation to arrive at their viewpoint on the matter:

“So God created man in His image, in the image of God He created him, male and female He created them” (Gen 1:27)

That’s it. But the Christian’s biblical worldview seems to be in the minority today. And, sad to say, even many Evangelicals do not hold to a biblical worldview. So, the chances of us ever being able to vote for a Franklyn Graham, say, are not good at this point. So, we can abstain from voting, or we can vote for the person we find least objectionable; more in line with our viewpoint. Maybe one who at least seems to love our country and promises to protect our children and grandchildren from terrorism. (Whether he will be able to is another question) Someone who does not hate Israel and seek her destruction. Someone who is not a globalist, and agrees with us on many other important issues, even though he may not be “one of us.” And huge numbers of Evangelicals joined “Middle America” and did just that. We believe that is the explanation for the “shocking” results of the 2016 election. At least from an earthly perspective. We acknowledge that although mankind uses his free will to act as he chooses, God is the One who ultimately raises up and deposes rulers for His own purposes.

The early Church, who lived under pagan Roman rule, were told to pray for those in authority over them. Our new President is going to need our prayers.

“First of all, then, I urge that supplications, prayers, intercessions, and thanksgivings be made for all people, for kings and all who are in high positions, that we may live a peaceful and quiet life, godly and dignified in every way.”  (1 Timothy 2:1-2)