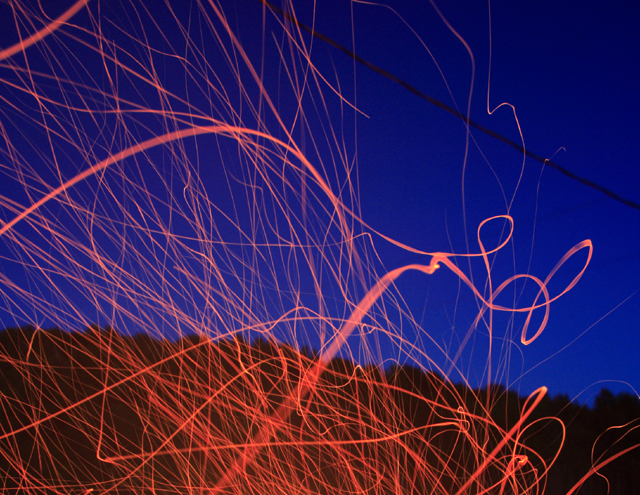 The just shall shine, and shall run to and fro like sparks among the reeds. They shall judge nations, and rule over people, and their Lord shall reign for ever. (Wisdom of Solomon 3:7-8)

You may be asking yourself, “Cool verse. But what is the Wisdom of Solomon?  I thought it was the Song of Solomon.” Well the Wisdom of Solomon is a book that was heavily quoted during the years Jesus was on the earth. Catholics consider it authoritative and you’ll find it in Catholic bibles. However protestants rejected it as apocryphal probably because the author and date are suspect. Any any rate, we can still gain something from it.

I love the image here. Sparks among the reeds. Some translations have sparks through stubble. The idea is the righteous will somehow be like sparks that fly through dry grass. It is likely an allusion to Daniel 12:3

Those who are wise[ will shine like the brightness of the heavens, and those who lead many to righteousness, like the stars for ever and ever.

You could take this language of luminescence figuratively. Those who lead others to righteousness “shine” or stand out from the crowd and display God’s goodness like a light. But I think there is reason to take this “Sparks shining” talk more literally. For one thing, the context of both the Wisdom of Solomon and Daniel 12 is the end of the age.  Here’s Wisdom 3:1-3

But the souls of the just are in the hand of God, and the torment of death shall not touch them. In the sight of the unwise they seemed to die: and their departure was taken for misery: And their going away from us, for utter destruction: but they are in peace. And though in the sight of men they suffered torments, their hope is full of immortality.

Notice the context is about the souls of the just who have died and their hope is immortality. Now Daniel 12: 1-2

At that time Michael, the great prince who protects your people, will arise. There will be a time of distress such as has not happened from the beginning of nations until then. But at that time your people—everyone whose name is found written in the book—will be delivered. Multitudes who sleep in the dust of the earth will awake: some to everlasting life, others to shame and everlasting contempt.

I will make a claim that both of these passages refer to the hope of resurrection. Specifically the resurrection of our physical bodies–what Paul talks about in 1 Corinthians 15:

Those of you who have ministered to Jehovah’s Witnesses have likely had to defend this passage from the claim that Paul is saying Jesus was resurrected only in a spirit creature, as if He became Jesus the friendly ghost. (See “The Resurrection:Watchtower-Style“). Nonsense. If anything resurrected bodies are more substantial. Paul’s language of resurrection is that it is our physical bodies with added properties! “Imperishable” is added. They are raised in power. They are raised in glory.

And when it comes to glory Paul falls back on the only things he can to describe them, astronomical objects (Sun, Stars, and Moon). No surprise given Daniel 12 above. One last bit of evidence that “shining” isn’t just metaphorical. Jesus’ body himself. Far from the Jesus the friendly ghost. His body can overpower Roman soldiers. It can seemingly (to the observer) appear and disappear apparently at will (John 20:26).

Can I be honest. The first time I really thought about Jesus’ resurrected body, I fell back on the only things I had to describe this. My comic books.  I started thinking of things like this 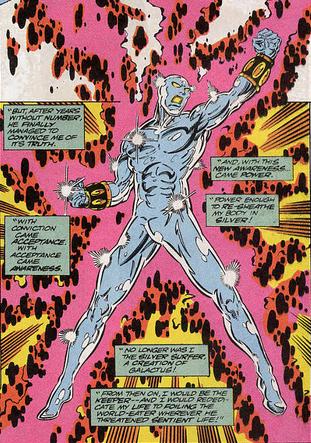 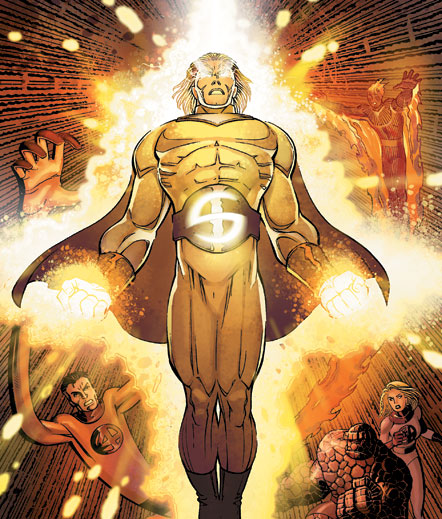 In other words, I go to the images of my culture. Pop-culture. I never understood why people who wanted to see Jesus’ resurrected body as less than substantial thought his new displays of power (like appearing and disappearing) somehow made that more plausible. I just thought post-resurrection, Jesus’ body had changed, something had been added. Sorta like when Silver Surfer above displays his new powers or this guy who glows with new power. (He’s the Sentry and an obvious rip off of a certain Kyrptonian with an stylized S on his chest, but that’s another blog) Jesus appearing and disappearing, cloaking himself so that others can’t recognize him and then revealing himself, and entering locked rooms and no one knowing how he got it, defying gravity (ascended into heaven), never struck me as “ghost-like” but more like a super-hero which was just fine.

My point is that it’s not that hard for me to imagine literal “shining like stars” and sparks through the stubble. My childhood prepared me for it perfectly. Resurrected bodies are somewhat like super-heroes with new powers. When the Wisdom of Solomon says that those resurrected beings will rule over nations. I have no problem imagining that. When C.S. Lewis says in the Weight of Glory that we must remember that the dullest most uninteresting person you can talk to may one day be a creature which ,if you saw it now, you would be “strongly tempted to worship,” that makes sense to me. I’m not founding any new doctrine. I’m just saying there seems to be more going on here than metaphor and symbol.

While I fully disagree with the Mormon idea that we will become gods in a celestial regime crossing the line between creature and creator, I do get why they make that leap. In resurrection, God is far less stingy with his glory than we might expect. Moses glowed after only spending a short time in God’s presence. And we don’t think Raphael was painting a metaphor of the glory of God revealed on the mount of transfiguration. 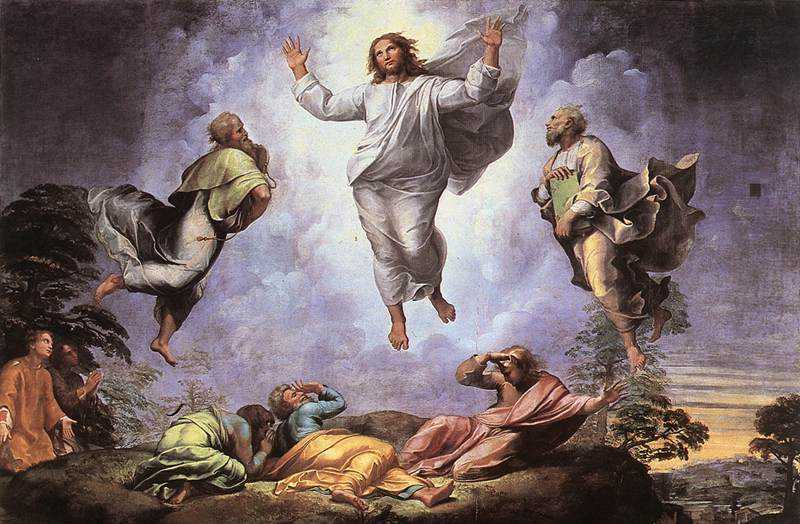 When Gary Habermas says that the disciples saw walking, talking eternal life when they saw the resurrected Jesus and that this was what they thought all resurrected people would be, I think we can assume that means, something far more spectacular than some ghostly existence.

Dear friends, now we are children of God, and what we will be has not yet been made known. But we know that when Christ appears, we shall be like him, for we shall see him as he is.