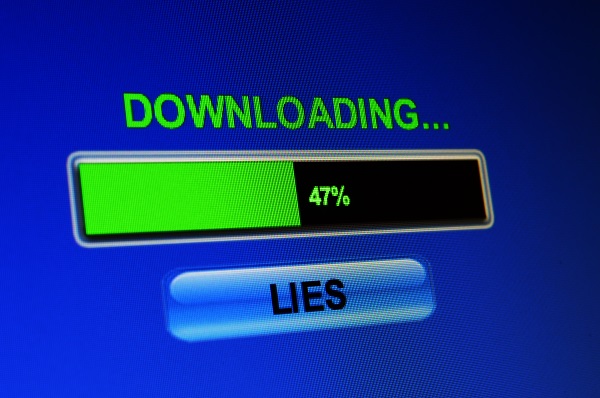 “A text without a context is a pretext.” This is something we learned very early on after becoming Christians. This applies to any literature – a novel, a newspaper, the Constitution and yes, certainly the Bible.

Cults, false religions, and deceivers of all types take snippets of material or frame questions in ways which seem right only because they are twisted out of their context. It happened in the First Century with the writings of the Apostle Paul. Peter warns and alerts his readers of the problems and consequences in 2 Peter 3:15-16:

…as our beloved brother Paul also wrote to you according to the wisdom given him, as he does in all his letters when he speaks in them of these matters. There are some things in them that are hard to understand, which the ignorant and unstable twist to their own destruction, as they do the other Scriptures.

Things haven’t changed much – this still goes on today. People today have made a very popular catch phrase out of Matthew 7:1, to claim that Jesus instructed believers not to ever make judgements of any kind:

Judge not, that you be not judged.

It is perhaps ironic that the people who use this verse to bludgeon Christians are judging Christians for being judgmental! As we look at the context, however, we quickly discover that Jesus is not saying we shouldn’t make judgements, but to make judgements righteously. Use the same standard for others as you use for yourself, and be very careful in finding fault with your brother. But to say that one should be careful to judge with righteous judgment is very different from saying one should not judge at all. In fact, a few verses later (Matthew 7:15), Jesus tells his listeners to:

Beware of false prophets, who come to you in sheep’s clothing but inwardly are ravenous wolves.

How can we “beware” of something we are not allowed to judge? That’s just silly. It requires judgment to recognize and avoid a false prophet.

Many cults use a later section of this same chapter in Matthew to prove that not all who claim to be Christians are Christians, for the purpose of casting aspersions upon your faith:

Not everyone who says to me, ‘Lord, Lord,’ will enter the kingdom of heaven, but the one who does the will of my Father who is in heaven. (Matthew 7:21)

Now, we know they are not doubting themselves or their own group. They are intimating that you are not a true Christian and your church is not Christian. The group that they represent are the REAL Christians, as determined, so they think, by their “fruit,” the supposed good works that they do. It is true that not all who claim to be Christians are Christians, but Jesus’ point, as shown by the context, is that many who claim to be Christians are, in fact, false prophets. Jesus tells us plainly that he is referring to false prophets in Matthew 7:15:

Beware of false prophets, who come to you in sheep’s clothing, but inwardly are ravenous wolves. You will know them by their fruits. (NASB)

In context, WHO will we be able to recognize by their fruits? Christians? NO! False Prophets! The fruit of an apple tree is an apple – the fruit of a “false prophet tree” are false prophecies! What do these false prophets look like? The false prophets will “come to you in sheep’s clothing.” They will look like Christians! The “fruit” Jesus talks (v:16) about are not their Christian-y works, their theocratic haircuts, or the fact that they carry Bibles – but their prophecies. In accordance with Deut. 18, which tells how one can recognize a false prophet – something the Jewish hearers of the teaching of Jesus here would be very familiar with – it is their prophecies that must be tested and judged true or false. We cannot look upon anyone’s heart, but we can judge what the veracity of the prophecies of the person or group:

But the prophet who speaks a word presumptuously in My name which I have not commanded him to speak, or which he speaks in the name of other gods, that prophet shall die. You may say in your heart, “How will we know the word which the LORD has not spoken?” When a prophet speaks in the name of the LORD, if the thing does not come about or come true, that is the thing which the LORD has not spoken… (Deuteronomy 18:20-22) (NASB)

There is another test for a false prophet given in Deuteronomy 13, verses 1-4, regarding the false teachings of false prophets. If a person or group arises, claiming to be God’s prophet, and shows “signs and wonders” that appear to come true, yet his teachings would lead you to worship other gods, we must give ‘em an F. So it is important to carefully judge what the prophet says, whether it lines up with the scripture, and whether their god and THE God are one and the same. Jehovah, the very limited god of the Watchtower Society, who doesn’t even know the future, for sure, but learns as he goes, is certainly not THE God of the Bible. The god of the Mormons, who is only one of many gods, according to their teaching, is obviously not THE God of the Bible. Same holds true for the man-made gods of all the cults.

Jehovah’s Witnesses, Mormons and many others use Matthew 7:15 out of context to claim their group is the true Christian group because they are doing the very bestest good works. We’re the only ones going door to door,” boasts the JW. “We are the only ones baptizing for the dead,” boasts the Mormon. And of course they claim to be speaking for God while making false prophecies and teaching false doctrines. Give them an F.

I suppose we spend 40-50% of our time on the phone or by email helping people who have left cults and come to the faith understand how to read the Bible in context, to unwind the false teaching they have been fed and provide a defense against another religious con-job. It is amazing how many people escape one cult, just to be snagged by another, because they had not learned to judge the true from the false. Not understanding grace, they think there must be some way they can earn God’s favor by their own merit. They need to know that any paltry good works they could ever produce falls far short of God’s righteousness, and that no one is saved by their works but ONLY by faith in Jesus. It’s a gift – a free GIFT.

But it’s important that Christians who have never been in a cult to understand the necessity of recognizing false teachers and false prophets as well. Jesus would not have spent so much of His time warning us not to be taken in by false prophets, if it was impossible for Christians to be fooled! And it’s not just the cultist that comes to your door, but the false ideas we are exposed to every day in our culture that can entrap people. Christians can and do get mixed up in false teachings and false groups and movements. Some fall away from the faith entirely. For your own sake and the sake of your children and others, don’t be one of them.Ω