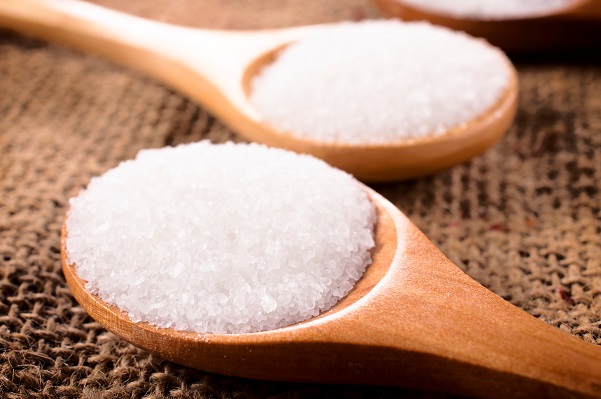 Walk in wisdom toward outsiders, making the best use of the time. Let your speech always be gracious, seasoned with salt, so that you may know how you ought to answer each person. (Colossians 4:5-6 ESV)

Last week’s blog, “Jesus Transgendered?” presented our thoughts (Joy’s and mine) on Huffington Post, and in particular the HuffPO blog by Suzanne DeWitt Hall, “Jesus: The First Transgender Man.” To our surprise, Suzanne DeWitt Hall commented on the blog, and within a day or two posted another blog of her own, “Christians Turn Love into a Four-Letter Word.” We hadn’t really anticipated doing anything more on this thread, but over the last few days it has been niggling away at my brain on multiple fronts.

There are some biblical issues she raised which we’ll touch on, but we feel compelled to touch on the mistreatment of her by those claiming to be Christian. In her piece, “Christians Turn Love into a Four-Letter Word” she had taken screen shots of responses to her original piece from her “Twitter, Facebook, personal message, and a variety of comment threads” and pasted them into the post. You can look at the comments for yourself, but there is no doubt they were just plain nasty and revolting, wishing for DeWitt Hall to be stoned, struck by lightning, shot, and more. If the posters who wrote such things are indeed Christians, we’d have to say they are at best spiritually immature and biblically illiterate. Why do we say that? The same passages which condemn homosexuality also condemn “revilers”:

Do not be deceived: neither the sexually immoral, nor idolaters, nor adulterers, nor men who practice homosexuality, nor thieves, nor the greedy, nor drunkards, nor revilers, nor swindlers will inherit the kingdom of God. And such were some of you. (1 Corinthians 6:9-10 ESV)

For people will be lovers of self, lovers of money, proud, arrogant, abusive, disobedient to their parents, ungrateful, unholy, heartless, unappeasable, slanderous, without self-control, brutal, not loving good, treacherous, reckless, swollen with conceit, lovers of pleasure rather than lovers of God, having the appearance of godliness, but denying its power. Avoid such people. (2 Timothy 3:2-5 ESV)

When engaging in the difficult issues of our time, there is a place for satire, but the behaviors which are being exhibited in these nasty responses are condemned right along with sexual sin. We at MCOI as well as other apologists and missionaries to cults and other religious groups spend a great deal of time with people with whom we disagree, and we try to stay focused on the issues. Scripture militates against personal attacks. As Paul wrote:

Walk in wisdom toward outsiders, making the best use of the time. Let your speech always be gracious, seasoned with salt, so that you may know how you ought to answer each person. (Colossians 4:5-6 ESV)

Suzanne DeWitt Hall’s initial comments to our blog were kind, and she exhibited a bit of tongue-in-cheek humor at the end. I could be completely wrong, of course, but my sense as I read some of her material is that she is or tends towards Roman Catholic theological liberalism. In this theological view, the Bible is not inspired so much as inspiring. It is not history but rather His-Story. A sort of fables for faith. Again, this is simply my guess based on certain things she has said in her writings. In her explanation about “Jesus: The First Transgender Man” she wrote that she was:

pondering God’s awesome HOW in creating Eve to be woman, and Jesus to be man. The scriptures do not give us insight into what went on at the sub-cellular level.

While it is true that often Scripture doesn’t give us the mechanics of the faith (how God does things) it does give us the essentials of the faith. We are told that God spoke and the universe came into being. He parted the Red Sea and the water stood up on edge. How did He do that? We are not told. We are sometimes given glimpses or snapshots of the process. God created dirt (when he called the universe into existence) and from the dust of the earth he fashioned Adam. So, although dust was a building component, Adam wasn’t created as a human trapped in dust, self-identifying as a human. We are told that God created him fully human from the beginning. Similarly, we are told that God used a rib from Adam’s side and created a female, Eve.

So God created man in his own image,
in the image of God he created him;
male and female he created them. (Genesis 1:27)

Eve was a separate creation and was created female. She was not created as a male that then needed to have her gender changed. Regarding Jesus being the first transgendered man, as we pointed out last week, we know this is untrue using the historical/grammatical interpretation of scripture. Here she engages in doing the very thing she accuses literalists of doing:

Of course they don’t actually do that; they impose their own filters on stories and phrases to fit their particular ideology.

Mary supplied the egg, but the text tells us that the Holy Spirit caused the fertilization of the egg. So, Mary didn’t supply any more of the DNA than any other mother supplies for their offspring. As is always the case in conception, a new human with their own distinctive DNA came into existence. But, in order to cause the story to fit her own “particular theology,” she imposed her own filters and colored in the blank spaces of Scripture.

This brings us to one last point. In her most recent post, “Christians Turn Love into a Four-Letter Word.”

Suzanne DeWitt Hall includes a thank you comment from a transgender person and then writes:

This woman is simply trying to live out her life the way God, who doesn’t make mistakes, designed her. And in doing so, she is considered by Christians to be worse than a child predator.

We could devote several posts just to address the issues raised in these two sentences, but we will try to be brief. First, simply because an individual is pulled toward certain feelings or behaviors is not evidence that those attractions or feelings are “good” or from God. If Ms. DeWitt believes they are, then she should be fighting just as strongly for child predators who, using her argument, are “simply trying to live out” their lives “the way God, who doesn’t make mistakes, designed” him or her.

The biblical understanding is far different. God’s creation in the beginning was perfect. All was “good.” However, our ancestors brought imperfection into God’s perfect creation when Eve was deceived into sin and Adam willingly sinned. All humans, with the exception of Jesus, are born into a sinful world and marred with a sin nature, a warped bent towards doing what is “not good.” The desires, emotions and behaviors God gave us as part of creation can be and are often corrupted. God built sexual desires into human beings, but sinful humans have corrupted the original design in exchange for something else. Paul lays out 3 such warped exchanges in Romans Chapter 1.

Child molesters, rapists, and others can and often do believe that God made them the way they are, with the desires and compulsions that they have. Bible believing Christians would consider such desires and compulsions to be old fashioned “temptations,” which do not come from God. All human beings are tempted to do wrong, though not in all the same ways, certainly. We are all battling something. Calling one’s temptations natural or God given does not make them so. Temptations to engage in behaviors that God condemns are to be resisted, not accepted as normal.

So again, in order for Suzanne DeWitt Hall to be consistent, she should be defending child molesters, rapists, those who engage in bestiality and other warped practices, who are, after all, “simply trying to live out” their lives “the way God, who doesn’t make mistakes, designed” them. Otherwise, we’ll have to conclude that she is inconsistently selective when simply imposing her own filters on stories and phrases to fit her particular ideology. Nevertheless, we certainly do not wish any harm to come to her.Ω