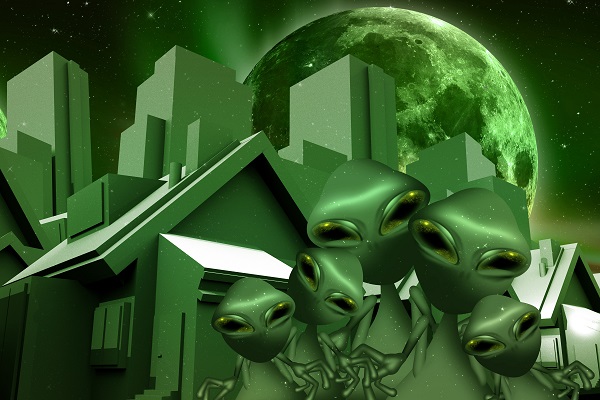 Biblically speaking, Christians are strangers and foreigners in a strange and foreign land. We are to be ambassadors for Christ for our time on Earth, though our true citizenship is already in heaven. As ambassadors, how should we interact with the lost in our culture?

In 2013, we wrote a blog entitled, “Walking in Their World.” In the blog, we mentioned a group of about 300 “vampires” that gathered in a local park on a regular basis to participate in what turned out to be a role playing game. The response of some of the area churches, according to the concerned Christian who called me, was to show up with bull horns to tell the “vampires” to repent. Perhaps unsurprisingly, the bullhorn method was not very effective – at least not in a good way. When a group of us went out to the park and spent time with these kids, to understand what they were actually doing, they were shocked that Christians would take the time to sit down, ask questions and talk. Because of their experience with the bullhorn folk, they had gotten the idea that Christians were hate-filled and judgmental. But talk we did, about worldviews and how we know what is true. After a couple of times, several of the “vampires” actually became believers.

Gay people also tend to have a similar view of Christians because of what they have seen from groups – claiming to be Christian – like the infamous Westboro Baptist Church, and Repent America, who show up at various events with large picket signs to announce that “God hates Fags.” Obviously these groups do not want to reach out to the lost, but merely to condemn them. They have adopted an “us vs. them” attitude, with “their side” being the pure and holy ones. It must be said that Westboro Baptist Church is a cult group, and the vast majority of Christians completely disapprove of their repugnant tactics but that none-the-less becomes the public face of Christianity to many in that life style.

One of the major problems with a pugilistic approach to evangelism, besides the fact that Jesus loved sinners (like us!!!) and that we are told to speak gently to those who are in opposition to the gospel – is that it assumes that all people have a common view of Who God is. There was a time when we could merely pass out tracts like “The Four Spiritual Laws” or “Steps to Peace with God,” and the average person might be persuaded by what they read therein – because they lived in a culture where the Christian worldview predominated. But that time has passed. Today a tract like that might elicit the question, “Steps to peace with which god?” Today it has become more important than ever to do what we call “pre-evangelism” and to take time to get to know those you want to reach, and understand where they are coming from.

I was reminded of this as I read the blog article, “I went to a strip club”  by Anna McCarthy. She had been invited by a group of pastor’s wives to go and spend time ministering to the women who worked at the strip-clubs. Her description of why she accepted the invitation is important – and her apprehension and views of what she thought she was walking into is what most Christians might think. Anna describes her initial awkwardness and then her surprise that the people she met were “so normal.”

They showed pictures of their children, talked of pregnancy (I was pregnant at the time) chatted about trying to get back in shape after having a baby, etc. It was SO NORMAL.

But, as we talked, and I looked into their eyes, I saw women – young, broken women. Who had stories, probably much like mine or yours.

We didn’t stay long. They had a shift to work, and we didn’t want to overstay our welcome.

But, as we left, they thanked us.

Many of the pastor’s wives faithfully continued showing up each month and after a year, they received permission to leave a prayer box on the premises. Lo and behold, the woman had begun to trust them enough to actually leave prayer requests, which were then taken and prayed for. Anna, who was not able to participate for quite a while but was praying for them, shares a conversation she has with one of the wives:

She said, “The women are starting to reach out more. I’ve been texting with one and getting to connect with her a bit deeper.”

We talked a bit more and she turned to me and said something that I am still rattled by.

“You know what one of them said to me last time?”

“She said that she was so glad we come to visit them because we’re not like the other churches.”

She said, “Apparently other churches send them hate mail. ALL THE TIME”

We believe that most Christians – certainly our dear readers – would never take the “bullhorn” or “hate mail” route in their evangelistic efforts. The Christians we know are very aware of their own sins and failings. Yet we do recognize that many would far prefer to keep their distance from those outside the camp, especially those who seem waaayyyyy outside the camp. It is far easier to stick with our own kind, so to speak. But, we can’t reach people if we do not know them – and if they do not know us, but are only familiar with unlovely stereotypes of Christians.

Not all Christians have the ability nor the calling to go out in the park to meet and dialog with wannabe “vampires.” However, most of us will have people come into our lives that are lost, that need us to care enough to point them to Jesus, as the answer to their eternal need. And most of the time, we won’t care about people if we see them as an enemy, and avoid getting to know them. We need to see people as God sees them, and let them see the love of Christ in you. Care about them, pray for them, and ask questions which might lead to opportunities to share with them “the hope you have within you.”Ω