The King You Have Chosen for Yourselves 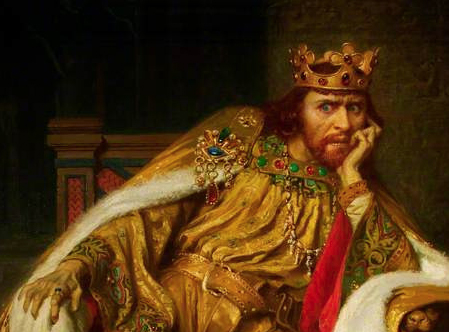 Russell Moore, President of the Southern Baptist Convention’s Ethics and Religious Liberty Commission, said in a Washington Post op-ed recently: “The word “evangelical” has become almost meaningless this year, and in many ways the word itself is at the moment subverting the gospel of Jesus Christ.”

He’s started calling himself a “gospel Christian” which is, I suppose, is just as good as “Christ Follower” which is popular. 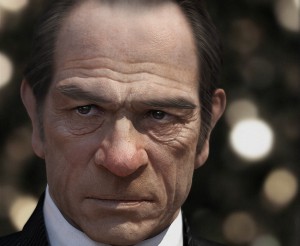 Moore says there’s several reasons for this. First there’s a problem with the media claiming to know what Evangelicals think:

[Members of the media] don’t distinguish in election exit polls between churchgoers and those who merely self-identify as “born again” or “evangelical.” Many of those who tell pollsters they are “evangelical” may well be drunk right now, and haven’t been into a church since someone invited them to Vacation Bible School sometime back when Seinfeld was in first-run episodes.

The second cause for the evangelical broad brush treatment is the behavior of public officials who claim to be evangelicals:

I have watched as some of these who gave stem-winding speeches about “character” in office during the Clinton administration now minimize the spewing of profanities in campaign speeches, race-baiting and courting white supremacists, boasting of adulterous affairs, debauching public morality and justice through the casino and pornography industries.

Why are many evangelical leaders, including some who pontificate on nearly everything else, scared silent as evangelicalism is associated with everything from authoritarianism and bigotry to violations of religious freedom? How can they look the other way in silence when politicians praise Planned Parenthood and demur about white supremacists and neo-Nazis?

Why wouldn’t we think that a degeneration of theological orthodoxy and literacy among evangelicals wouldn’t affect their discernment when it comes to politics? Evangelical rationalizing isn’t the disease, its the symptom of a general apathy toward doctrine in favor of the feelz, and the feelz here seems to be anger and resentment:

Many evangelicals feel increasingly powerless, beaten down, aggrieved and under attack. A sense of resentment, or a “narrative of injury,” is leading them to look for scapegoats to explain their growing impotence. People filled with anger and grievances are easily exploited. As the great Christian apologist C. S. Lewis wrote, “We must picture hell as a state where everyone is perpetually concerned about his own dignity and advancement and where everyone has a grievance.”

Is it any wonder that as Peter Wehner writes: “For some evangelicals, Christianity is no longer shaping their politics; with Mr. Trump in view, their faith lies subordinate.”  Lewis puts the same sentiment in the mouth of the demon Screwtape:

Let him begin by treating the Patriotism or the Pacifism as a part of his religion. Then let him, under the influence of partisan spirit, come to regard it as the most important part. Then quietly and gradually nurse him on to the stage at which the religion becomes merely part of the “cause”… Once you have made the World an end, and faith a means, you have almost won your man, and it makes very little difference what kind of worldly end he is pursuing.

In light of Screwtape’s words, consider this comment by a self-described Evangelical sent to Wehner:

I think we have likely slipped past the point of no return as a country and I’m desperately hoping for a leader who can turn us around,” one evangelical wrote me. “I have no hope that one of the establishment guys would do that. That, I believe, is what opens people up to Trump.”

The point of no return? Return to what? An Evangelical utopia? A safe place to raise our kids without them having to face ridicule for their beliefs which Jesus promised we would face? It reminds me of the crowds that called for a king to sit on the throne of Israel when Samuel had repeatedly told them only God was supposed to be the only one who occupied that particular piece of real-estate:

Then all the elders of Israel gathered together and came to Samuel at Ramah  and said to him, “Behold, you are old and your sons do not walk in your ways.Now appoint for us a king to judge us like all the nations.” But the thing displeased Samuel when they said, “Give us a king to judge us.” And Samuel prayed to the Lord. And the Lord said to Samuel, “Obey the voice of the people in all that they say to you, for they have not rejected you, but they have rejected me from being king over them.                        (1 Samuel 8:5-8)

God was supposed to be their king. Notice too the reason they were so sure they wanted a king like the other nations:

But the people refused to obey the voice of Samuel. And they said, “No! But there shall be a king over us, that we also may be like all the nations, and that our king may judge us and go out before us and fight our battles.” (8:19ff)

They wanted a king to fight for them instead of, you know, the battle belonging to the Lord. Not to wrench the text out of context but this sounds like what so many Evangelicals are looking for. In 1 Samuel, God says that Saul is the King “you have placed over yourselves” (8:18) in contrast with David who is “A man after God’s own heart” (13:14)

Too many evangelicals are so tired of being pushed around that they want a pit bull of a king and they are willing to put up with mad ruler who throws spears at good men and consults witches. 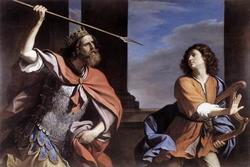 In the year that King Uzziah died I saw the Lord sitting upon a throne, high and lifted up; and the train of his robe filled the temple. (Isaiah 6:1)

Did you catch it? The death of the King of Judah would have been a time of great anxiety. Who would lead and defend the tiny kingdom of Judah from the hostile forces that surrounded them on all sides? Would the faithful remnant survive?  Isaiah had the veil lifted and he saw the Lord still on his throne. Israel may have traded their God for a succession of mad kings, but God hadn’t traded his covenant with Israel. He was still their King no matter what.