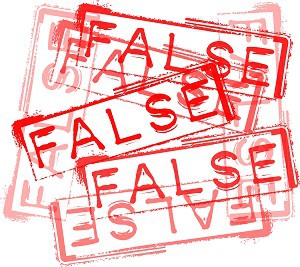 Now the Evolutines gathered their armies together to battle, and were gathered together in the name of Science, which rightly belongs to God; they encamped between Science and Mythology in Cyberspace and elsewhere. And King Compromise and the men of spiritual Israel were gathered together, and they encamped in the Valleys of Dayage, Gaptheory, and Metaphora, and drew up in battle array against the Evolutines. The Evolutines stood on a mountain on one side, and Israel stood on a mountain on the other side, with a valley between them.

And a champion went out from the camp of the Evolutines, named Piltdown, from Untruth, the letters after whose name were six and then some. He had brazen, a priori assumptions in his head, and he was armed with a coat of error made from the fabric of observed phenomena, and the cut of the coat revealed 5,000 mistakes. Moreover, he had liberal theology as armor on his legs and an edited Bible between his shoulders. Now the stuff of his spiel was interwoven with great hubris, and his peer-reviewed articles weighed-in heavily with biased minds; and professed Christianity went before him like a shield.

Then he stood and cried out to the armies of Israel, and said to them, “Why have you come out to line up for battle? Am I not an Evolutine, and you the servants of King Compromise? Choose a man for yourselves, and let him come down to me. If he is able to debate with me and overcome me, then we will abandon the dogma of evolutionism. But if I prevail against him and overcome him, then you shall admit that all your talk of a glorious Redemption in Jesus is nothing more than religious myth, like the story of Eve being made of Adam’s rib, Methuselah’s life span, all the miracles of the prophets, Christ, and the apostles: and, in fact, all of your fairy tale Book.”

And the Evolutine said, “I defy the armies of Israel this day; give me a man, that we may fight together.”

When King Compromise and all Israel heard these words of the Evolutine, they were dismayed and greatly afraid.

Now Rev. Kriatid was a nobody in the world’s eyes, who fed his Father’s sheep by the grace of the Chief Shepherd, Who had been born at Bethlehem. And the Evolutine drew near and presented himself 40 days, morning and evening. So Rev. Kriatid rose early in the morning, and he came to the camp as the army was going out to the fight and shouting for the battle. For Israel and the Evolutines had drawn up in battle array, army against army. And Rev. Kriatid came and greeted his brothers.

Then as he talked with them, there was the champion, the Evolutine of Untruth, Piltdown by name, coming up from the armies of the Evolutines; and he spoke according to the same words. So Rev. Kriatid heard them.

And all the men of Israel, when they saw the man, fled from him and were dreadfully afraid. So the men of Israel said, “Have you seen this man who has come up? Surely he has come up to defy Israel; and it shall be that the man who overcomes him, the King of Kings will enrich!”

Then Rev. Kriatid spoke to the men who stood by him, saying, “What shall be done for the man who vanquishes this Evolutine and takes away the reproach of compromise from Israel? For who is this uncircumcised Evolutine, that he should defy the Armies of the Living God?!”

And the people answered him in this manner, saying the King of Kings would greatly enrich the conqueror of the Evolutine.

And King Compromise said to Rev. Kriatid, “You are not able to go against this Evolutine to fight the good fight against him; for you are merely a Biblical preacher, but he is wondrously educated in evolutionism from his youth.”

But Rev. Kriatid said to King Compromise, “Your servant pastors his Father’s sheep, and when cultic doctrine or heresy comes and takes a lamb out of the flock, I go out after it and strike it, and deliver the lamb from its mouth; and when it arises against me, I catch it by its twisted doctrine, and strike and expose it, as per Ephesians 5:11. Your servant has rescued those trapped both in cultic doctrine and heresy; and this uncircumcised Evolutine will be like one of them, seeing he has defied the armies of the living God!”

So King Compromise offered Rev. Kriatid a panoply that was much like Piltdown’s, trying to put similar a priori assumptions into his head, and trying to clothe him with a similar coat of error.

Then he took his Shield of Faith in his hand; and he chose for himself five smooth stones from the joyfully bubbling Brook of Living Water:

So the Evolutine came, and began drawing near to Rev. Kriatid, and his Shield of Professed Religion went before him. And when the Evolutine looked about and saw Rev. Kriatid, he disdained him, for he was only a Biblical preacher (and not very good-looking).

gods, Evolvogon and the Baal of Galapagos. And the Evolutine said to Rev. Kriatid, “Come to me, and I will give your flesh to the archaeopteryxes of the air (?) and the wolf-whales of the field (?) !”

Then Rev. Kriatid said to the Evolutine, “You come to me with devilish wisdom, with overweening arrogance, and with pseudoscience. But I come to you in the name of the LORD of Hosts, the God of the Armies of Israel, whom you have defied. This day the LORD will deliver you into my hand, and I will strike you and take from you your ability to deceive. And this day I will give the carcass of the dogma of evolution to the specially created birds of the air and the specially created wild beasts of the field, that all the Earth may know there is a God in spiritual Israel. Then all this assembly shall know the LORD does not promote true faith with the compromising words of the smarmy army; for the battle is the LORD’s, and He will give you into our hands!”

So it was, when the Evolutine arose and came and drew near to meet Rev. Kriatid, that Rev. Kriatid hastened and ran toward the army to meet the Evolutine. Then Rev. Kriatid put his hand in his bag and took out a stone; and he slung it! He made a direct hit on the Evolutine’s hard head full of error, so that the truth sank in, and Piltdown repented with his face to the Earth.

Thus in love, Rev. Kriatid prevailed over the Evolutine with Scripture rightly divided, which struck the former Evolutine champion, piercing to the division of soul and spirit, of joints and marrow, discerning the thoughts and intentions of his heart, and soundly converting him. But there was no compromising weapon in the hand of Rev. Kriatid.

“For the weapons of our warfare are not carnal but mighty in God for pulling down strongholds, casting down arguments and every high thing that exalts itself

against the knowledge of God, bringing every thought into captivity to the obedience of Christ …”(Cf.1 Samuel 17, 2 Corinthians 10:4,5)Ω

Midwest Christian Outreach, Inc. would like to thank Pastor Keith Graham for his second contribution to the Journal. Keith was a 1978 graduate of what was then named the Theological Seminary of the Reformed Episcopal Church. His ministerial credentials are in the P.C.A. (Presbyterian Church in America). He is  47-years old and is happily married to his wife, Jeanette. They are living in New Jersey, where  Keith  is currently seeking a new pastoral call, most recently having been pastor of  The Locktown Presbyterian Church, near Flemington, NJ