Sometimes a Cigar is Just a Cigar 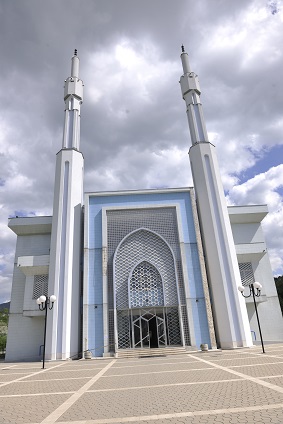 “Sometimes a cigar is just a cigar,” was a statement attributed to Sigmund Freud by Allen Wheelis in a 1950 article in “Psychiatry” which was a medical journal.1http://quoteinvestigator.com/2011/08/12/just-a-cigar/ The point of the statement is that things are very often just as they appear to be, rather than the fantasy projections that Freud, or today’s conspiracy-minded people would have you believe the “real truth” is behind the proverbial curtain. “Sometimes a cigar is just a cigar,” and does not subconsciously represent dear old dad, a part of his anatomy or something equally ridiculous.

But we find that some people are always perceiving nefarious motives behind the overt actions of people they wish to discredit. We find this with liberal theologian David Gushee2https://en.wikipedia.org/wiki/David_P._Gushee who claims to be an “evangelical progressive,” and being consistent with that worldview supports LGBT and other issues dear to the hearts of the radical left. Gushee has recently again weighed in on the situation concerning Professor Larycia Hawkins and Wheaton College. You may recall that Professor Hawkins made the news when she announced that she would begin wearing a hijab to show “solidarity” with her “Muslim sisters.” So far we haven’t found evidence that she has come out in solidarity with her Christian sisters who are being raped, stoned and beheaded at the hands of Muslims, but that is perhaps a different discussion for another day. The leadership at Wheaton said little about the hijab issue, until she also announced that Jews, Christians and Muslims all worship the same God. Her stand made the national news and appears to have been “the straw that broke the camel’s back” for the leadership of Wheaton College. Hawkins and Wheaton College have come to some resolution, the details of which have not been made publicly available, but it does not appear that Dr. Hawkins and Wheaton College have come to theological agreement, and are at this point amicably parting ways.

David Gushee in his recent piece for Religious News Service, “Why this resolution of Hawkins case is bad news for American evangelicalism” posits:

I suggested a month ago that the theological question was secondary rather than primary. I believed that what got the ball rolling was that a highly visible, politically progressive, theologically evangelical, African-American female professor had run afoul of the conservative Wheaton political culture multiple times — this last time because she expressed visible, physical solidarity with Muslims at a most inopportune moment in the American and evangelical political context. Nothing I have heard since has changed my view.

So, in Gushee’s view, the theological issue was merely a ruse, a distraction to cover for the misogynistic, chauvinistic, racist culture that he believes is Wheaton College. According to this thinking the “real issue” was that she was a Black female who leaned politically left. Of course the facts are she had been at Wheaton for 9 years, and was a Black female who leaned politically left for all those 9 years, with no attempt to have her removed by the leadership at Wheaton. But a cigar is not a cigar when darker motivations can be imagined and alleged. Simply because theology is not important to David Gushee, one should not suppose that it is unimportant to Wheaton College or Evangelicals as a group. The professors at Wheaton are a diverse group, not in lockstep agreement on all things, and as all solid academics do, they wrestle in the world of ideas. But the theological question on the nature of God is an essential one for Evangelicals.

This past weekend, I spent some time on the phone with Dr. Norman Geisler talking about this issue, and he raised an interesting point. He noted that there is another option to be considered, that a false being – a demonic entity – may have said some true things about the One True God in the Qur’an. Cult theology 101 – Demons are perfectly capable of mixing truth and error in creating false religions. JW and Mormon beliefs, along with many more other groups we could name, rely upon information their leadership received from “angels.” Oddly, early on, Muhammad also believed he was hearing from demons. My question to Dr. Geisler was, if true things about God are recorded in the Qur’an, does that mean, as Dr. Hawkins claims, that Muslims, Christians and Jews worship the same God? His response was quick and unequivocal. “No.” He then went on to explain why. “Worship” means “worthship,” which is essentially “saying true things about the true God.” It is ascribing, recognizing, pointing out to one another and agreeing with the true things about the true God. It is “worthship.” In this discussion it means recognizing the attributes, nature and right description of the being to whom we are rendering “worthship.” Muslims, like Jehovah’s Witnesses and others, deny the very nature of God – Who manifested Himself in human flesh which was sacrificed on a cross for the sins of the world, and then resurrected and reunited with His human body. The Father revealed that He has a Son who is the One Who did these things and to Whom we give honor and, yes, worship. We are saying true things about the True God.

So, the elements in the Qur’an which are true about God may point them to Him, but until they abandon the worship of the false God of Muhammad’s invention or a demon’s deception – or some combination of the two – they are not “worshipping,” the true God. They are not “saying true things about the True God” of Abraham, Isaac and Jacob. Or, as Eric Pement, executive director of EMNR, puts it, “Christians and Muslims may refer to the same being, but do not worship the same God.”