Harry Potter: Sorcery and Fantasy
Weighed Down With False Doctrine 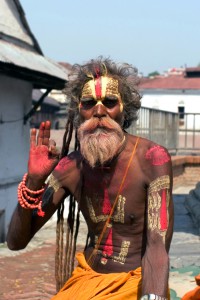 Many have claimed the real story of Jesus is different from the records of the New Testament. As early as the second century different cults were claiming to have found new information. All claimed the lost years of Jesus’ childhood as their basis. In Part 1 of this series we discussed the new form this has taken in recent years where Jesus is claimed to have travelled to India to become a Buddhist. The article that focused this point was James Hanson’s “Was Jesus a Buddhist?” He claimed that history and dogma proved this claim. He utilized Jesus’ lost childhood years to show when this supposedly happened. We have already addressed in Part 1 the New Testament does not know of lost years. Through summary statements of the past we saw the Gospels knew exactly where Jesus was – Nazareth. We demonstrated by the reactions of the people of Nazareth that they were not surprised by a supposed reappearance of a forgotten person but by a questioning about the claims about one whom they knew had grown up in their community.

The New Testaments reliability is demonstrated in the small time gap between event and record written down by the eyewitnesses. There is a time gap between the writing of the New Testament and the events it recorded. This is not the question, though. The real question is how long is the gap? The longer the gap the more likely the occurrence of legendary and mythical materials with in the document. Baseline to this is around 250 years1Groothuis, Douglas. Revealing the New Age Jesus: Challenges to Orthodox Views of Christ, Downers Grove: InterVarsity Press, 1990, p 121 A legend take time to grow, develop, and gain influence. Without sufficient time to develop, a legend becomes incredibly hard to propagate. Too close to the timeframe, it can be shown to be false. Time is also needed for a document to circulate, but the shorter the timespan the more likely the testimony recorded is reliable.

The gospels are riddled with eyewitness testimony. Luke begins his gospel explaining that he has gathered the eyewitness testimony and source material for the accounts he is about to give (Luke 1:1-4). The gospel is not one of a crafty narrator, but of a historian or lawyer presenting evidence before people for consideration. It is does not appear to be a copy-cat claim either. The gospels consistently get names, dates and places correct in their correspondences10Evans, Craig A. Jesus and His World: The Archeological Evidence. Louisville: Westminster John Knox Press, 2012, p 9 The documents breathe of accounts of people who were there.11F.F. Bruce, The New Testament Documents: Are They Reliable? Grand Rapids: William B. Eerdmans Publishing Company, 1981, pp 42-43 and 123 These are not narratives made up in a faraway country where some nobody was trying to prove a point by fairy tales, but of people testifying to what they saw and heard. Paul in 1 Corinthians 15 is bold enough to challenge anyone who disbelieves to go ask over 500 eyewitnesses. These documents breathe of their testimony, match each other, and are close enough to the events as to not allow for faulty memory or fiction or corruption. In any court case four agreeing witnesses would be sufficient to close a case.

The eyewitness testimony and short timeframe from the event to recording leaves little room for these documents to be claimed as unreliable. This is a fundamental issue. Reliability begets authority. If in a court case a witness is found unreliable in their facts, they are not credible. If they are not credible, they cannot bring any authoritative information to bear on a trial. It is the same with the New Testament. If it is shown unreliable it loses all authoritative value. Yet the gospels were written too soon after the events to allow for legendary material, and the indication of eyewitness testimony does not leave room for fictitious events. If the gospels are reliable then they are the authority to the life of Jesus. This rules out any question of lost years. As discussed in Part 1 the gospels places Jesus in Nazareth during His childhood not India. But should there be any other question a quick look into archeology should be sufficient. To this we will turn to in the next article.Ω

Harry Potter: Sorcery and Fantasy
Weighed Down With False Doctrine