Does God Agree that Muslims and Christians Worship the Same God? 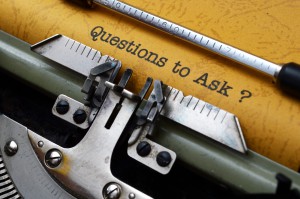 The question of the day is, “Do Christians and Muslims believe in and worship the same God?” There has been a veritable firestorm of debate amongst Evangelicals after Dr. Larycia Hawkins of Wheaton College claimed that we do. “Wheaton College Moves To Fire Professor For Saying Muslims And Christians ‘Worship The Same God’” the debate surrounding Wheaton College to national prominence and conversation, as popular media outlets such as the Huff Post and CNN weighed in on the argument, attempting rather arrogantly to school Christians on theology. As G. Shane Morris points out in the Federalist, the media overstepped its bounds in their condescension towards Christians who hold to the traditional (and correct) view of the issue.

I have fielded a number of emails and phone calls, asking how to properly respond to friends and family who insist Christians and Muslims do in fact believe in the same God. Some appeal to Pope Francis, who asserts that Christians, Jews and Muslims all worship the same God. We rather wonder if Christians and Pope Francis believe in the same God! And sadly we must conclude that the answer is no. The Pope recently stated that “Atheists Who Do Good Are Redeemed, Not Just Catholics.” His statement surprised many at the time, but the position is not so far out, so strange, as it first appears. After all, though many do not realize it, this is the official position of Rome! We find it spelled out in the Catechism of the Catholic Church (1994) which officially states that Muslims “hold the faith of Abraham” (Section 841) and all others (atheists, and other religions) will have eternal life (Section 847). It seems the only ones left out of Catholicism’s “big tent salvation” are those who, like us, understand Rome’s teachings and knowingly reject both their claims and authority. And this Pope in particular seems far more concerned with secular “climate change” malarkey and socialist redistribution schemes than anything approaching true Christian faith. So no, the Pope is not a reliable guide in matters of true Christian faith or doctrine.

Is simply claiming to “hold the faith of Abraham” enough to define the god that Muslims believe in? We think there is a better way to cut through the mental fog and arrive at a satisfactory answer to the question. Instead of depending on human opinion, we can pose a series of questions which God Himself answers in His Word.

Does God know His nature or how He exists? The obvious answer is yes. According to the Bible, He is omniscient (all-knowing) and therefore would know and understand his own existence.

Did God communicate to human beings who recorded His communication and self-revelation? Again, the answer is yes. He sent His holy prophets. Were those true prophets or false prophets? Those He called, guided and inspired were true prophets.

Did those true prophets of God understand everything they had written down? No. As we see in 1 Peter 1:10-12, they didn’t understand the who, what or when about the Messiah, His sufferings and subsequent glory. Many prophecies were shrouded and their meaning obscured until the time for their fulfillment was near. But, their lack of understanding didn’t mean the revelation, which would be later understood, wasn’t there. The same is true of God’s nature. We find a number of passages which describe an elementary Trinitarian view even in the Old Testament.

What about Jesus? Did Jesus know and understand His nature and existence? Again, the answer is an unequivocal yes! Were the New Testament apostles and writers inspired and guided by God as they penned His self-revelation and communication to us? Of course!

In the New Testament, we have a fuller revelation of the Trinity which quotes from and points back to the Old Testament revelation of God’s nature. While the New Testament affirms the Old Testament teaching that there is only One True God, it reveals that the One True God exists as three persons – the Father, Son and Holy Spirit. Throughout scripture, Old and New Testaments, we are taught to follow the One True God and to reject false gods, and the false prophets who promote them. The Bible lays out some guidelines for determining who was indeed a false prophet, In Deuteronomy 18:20-22, God tells His people:

But the prophet who presumes to speak a word in my name that I have not commanded him to speak, or who speaks in the name of other gods, that same prophet shall die. And if you say in your heart, ‘How may we know the word that the LORD has not spoken?’- when a prophet speaks in the name of the LORD, if the word does not come to pass or come true, that is a word that the LORD has not spoken; the prophet has spoken presumptuously…

OK, so anyone calling oneself a prophet of God, whether the founder of a world religion or some guy on TBN, has to pass the authenticity test. Do their predictions prove true – come to pass? This stops most false prophets right in their tracks. It is kind of hard to predict future events when you are not getting your information from God, but from your own imagination. Note that there is no loophole saying that getting one out of five sorta right is OK. The bar is 100% accuracy. But even if his prophetic word does seem to come to pass, there is another hurdle the so-called prophet must overcome to be accepted.

If a prophet or a dreamer of dreams arises among you and gives you a sign or a wonder, and the sign or wonder that he tells you comes to pass, and if he says, ‘Let us go after other gods,’ which you have not known, ‘and let us serve them,’ you shall not listen to the words of that prophet or that dreamer of dreams.

No matter their success at predicting coming events, the so-called prophet must be rejected if they seek to lead God’s people to worship false gods. God further tells the Israelites that they should not only reject such false prophets, but stone them! We are not Old Testament Israelites under the Law – we do not stone false prophets – but rejecting and exposing them is still our duty.

God’s self-revelation in both Old and New Testaments is Trinitarian, regardless of whether the prophets or the Nation of Israel understood it at the time.

Which brings us to Muhammad and the Qur’an. Muhammad claimed to be a prophet. We would agree that Muhammad is a prophet, but is he a true prophet or a false one? Muhammad claimed to speak for a god. The Qur’an contains the communications and self-revelations that he received from this god, whom Muhammad insisted was the one true God, superior to all other gods. Our job is to determine whether this Allah is indeed the One True God which Christians believe in or the god of this world, a false god?

God’s self-revelation in the Hebrew and Christian Scriptures reveals Himself as one substance (God) and three persons (Father, Son and Holy Spirit) and that salvation is by grace alone through faith alone in Christ alone. On the other hand, the god Allah of the Qur’an reveals himself as Unitarian – Allah has no partners and most emphatically, has no Son! Christ is not God, in Islam, but merely a human prophet who did not die on the cross for anyone’s sins. Salvation is by human effort.

So what should we learn from this? The self-revelation by the God of the Hebrew and Christian Scriptures is diametrically opposed to and different than the self-revelation of the god of the Qur’an. Unless God is confused about His nature, the god of the Qur’an and the God of the Old and New Testaments is not the same being, i.e; NOT the same God. So, either the prophets, apostles and writers of the Old and New Testaments were false prophets recording the self-revelation of a false God, or Muhammad is a false prophet recording the self-revelation of a false god. Both self-descriptions cannot be true. One of them is false, and we all are faced with the need to decide which one is telling the truth and reject the other, along with its prophet. And anyone who should know better, but seeks to muddy the waters on the issue for the sake of world peace or unity, or personal power, or popular acclaim, be they a College Professor or the Pope of Rome, he or she will stand before the true God someday and give account for his treachery, and for the souls he led to ruin.Ω

© 2015, Midwest Christian Outreach, Inc. All rights reserved. Excerpts and links may be used if full and clear credit is given with specific direction to the original content