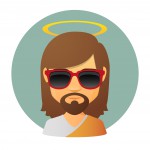 Over the years we have observed a wide variety of groups who outright reject the Jesus of Scripture but somehow feel the need to attach His name to their group or cause in order to give them an air of legitimacy. It happens with world religions, cults, social causes and politics.

Some years ago we took a group on a tour through a Hindu temple. One of our group, not familiar with Hinduism, thought he might take the opportunity to share the gospel by saying that he believed Jesus was God. To his surprise the Hindu tour guide smiled and said yes, he was. The guide proudly explained that Jesus was one of the incarnations of Vishnu. The Hindu Jesus is by no means the Jesus of Scripture and history but by attaching His name to their religious claims, they hope it may influence Christians to give some validity to their claims.

Islam also attaches “a Jesus” to their faith to lend credibility to their claims. Their Jesus is a prophet, a great prophet – not the greatest prophet of course, but pretty gosh darn important. Like the Jesus of scripture, the Muslim Jesus is sinless, but then in Islam all prophets are sinless. The Muslim Jesus certainly is not God, but is a sinless human prophet who preached Islam. Sadly, however, Jesus true teachings have been corrupted or lost, so Muhammad had to be raised up to get the truth back on track. So, again, Muslims teach a different Jesus, a different gospel, and a completely different God – Allah is not the God of the bible – but by attaching some version of Jesus to their system, they believe they add His popularity to their belief system.

Jehovah’s Witnesses also claim to believe in Jesus. Of course he was only “Jesus” while on earth – he was originally created as Michael the archangel who ceased to exist when he sent his “life force” into the womb of Mary. The newly created “Jesus” was not an angel, but was a mere human while on earth who was ultimately crucified (to give mankind the opportunity to save themselves!) and likewise ceased to exist. No more Jesus. L Thankfully, Jehovah then created another archangel he called Michael to replace the human Jesus who the Watchtower says is “forever dead.” The Michael in heaven now never lived or died, and has zero personal connection to “Jesus” or the first Michael, but we can pretend he did if it makes us feel better, I guess. Again, stapling, pasting or otherwise attaching the name “Jesus” to their sorry claims somehow gives them credibility.

Mormons have a different sort of Jesus. He was born on a planet near the star Kolob (wherever that is!) to a god and one of his many Mormon wives. The Mormon “Jesus” became a god like his father before him and his father before him and … well, you get the idea. The good news is we too can become gods and goddesses like all the gods and goddesses before us, keep the women goddesses eternally pregnant, giving birth to a new spirit baby every nine months in order to populate our own planets. You might note that this is a different Jesus and a different gospel from the Jesus and gospel we know. And if you think about it, it doesn’t sound all that appealing for the goddesses, we might add.

The late Sun Myung Moon not only attached a “Jesus” to his church, but claimed he himself was the reincarnation of Jesus who, according to Moon, had failed in his original mission to get married, father sinless children to reign over the world.

Liberal theologians take a slightly different approach. We wrote about the different Jesus of John Dominic Crossan and the Jesus Seminar in “The Hysterical Search for the Historical Jesus.” After all of Crossan’s gyrations we find a “Jesus” that looks remarkably like John Dominic Crossan! A Jesus who came as a social activist to eliminate sexism, racism, poverty and stand up for socialist ideologies:

According to Crossan, the entire truth of the Christian faith has been misunderstood by the vast majority of its adherents. The Bible does not really teach what it has been understood to teach for the last 1900+ years. Jesus may have said that the poor will inherit the earth, but the disciples made up all that miraculous “Son of God” stuff. Jesus was only “resurrected” in the sense that his followers “experienced Jesus as continuing with them after he died,” not that His body actually and factually came out of that tomb. When Crossan’s Jesus performed allegorical “exorcisms,” He was “engaging in symbolic revolution against the occupying power.”

Payment for sin and offering redemption to those who believe is not necessary, but their “power to the people Jesus” gives them some sense of continuity with the Jesus of outdated Christianity, hopefully making their claims more palatable to the slightly less enlightened.

Now we have a relatively new “Jesus” on the scene – the “Jesus” of the Emergent Church. This is a “Jesus” of leftist politics and social action. “Red Letter Christians,” Emergent Christians and other social engineers like using the name of Jesus, but do not care for his teachings overmuch, except for the few they can twist to support their political views. Their “Jesus” wasn’t really opposed to sexual sin, probably approved of homosexuality (maybe even pedophilia), and his true mission was to speak to the issue of income inequality and the necessity of universal “free” health care. Didn’t find that in Scripture? That’s okay. You probably do not have the Brian McLaren secret decoder ring for Scripture. They have created a “Jesus” that supports their socialist ideals by picking and choosing a few “red letter” verses from the gospels out of context. Meanwhile, they ignore the so-called “red letter” verses that claim that Jesus is fully God, and ignore the inconvenient truth that it is this same Jesus Who spoke in the Old Testament – and continued to speak in the New Testament after His crucifixion and resurrection. But yes, they use His name, while denying His power, because it gives them the illusion of credibility. It is all perfectly biblical – Paul told us that false teachers would come proclaiming a different Jesus and a different gospel! (2 Corinthians 11:4).

The Jesus of Scripture was not an angel, did not become a Mormon god – one of millions! – through his own effort, and was not a failure who needs the help of Rev. Moon to fix the mess he made. Furthermore, He was not a mere human prophet playing second fiddle to Mohammed, not an incarnation of Vishnu, and certainly not a socialist community organizer! He is the eternal God of creation, the God of love and redemption, the only hope of mankind. He came to reach people’s hearts and turn them to God. He came to seek and save that which was lost. He came to live a perfect life that we could not live, die a horrible death that we deserve in order to provide salvation to those who call in His name. It won’t be Buddha.