Who is to say? 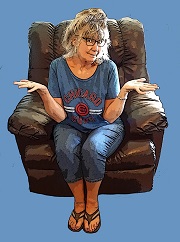 Can an individual or a society truly be morally sound without a rock solid foundation? This question is more important than many will imagine. A society can have an agreed upon set of moral values but if they are not built upon a permanent unchangeable foundation, these “moral values” will not hold – they will surely break down and blow away with every change in public opinion. And public opinion, not anchored to a higher moral law, is nothing but mob rule, and just as capricious.

Like many, we have watched the attention being focused on Planned Parenthood and the accusations that their clinics are sifting through the fetal ruins to retrieve and sell baby body parts to medical labs. We watched as a “doctor,” in between bites of salad, told who she thought were prospective buyers of the necessity of taking care not to crush valuable organs during the abortion procedure, but to instead crush parts of less importance to the buyer. Of course the baby had no voice in this matter, and no vote as to which body parts (or “tissue”) he or she would rather see “crushed” in the process. Planned Parenthood is claiming that it is justified in doing this because the “organs” of fetal non-persons are being used to benefit society, and that the patients gave them permission to “donate” these parts. Again, no permission was asked for or granted by the little human whose body was literally torn limb from limb to provide this “benefit” to society. Furthermore, the organization claims they are not making a profit on these transactions, but are just recouping their costs of harvesting and shipping the “tissue.” Yes, they admit that the videos of abortion doctors calmly discussing fetal death and dismemberment over wine and salad is not pretty, and surely not good optics, but they claim that the callous attitude of these doctors does not represent who Planned Parenthood really is. Of course we might ask why Planned Parenthood should feel embarrassed at all by the callousness and feel a need to explain away what the camera unblinkingly showed. Why should it be considered bad optics to haggle about the price of fetal “tissue” over lunch? Could it be that every person whose conscience has not been completely obliterated understands that those tiny bodies are innocent human beings and thus should be treated as sacred?

We can hope that this hideous exposure awakens the general populace to the horror that Planned Parenthood and the rest of the abortion industry truly is. However, we won’t hold our breath. Planned Parenthood and abortion proponents are already trying to shift the focus off of their evil and inhuman practices and on to the supposed immorality of hidden camera exposes! As we see it, the moral compass of much of America, by which our society judges what is right from wrong, is seriously warped from decades of moral relativism training in our schools and popular culture. Having left the old-fashioned intolerant absolutist Almighty behind us, the popular mantra has largely become, “Who is to say what is right and what is wrong?” So, perhaps it is this relativistic thinking that should be questioned and exposed. On what basis can we, as individuals or society as a whole, decide the morality or immorality of these and other practices?

In 2000 The Sagamore Institute published an interesting piece by Michael Novak titled, “The Moral Ecology of the Twenty-First Century.” Some important observations were made 15 years ago as our national trek to First Century Roman Paganism more permeated our national cultural views:

The great strength of America has been its moral strength–specifically, its biblical and classical moral strength. The United States, like Britain, is a marriage of Jerusalem, Athens, and Rome, as proudly testified to in its architecture, its rhetoric, and its reference points.

“Long before the founding of the American republic,” Gertrude Himmelfarb points out in One Nation, Two Cultures, “Montesquieu explained that ‘virtue’ is the distinctive characteristic of a republic, as ‘honor’ is of a monarchy, and ‘moderation’ of an aristocracy.” Continental Europeans do not share the American obsession with morality; they disparage it as “moralistic.” Their ethos still has lingering traces of their own monarchical and aristocratic heritage–vestiges of class, birth, and privilege that are congenial to a “loose” morality.

“Congenial to a ‘loose’ morality” – now there is an interesting turn of phrase. We hadn’t really thought about it before, but the description of the United States being “…a marriage of Jerusalem, Athens, and Rome…” is helpful and has the added benefit of being true. Our national leaders and public voices have been very busy divorcing us from “Jerusalem” while clinging solidly to “Athens and Rome.” As with all divorce, there is a cost, and in this case the cost is a sound foundation for morality of our public life, which ultimately translates into loss of liberty. As Novak points out, “Liberty depends upon a moral ecology of a certain kind” and “Civil liberty is particularly dependent on public moral standards.” In addressing the concerns of moral decline, Novak wrote:

First, it is clear that public concern over moral decline is high. It has been a fixed principle of American civilization that the natural law of civilization is moral entropy. From high and heroic peaks, civilizations regularly decline, usually within three or four generations. Abraham Lincoln gave a famous speech at the Lyceum to this effect, describing in vivid terms “the silent artillery of time.” Countless events of recent years have reminded the American public of this gloomy fact. On the other hand, Americans also believe in the restorative power of religion. In fact, few in the founding generation could have conceived of long-term moral fidelity apart from religion. According to George Washington, whatever may be said of persons of peculiar character, human experience suggests that apart from religion, moral practices will not long endure

This issue is not really new – it dates back to the first century. For believers, the issue was not living honorably or ethically in the Roman way. With their belief in a holy God and His holy and unchangeable law, they brought a new view to the table with which to challenge the culture. J.P Lange wrote in the commentary on 1 Peter:

Didymus says: “Here is a caution to those who imagine that it is enough for us to lead what is called a moral life, without a sound foundation of Christian faith; and here is a special admonition to the Clergy, to be able to solve doubts and remove difficulties which may perplex their people, and to stop the mouths of gainsayers (Tit. 1:11) and render a satisfactory reason of whatever they do, or teach.” 1Lange, J. P., Schaff, P., Fronmüller, G. F. C., & Mombert, J. I. (2008). A commentary on the Holy Scriptures: 1 Peter (p. 59). Bellingham, WA: Logos Bible Software.

The early believers lived in a thoroughly pagan culture. Most came to the faith out of that pagan culture and so were not surprised that the culture lived and acted contrary to a moral life based on a solid biblical foundation. The early Christians did not challenge culture through public expressions of moral outrage, but rather by explaining to unbelievers why they lived and acted the way they did. As Peter wrote:

…but in your hearts honor Christ the Lord as holy, always being prepared to make a defense to anyone who asks you for a reason for the hope that is in you; yet do it with gentleness and respect (1 Peter 3:15)

Their effective apologetic it seems, triumphed in the first centuries as a result of the Christian being observed living a moral and holy life. Curious observers wondered why. Honoring and serving Christ, the One Who was crucified, died, resurrected Himself and ascending from Jerusalem is the solid foundation for moral living and still challenges the fluid ever-changing “morality” of Athens and Rome.

Sadly, somewhere along the way, America’s one time majority Christian culture has slipped back down into Greco Roman “majority rules” morality. Essentially, society “votes” to determine what is moral or immoral. If it “feels” right to the majority, it is right. If it “feels” wrong, it is wrong. How many times have you heard someone, maybe even one claiming to be a Christian, deny a biblical doctrine by saying something like this – “My God wouldn’t do this, or my God wouldn’t demand that, or, I would never believe in a God that would do that.” If their God agrees with everything they think, or changes his mind willy nilly to keep up with their changing views, you can be assured that their god is their own creation, not the other way around. They are the god they believe in.

Christians follow the same God today that they have from the beginning. Unlike pagans around them, the Christian’s God does not change to keep up with times. Therefore, their morality, their judgment as to what is right and what is wrong, does not change with every whim and fancy of the surrounding degenerating culture. And upon this truth, we must stand.