No Delicious Waffle Fries for You Johns Hopkins (Part 2) 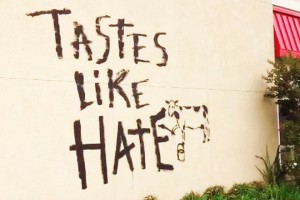 Last blog I wrote about Johns Hopkins student government association’s resolution to bar Chick-Fil-A from ever opening on JHU campus. There were seven reasons the JHU student government cited for their resolution. A few annoyed me but two of them annoyed and frightened me.

JHU’s student government association has set forth a resolution that says if Chick-Fil-A ever thought about bringing its tasty waffle fries anywhere near the baby feelings of the special snowflakes that make up the JHU student body, they will be told you cannot sell your chicken and lemonade here. Why, oh why, would the SGA want to prevent Chick-Fil-a from being able to offer the tastiest chicken nuggets ever? There are two shocking reasons amid the seven reasons mentioned in the resolution: Micro-aggression (which I just noticed is now suddenly a part of my Microsoft word dictionary so neologisms travel at the speed of light apparently) and the President of Chick-Fil-A  was disappointed in the U.S. Supreme Court and dared to say so.

In part 1 I pontificated about micro-aggression. Now I want to address the students disapproval of what CFA president Dan Cathy said in response to the Supreme Court. Quoting from the resolution:

WHEREAS Dan Cathy was disappointed and stated, “Sad day for our nation; Founding Fathers would be ashamed of our gen. to abandon wisdom of the ages re: cornerstone of strong societies”

WHEREAS the SGA vehemently opposes this sentiment.

It is true that as one of my good friends said, “this is just theater” because the resolution is non-binding and the SGA has no authority to bar vendors. It was however, immensely symbolic and passed by an 18-8 vote. Which means that the majority of the SGA thought this very important.

So what’s wrong with shunning a company if even symbolically?

First let’s get the rights question out of the way. Of course the SGA has the right to make this statement. A right is claim to not be interfered with. If anyone suggested stopping the SGA from making its resolution or suing them for it, I would be the first to defend their right. A right however is not a duty or obligation. My claim throughout the last blog was that the SGA had a moral obligation not to prevent Chick Fil A from setting up shop on campus. That is, if the SGA actually prevented CFA from setting up on campus, they would be doing something wrong even though they might have every legal right to do it. The SGA is entitled to disapproval, blame and all around finger wagging if I am right and that’s all.

Two questions present themselves immediately. 1) Is the SGA wrong because they shouldn’t “ban” CFA no matter what Dan Cathy or any other executive at CFA said? 2) Is the SGA wrong because what Cathy said isn’t bad enough to warrant this kind of shunning? The first question is about the limits of toleration for the distasteful, immoral, and hateful, and the second question is about whether Cathy’s remarks are in fact, distasteful, immoral or hateful.

No way we are going to answer the first question in this little blog. If you want a witty and thorough treatment of that question, I suggest picking up the aptly titled Toleration by Andrew Jason Cohen and catch me in a debating mood on Facebook.

Since the second question is less . . . abstract, shall we say? Let’s concentrate on it.

Suppose, for the sake of argument that we should not tolerate the distasteful, immoral or hateful in our CEOS and our eating establishments such that if a corporate executive says something hateful, we would be warranted in banning him from campus albeit symbolically. Does Dan Cathy’s statements rise to the level of bad enough that the SGA would be immoral if it didn’t disassociate with CFA?

It is THE question of our times what acts we should disassociate ourselves from in order to not be complicit in the actions of someone else. Its the heart of the cake wars. 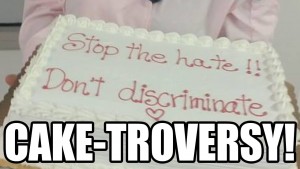 On one side, religious people, primarily Christians because, they are the most vocal and, let’s face it, the most influential demographic for baking ( picking on Muslims is not as popular for some reason.) They say that certain actions (baking the wedding cake, fixing the flowers, photographing the wedding itself) make one complicit in the activity itself. Those Christians protesting and defending religious freedom legislation think they should divest themselves from these actions lest they be said to condone them.

The other side, to put it mildly, thinks this is ludicrous. They argue that no baker or photographer is part of the celebration itself. I don’t even remember the person that baked my wedding cake. And why are you so hung up on letting the bible tell you what to do anyway? No, there must be some other reason for all this angst they say. There must be some hidden reason why anyone would want to deny a loving couple of the means to their nuptials. Hate. It must be hate. Since the reasons against gay marriage are baseless,it must be that deep down these Christians just hate gay people or think they are less deserving of happiness. The bible isn’t a manual for wedding planning, they say,  so it must be hate. Christians just find gay people icky. There could be no other reason at all. Not deep down. 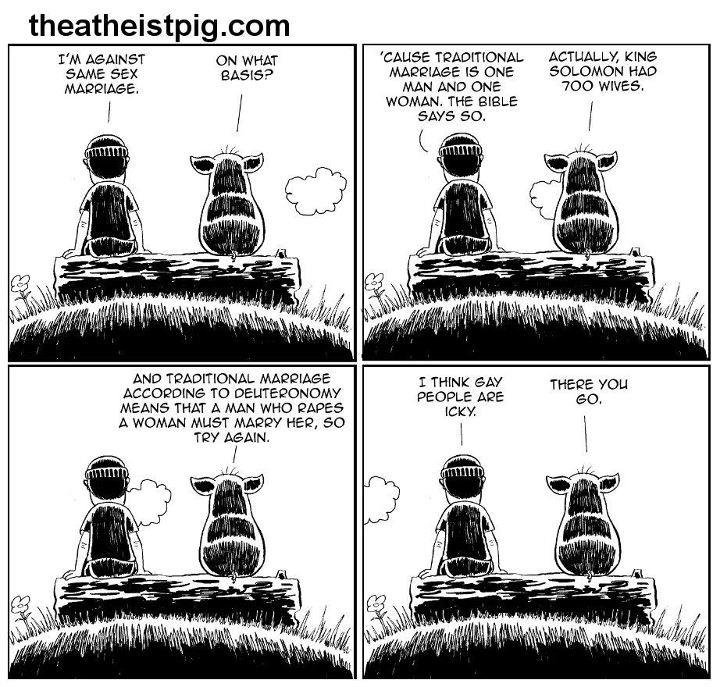 I think that when the Johns Hopkins SGA says they “vehemently oppose” Dan Cathy’s statement that our founding fathers would be ashamed of the Supreme Courts decision, they are in fact thinking something like, “That’s not what he really meant since there is no good reason for any founding father or anyone else to oppose gay marriage. Anyone who says it was a mistake must do so for only one reason: Hate.” or even more so, “We wouldn’t support a restaurant that denied the holocaust or funded neo-Nazi causes.” Also they vehemently oppose the idea that the support of heterosexual marriage only is a “cornerstone of society” or by any stretch “the wisdom of the ages.”

But is it hate to say what Cathy said? Suppose that marriage equality advocates are correct that there is no argument against marriage equality that is rational to hold. Does it follow that those who  still believe it and express disapproval of legislation encouraging it are doing it completely and solely because of hate?

This is, I suspect, the assumption underlying the common analogy between Christians who oppose gay marriage and other hate groups like the KKK. We all agree, I hope, that the KKK has no rational reason for its racist views. But we also think the KKK is hateful. And they are. But not just because they hold on to their racist views in the absence of any credible reasons but rather because they demean, treat as inferior species, Jews, Catholics, and any non-white race. The Nazis did this in spades. No question.

If we honestly look at what Dan Cathy said in that statement there is no explicit vitriol or hatred. There is no attempt to be hateful.There is ostensibly only disagreement and sadness at a state of affairs. It is possible to disagree with gay marriage on religious grounds and not feel hatred but sadness at people who don’t acknowledge what the Christian believes: marriage is not a convention but a metaphysical paradigm of Christ and his church and as such is severely constrained. Some Christians manage to even do this. It is even possible to do this even if same-sex marriage proponents are right and the Christian minority are wrong.

But the fact that many Christians stubbornly hold on to a picture of what marriage is and refuse to associate with what they think is a distortion of that picture, does not necessarily mean you can automatically diagnose that stance with hatred. They may be wrong, but they are not, in virtue of their stand, hateful.

Now here’s an exercise. Replace “Christians” with “Student Government Members” in the paragraph you just read. Go ahead. I’ll wait.

See what I mean?

The SGA is not hateful for wanting to disassociate with CFA but they are wrong. There are no good reasons to think they have an obligation to prevent Chick Fil A from setting up shop on campus and their are even moral reasons to tolerate an entire company in spite of the words of its president. But if the SGA or anyone else stubbornly refuses to admit they are wrong, I won’t make the mistake of thinking they are a hate group for that reason. That is until they decide to demean Christians and treat them as inferior. 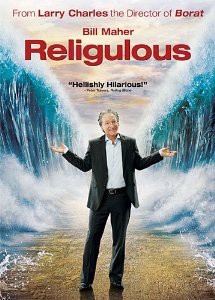